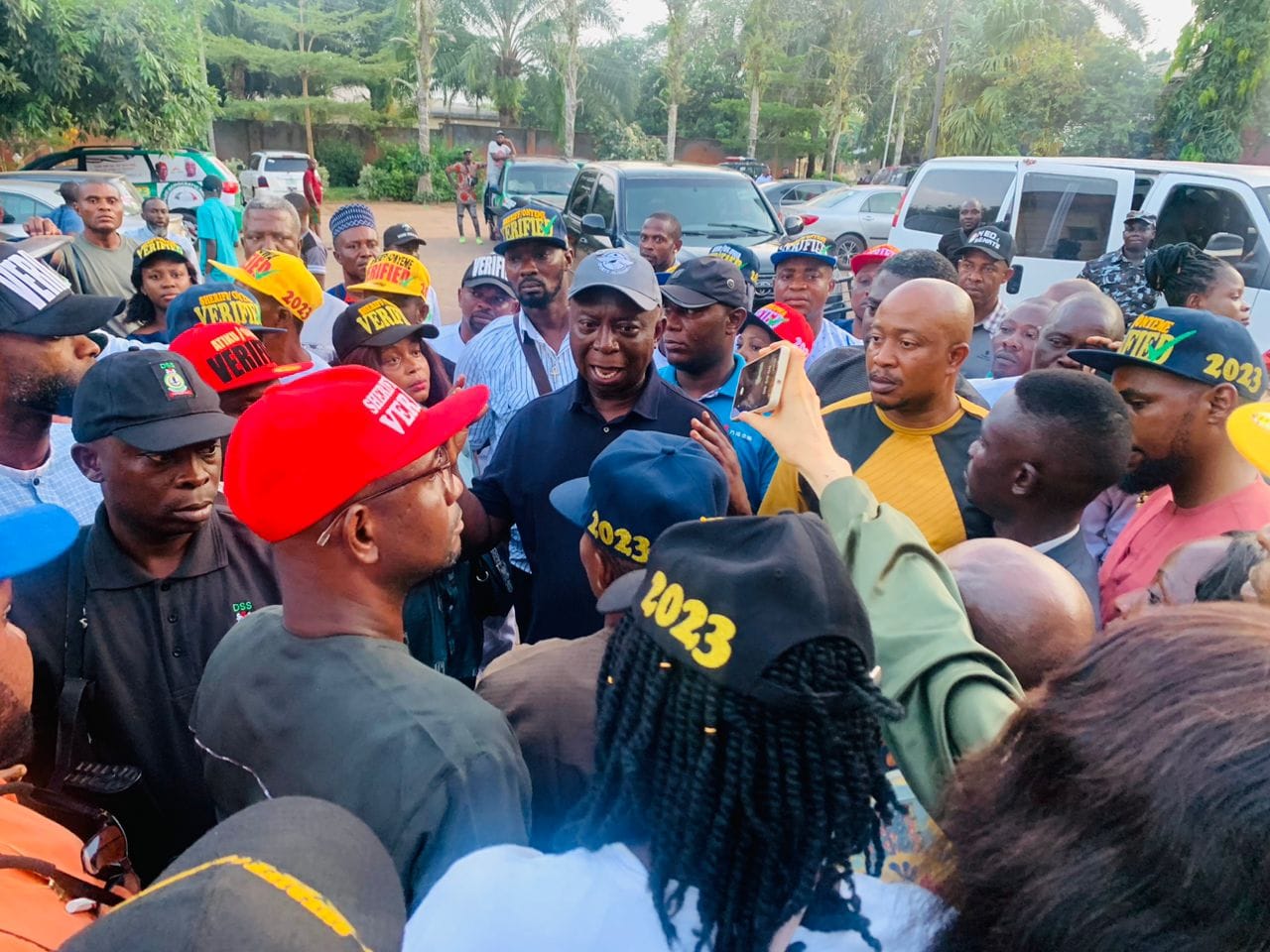 2023: Delta North Members of Accord, Labour Party Drum Support for Ned Nwoko
By: Juliet Ugah
As the people inches closer to 2023 general elections, Delta North members of Accord Party, led by the state senatorial chairman of the party, Chief Fidelis Ifeanyi Ugboko, and Aniocha North Local Government members of Labour Party, ward 1 to ward 10, have declared their full support for Prince Ned Nwoko, the Delta North People’s Democratic Party (PDP) senatorial candidate, in the forthcoming 2023 senatorial election.
Both political parties declared their support for Nwoko, on Sunday, 13 November, 2022, in Nwoko’s country home, Idumuje Ugboko.
The Accord Party members stated that they are giving Nwoko their full support because he is not a novice in politics. The party pledged their full support, stressing that “they are not hiding.”
Speaking on behalf of the party, Chief Ugboko said, “We are here because we want to follow a winner, Ned Nwoko has been helping people, he is not new in the game of politics.
“I assure you that there will not be any foul play in this election. Accord party is solidly behind you! We are not hiding. We will win with you, in fact, our clothes for your inauguration are ready.”
In addition to what Chief Ugboko said, Prince Afamefule Nwaelue, the youth leader, Delta state Accord Party, affirmed that the party is giving Nwoko their full support because he is the man fit for the Job. Stating that they want to celebrate with him as he is celebrating victory.
“We want to celebrate with you as you celebrate your victory. We want to let you know that we are partner in progress because Accord Party is like a husband to PDP.
“After several meetings, we have come to conclusion that you are the best candidate and we are ready to give you our full support. We are solidly behind you sir,” Nwaelue said.
Members of Aniocha North Labour Party, the 10 Wards fully represented, also came pledging their support for Ned Nwoko.
Speaking, the Aniocha North Labour Party woman leader, Mrs Franca Obunwa, said that the party members are pledging their full support for Nwoko because of his simple and philanthropic nature.
She said, ” He is like a father to us. We are supporting you because of your simplicity and kindness.
“I started working for Nwoko right from DPP, and since I started working for him, he has been like a father to me and to everyone around.”
Appreciating the crowd of party members and various pressure groups who willingly came to drum their support for him, Ned Nwoko said, “I am really grateful to you all, I have also had other calls from different parties and groups who are will to support my candidacy.
“I want to assure you that what you are doing is in order, because, if I become a Senator, I will not be Senator to only PDP members. I will be a Senator for everybody. So, it is good we all work together for victory.
“I have worked with most of you before, you all know me and I know most of you. I am here for everybody. My gate has always been opened to all, of which you all can attest to.
“This is why you must focus on PDP all the way, you must endeavour to give your 100percent votes to PDP and ensure that PDP wins at all levels. That way, I will be able to take you to the governor and also to the president without so much protocol.
“It also gives me the confidence to hold them accountable to fulfil the promises they made to you. If you give your 100percent votes, Our Governor, Senator Ifeanyi Okowa, will become the vice president, Ndudi Elumelu will be House of Representatives member, and I will work with them at the federal level to achieve all set plans.
“But if you don’t work hard and another party takes over, then, achieving these plans will be difficult. So, please, I need you to be with me. I am your person in Abuja and also in Delta state, who ever looks for your trouble is indirectly looking for mine.”
Some Accord Party chieftains from Oshimili North who came to declare their support for Nwoko are; Chief Fidelis Ifeanyi Ugboko, senatorial chairman, Benjamin Okolie, Oshimili North Local Government party chairman, Ashiamua Onyeaboh, Aniocha North party chairman, Chief Olise Oforchima, Ndukwa West party chairman, Mr Emmanuel Malie, Ika South party chairman, Charles Chukwuemeka Okwuraiwe, Ika North-East party chairman, Okpunor Maureen, Aniocha South woman leader, Mrs Yogoh Precious, Aniocha North woman leader, Prince Afamefule Nwaelue, Delta state Accord youth leader, amongst others.
Aniocha North Labour Party members who came to represent their various wards include; Mrs Franca Obunwa, Aniocha North woman leader, Sunday Onyemenem, Ward 3 chairman, Momah Joseph, Ward 9 chairman, Udoka Richard, Ward 8 chairman, and Dunkwu Gabriel, Ward 1 chairman.