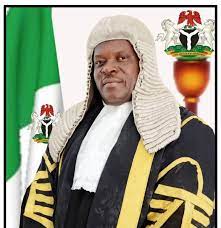 It is no longer news that the Speaker of the Delta State House of Assembly, Chief Sheriff Oborevwori, has, ahead of the 2023 general elections, emerged as the gubernatorial candidate of the People’s Democratic Party in the state. It is equally relevant to the present discourse to underline that Oborevwori, who is also the National Deputy Chairman of the Conference of Speakers of State Legislatures of Nigeria, displayed uncommon resilience to clinch the ticket and presently celebrates his landslide victory with a call on Deltans, to ensure they all have their Permanent Voter Cards (PVCs) before the 2023 general elections.

Expectedly, his victory has elicited reactions from stakeholders and the general public. The boundaries between both spheres/reactions have shifted back and forth for some days.

While some hailed his emergence, others are particularly not against but are of the view that looking at the robust working relationship that exists currently between Chief Sheriff Oborevwori and Deputy Speaker, Rt Honourable Christopher Ochor Ochor, both should be encouraged/allowed to run on a joint ticket as Governor and Deputy Governor respectively.

Aside from the time-honoured belief that one needs not to change a winning team, the present argument is predicated on the seamless and mutual relationship evidently demonstrated in the last 3years and enjoyed by the duo working as Speaker and Deputy Speaker.

Instead of allowing this relationship by these public office holders turned brothers go with political winds, the Oborevwori/Ochor joint ticket should be encouraged and gainfully harnessed for the greater gain of the People’s Democratic Party (PDP), the state, and for the greater good of Deltans. They concluded.

Indeed, the above argument in the opinion of this piece may not be wrong considering the fact that Oborevwori/Ochor co-existence and healthy relationship, which many sees as not just a departure from the old order in the state, but a major factor and actor responsible for the sustainable peace the state House of Assembly and its members presently enjoys and by extension, sets the stage for a rancor free relationship between the State Executive and Legislatures.

At about the same time, many have peripherally raised the question as to if; Rt Honourable Christopher Ochor Ochor, is truly laced with the capacity needed to occupy, and function at the level of Deputy Governor of Delta state?  Does he really understand the meaning and requirement of being a deputy governor of a complex state like Delta or aware that it requires intensive efforts to keep the people of the state together?  Is he ready to mix and interact with people of different types and classes in the state to benefit from their experience?

Does the Honorable Ochor have the right temperament, positive mindset, flexible attitude, and enterprise spirit to work hard with a concentration on the business of governance? Is he aware that as a state deputy governor, he needs to have detailed knowledge and sound experience before assuming such a sensitive position?  Is he ready to gain adequate knowledge and experience with patience before May 29, 2023?  Is he capped with patience, humility, tolerance, and responsiveness to undergo this important phase of learning and experience? Is the cost and labour conscious?  Is he aware that he is required to understand and follow public leadership rules, regulations, and other restrictions and then conduct the business of governance each time his Principal is not around?

Without a doubt, these are not just important questions but objective concerns.

However, while this piece is too short a space to establish whether Ochor understands or better still recognizes the fact that it takes prolonged efforts to govern the people well, it is spaced enough to underline fundamental factors that may not only work in favour of Ochor if chosen but more than anything else makes him the best man for the job.

Aside from the awareness that Rt. Hon Christopher Ochor Ochor, current House Member Representing, Ukwuani constituency in the Delta State House of Assembly, will never be a liability to the Governor or the state as he is a certified teacher and graduate of Agriculture from Delta State University, with varying experiences in public service, there are indeed more sincere and applied reasons why he should be considered the best man for the job.

In the same, as a brief member of the Delta State House of Assembly between 2007-2008, he sponsored a Bill targeted at protection of Public Properties, while at same time attracting government attention to his constituency especially in Health, and road constructions. As a Commissioner for Special Duties, between 2008 and 2010, his performance was not only remarkable but outstandingly glaring.

Equity and fairness consideration is the second very essential reason why Ochor must be considered for the position.  There is no doubt that Ndokwa people going by available records have been active in socio-economic and political affairs since the days of Western and Mid-Western regions, Bendel State and now Delta State. In view of this spiraling fact, equity and justice should be the defining approach to the present political season/electioneering period.

If the above argument is considered and given favorable consideration, Honorable Ochor without fear of contradiction remains one of the most visible and relevant politicians from the area with impeccable experience and records to benefit from such arrangement.

Away from the support given to other ethnic groups to produce state governors at different times and places, the Ijaw ethnic nationality, the Deputy Speaker has represented his people well and therefore should be rewarded with a higher office as it is a known adage that the reward for good work is more work.

This claim on performance is evidence-based and speaks for it.

He facilitated the construction and equipping of the Umutu Magistrate court, to ensure persons don’t have to travel far to seek justice in the Law Court, amongst other economic contributions to the lives of the people of Ukwuani, such as the construction of the Drainage to check the erosion at the mouth of the source of River Ethiope.

Between 2012-2014, he was the Transition Chairman of Ukwuani Local Government Area Council. His tenure as Chairman of the Council hallmarked his beliefs that security is the bedrock upon which development can be achieved through peace. On assumption of office, Hon Ochor, inherited an area infested with rampant kidnapping, intra and inter-communal rift, cultism, youth restiveness, and ritual-related killings. Day and nightlife were a nightmare. Security report on the Local Government Area was debilitating. He tackled this hydra-headed monster, through various security-based strategies. Through his facilitation, the State Commissioner of Police set up the ASP Lucas-led Anti-Kidnapping crack team. He changed the suspicious relationship between his office and the law enforcement agencies on one hand, and the public on the other hand.

Operational vehicles, accommodations, and welfare arrangements were made which boosted an effective intelligence gathering and community policing of the area.

Hon Ochor Ochor is a leader that appreciates Alternative Dispute Resolution (ADR) to forestall the breakdown of law and order, and he used this effectively to achieve peace amongst the communities in the LGA and border communities between Delta and Edo states.

In 2015, he was appointed as the Executive Director Social Services Development Directorate, on the Board of the Delta State Oil Producing Areas Development Commission, (DESOPADEC).

As an Executive Director, Social Services Development, a directorate charged with carrying out social, community, and cultural needs of the people of the oil-producing communities in Delta State, he created a system of checks and balances, for the commission, and ensured that programs that will impact on the people directly are implemented, such that the Directorate was able to plan, and ensured that a skilled training manual was produced, which became a reference point for the skill acquisitions programmes of the state.

He initiated the survey of the school facilities across the various schools within the mandate area of DESOPADEC, this brought the awareness that many of the schools are in dire need of learning facilities, including buildings, which caused the renovations, and furnishing of identified schools.

In 2019, he took another shot to represent the people of Ukwuani at the state House of Assembly and won.

As a member of the Delta State House of Assembly, he had while carrying out his primary duty as a legislature, supported that the effective bills are passed into law for good of the state. In this, he had supported the passage of the Governor and Deputy pension Rights Amendment Bill 2019, Delta State Corporate Social Bill 2019, Co-sponsored the bill on HIV/Aids Anti-Discrimination Bill, 2020, A Bill to Eliminate Violence in Private and Public life, and other Bills that had been passed into law for good of the state.

Another Bill Sponsored, and had been passed, and signed into law, is the State Assembly, Fund Management Bill 2021. Which was for the full autonomy of the State House of Assembly.

He had in relation to the executive, attracted effective development of the area, such as youth empowerment, road, school, and market constructions.

Hon Ochor Ochor as a promise he made to his people, has more than 120 persons under his payroll crossing all wards, and beyond his constituency. He had empowered various persons with seed money for businesses and equipment, including 23 girls he publicly empowered with various business equipment and cash tools to take off, and 156 market women through various cash to boost their trades.

He has at various levels been recognised by different organisations, including the Economic and Financial Crime Commission, EFCC, as the best performing local government Chairman in financial management in Delta State, the best Chairman for the utilisation of the SURE-P fund to train, and empower youths, amongst others, including the media, students, and security awards.

This piece thinks that it is the likes of Rt Hon. Christopher Ochor that Delta as a state currently needs.