2023: NO OFFER CAN MAKE ME COMPROMISE MY PRINCIPLES – NED NWOKO 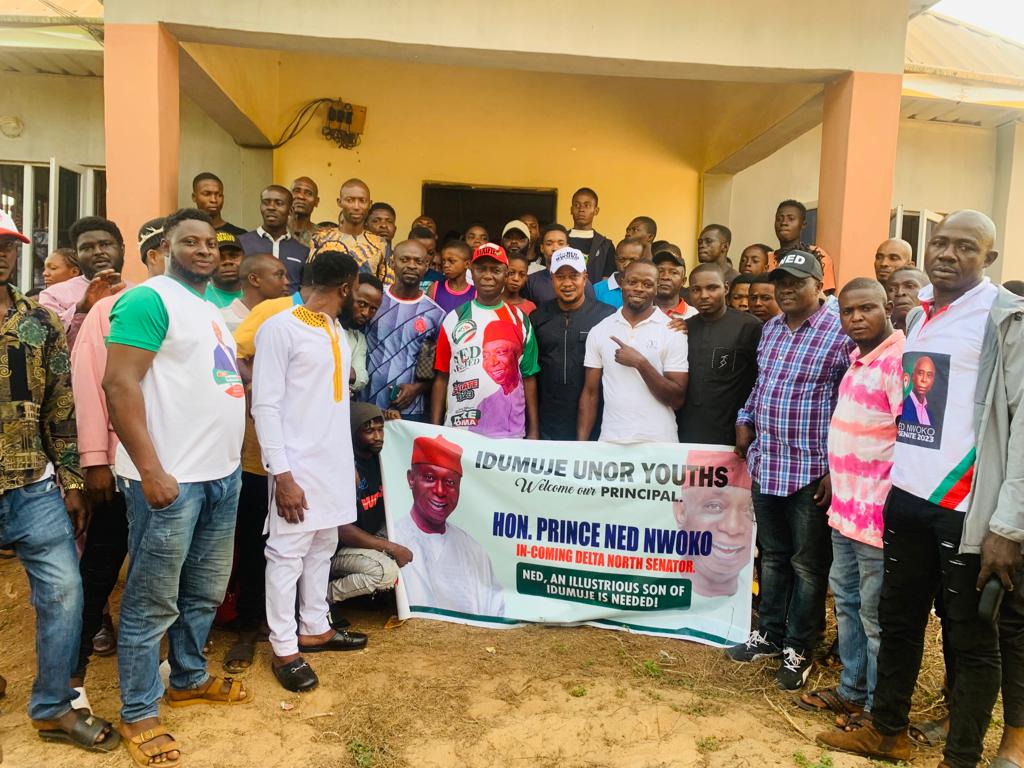 The Delta North People’s Democratic Party (PDP) senatorial candidate, Prince Ned Nwoko, has revealed that, there is nothing anyone can offer him that would make him compromise his principles, stating that he is comfortable, financially and otherwise, and that he is not going to the senate to accumulate personal wealth or to just answer senator, rather, he is vying for the position simply because he genuinely wants to represent the people, show positive results, and let the people know what it really means to have a senator.

Nwoko made the statement in his ancestral home, Idumuje Unor, during a townhall meeting with the youths, on Friday, 16 December, 2022. He made the youths understand the importance of having PDP members occupy the five political offices.

The senatorial candidate affirmed that, there may have been some PDP candidates who did not do as expected during their first tenure in office. He, however, agreed to take the blame for any PDP candidate in this coming elections, who after elected, fails to live up to expectations.

Nwoko stressed that, having members from other party win other four political offices, especially the presidency, would pose a big threat in actualizing his action plans for the youths, and Delta North in general. He entreated the youths to vote PDP candidates in all political offices, as that would make his job as a senator easier and more productive.

In his words,  “I appreciate your love and support, I appreciate the way the youths are willingly showing their supports for me and assuring me victory. But, I also want you to understand that I cannot do that which you expect from me alone.

“I have a team which I must work with to ensure that all the workable plans I have for the youths, including the N50million grant bill, come to reality. And this team includes; Atiku Abubakar and Governor Ifeanyi Okowa, for presidency, Sheriff Oborevwori and Monday Onyeme, for governorship, Ndudi Elumelu, for House of Representatives, and Emeka Nwaobi, for House of Assembly.

“There may have been some of these candidates who did not do as expected during their first tenure in office. I also want you to understand that working under APC government may have dwindled their efforts. Whatever, the case maybe, I promise to take responsibility for any of them who will not live up to expectations this time.

“It is easier for me to work with PDP members, because, I can access them with ease, unlike members of other parties. So, voting only me is not enough, we must ensure we win PDP 5/5, and I assure you transparent and productive governance in return. By God’s grace, I am a comfortable man in life, so, there is nothing anyone can offer me that can make me compromise my principles. We will work for the people.” Nwoko said.

The youths’ leader, Mr Hillary Ikechukwu, on behalf of the youths, lauded Nwoko. noting that the senatorial candidate has been of tremendous help for the people, even without vying for or occupying any political position. Ikechukwu, however, pointed out areas which the community is lagging behind in. He mentioned Employment, Health, and Social amenities in general.

He said, “We are grateful to you sir, for all you’ve done, and which you’re doing for our people even without occupying any political position. We appreciate you. However, the issue of unemployment is one of the problems plaguing the youths of this community. I can confidently bet that over 70% of the youths in this hall do not have a decent job.

“Also, there is no standard health care center in this community. I am a married man sir, the other day, my pregnant wife who was in labour had to be transported to Agbor, because the health center here lacks the needed equipment.

“We need good roads, we need pipe borne water, we need electricity. Sir, all these, we hope to get if you eventually get to the senate.”

Nwoko, who has been dubbed “talk and do” by the people due to his record of fulfilling every promise he makes, assured the youths that everything they have listed would be achieved. He, however, reiterated the importance of voting PDP candidates in all political offices.