A 58-year-old widow, Deaconess Ngozi Patricia Egede from Ime-Obi, but residing at Edike Street in Agbor, Ika South Local Government Area narrowly escaped death in the evening of Sunday, August 29, 2021, when one Joy Iyadi who claimed to be above the law allegedly stabbed her.

Speaking to newsmen, the daughter of the injured Deaconess Egede who pleaded anonymity cried out for justice, saying Joy Iyadi, a single mother of two has continued to be a thorn in the flesh of the residents of the area.

According to her, “I received a distress phone call from neigbours to come immediately so as to meet my mother alive. At the drop of the phone, I hurriedly rushed down only to meet my mom lying helplessly in her pool of blood.

“I was told that Joy Iyadi stabbed her severally accusing my mother of being among her enemies. 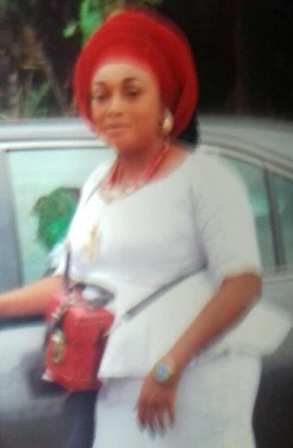 “I was also told that she was bent on taking my mother’s life but could not due to the intervention of the people around who took the knife from her”.

Continuing, she said it is enough of Joy Iyadi who has continued to harass people in the area, boasting that she is above the law and that it will be a waste of time going to the Police in Agbor for her arrest.

She further disclosed, “On several occasions, Joy has been arrested but will spend few hours with the Police and returns home”.

She further lamented the reluctant attitude of the Police at Agbor Divisional Headquarters to go for arrest when her name was mentioned to be the person responsible for their mother’s attack, calling on the Commissioner of Police Delta State, Human Rights activists to come to their aid in seeking justice.

Meanwhile, Joy Iyadi, since the attack, has run away from her residence, 10 Edike Street, behind former Mr. Biggs to escape arrest.

Meanwhile, members of her family have been pleading on her behalf for settlement.