A 79 year- old- man who has been blind for over 30 years regained his sight after he attended Prophet Michael Onairo’s Programme. The blind man who gave his name as Mr. Momah Raphael disclosed that he lost his sight after a Cobra spat into his eyes about 30 years ago, which resulted into glaucoma and degenerated into total blindness.

Mr. Momah noted that since then, he had gone to different hospitals and has spent a lot of money in an attempt to regain his sight, but to no avail. 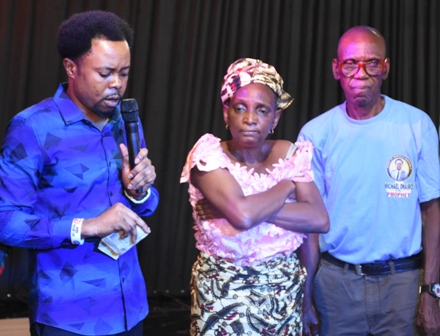 Continuing, he disclosed that he worships with Divine Fire Ministry and his Pastor; Pastor Emmanuel Adagbo informed them of a Programme at Verge of Miracle Assembly, saying that Prophet Jeremiah of Mercy Land from Warri would also be there. 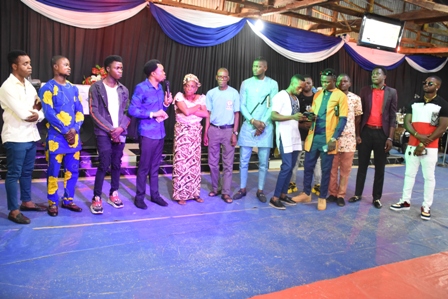 According to him, “The Progromme was held on Tuesday 18th August, 2020. Unfortunately, Prophet Jeremiah couldn’t make it. So, I attended the programme of Prophet Michael Onairo and came back the following day. The man of God sprinkled anointing water on my eyes. “Then, the following day, I discovered that my sight was restored. I went back to the church and gave my testimony. The day I went for the testimony,  my entire household and I could not boast of N100.00. But then, there in the Church, the man of God and other members of the Church gave me financial support .To my greatest surprise, a day later, they came to my house with 50kg bag of rice, nodules and other food items. They also promised to change my apartment.” 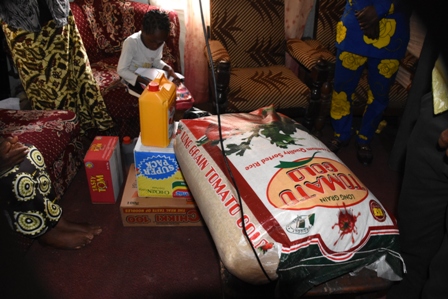 Mr. Momah noted that God used the Prophet to perform miracle in his life, saying that what he was expecting from afar was right here in Agbor, unknown to him. He prayed God to continue to bless the Prophet, urging all to believe that there is power with Prophets of God.

Speaking in an interview with our correspondent, the man of God, Prophet Michael Onairo pointed out that he cannot take God’s credit, saying that God only works through him. He said many believe the church is a business firm, while he maintained that the Church is a place where God works miracles.

Prophet Onairo disclosed that he is grateful for being an instrument God is using to work miracles in people’s lives. He noted that if before now someone had told him that he would do all that he is doing now, he would not have believed, but said with God, he is doing it.

The clergy urged all to always believe in God and not to give up on Him, adding that God can come to one’s aid in human form, and that all our trust and hope should be put on God. He also noted that no problem is bigger than God, adding that He can solve our problems at the appointed time. The Prophet also expressed gratitude as God is using his Church to work wonders. He urged people with good mind and the resources to help others and wait on God for their reward.