A VOTE FOR GOVERNOR OKOWA’S 2023 PRESIDENCY 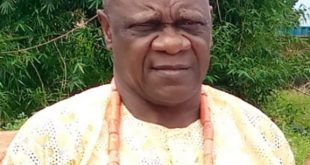 This piece stemmed primarily from a 2023 presidency-focused telephone talk I had with Mrs. Theresa Ashien, Publisher’s Assistant, Ika Weekly Newspaper, a Delta State-based community newspaper. Aside from being apt and accurate in her presentation, she gave an indication that there exists a possibility that Senator (Dr) Ifeanyi Okowa may emerge as the President of the nation come 2023.  A state of affairs she argued that if achieved it is laced with the capacity to stabilize the nation’s political geography.

Her opinion was hinged on reasons that come in multiple folds.

First and very fundamental, is that the Governor is from the Delta North Senatorial zone. The zone is also known as Anioma. A loose interpretation of Anioma in Igbo language is, ‘good land’. They are Igbo speaking.  By virtue of this fact, Governor Okowa is an Igbo man from Delta state. The Aniomas are ably represented at Ohaneze Ndigbo, a socio-cultural umbrella of all Igbos in Nigeria.

Looking at the geopolitical consideration, Okowa, she stated, is from the South-South region/geopolitical zone. And there is this ingrained belief/agitation by the people of the zone that they need to complete the remaining four years (one term) which former President Good luck Ebele Jonathan (GEJ) was denied. While pointing out that another factor that may work in Okowa’s favour is the fact that he is a prominent member of the Peoples Democratic Party (PDP) as well as a rallying point when it comes to issues of national importance, she concluded that Okowa’s Presidency if fate allows, will serve dual purpose-settles Igbo persistence agitation for the presidency and calm frail nerves of the people of South-South geopolitical zones.

Indeed, I have given some serious thought to the issues raised by Mrs. Ashien, they are objective concerns.  It is also obvious in my view, that we cannot push back the hands of time in this direction. The only option left for us if we are not to be caught napping is to harness the factors of change and use them to our advantage.

The truth, the bitter truth in my views, is that it is a barefaced truth that the Nigerian state has not treated the people of South South and the Igbos fairly since Independence. Making the situation worse is that the leadership style of the present government at the centre today leaves much to be desired.   Other things that bother Nigerians in addition to the above is our vision for the nation beyond 2023; the nation’s rising debt profile, scary unemployment situation in the country, galloping growth in population, high rate of corruption, mindless near-exclusion of some zone in government appointments, economic stagnation/very high degree of insecurity in the country.

In the face of these realities, the question may be asked; is Governor Okowa interested in the 2023 Presidency? If yes, is he laced with the capacity needed to arrest the drifting nation and tackle the catalog of challenges outlined above? Will he speak out for justice and practice justice? Can he efficiently and effectively handle the issue of just wages for Nigerian workers who are currently treated like slaves? Could the above arguments/observation by Mrs. Ashien be considered as a Vote for Governor Okowa’s 2023 Presidency?

In providing answers to the above, beginning with Okowa having an interest in the presidency, this piece may not say categorically, but Sen. (Dr) Ifeanyi Okowa, has at different times and places urged Nigerians to support the Peoples Democratic Party (PDP) to take over governance in the country in 2023. For instance, during a recent thanksgiving service by the Chairman of Peoples Democratic Party (PDP) in Delta State, Chief Kingsley Esiso, in Sapele, Delta state. He said the PDP would do everything possible with the support of the people of Nigeria to win the 2023 presidential election and restore good governance, including infrastructural development in the country.

Definitely, Governor Okowa may not have completely kept pace with the signs of time but as noted in a similar intervention in the past, evidence abounds that he is equipped with a transformation mentality. This spurred him upon assumption of office in May 2015 to declare that he will create an enabling environment for local and foreign investors via appropriate measures to sustain, increase, and even introduce new measures to contain and tackle the sources which breed and encourage insecurity as no society can grow without peace and security.

In keeping with this promise and to effectively secure lives and property, Okowa’s administration in the year 2020, came up with Operation Delta Hawk, a new security outfit floated by the Delta State Government to enhance the security of lives and property and checkmate insecurity in all parts of the state headlong.

Today, the state is peaceful.

At this time, this piece will take a critical look at Governor Okowa’s nation-building footprints/relevance. Beginning with his recent call for a complete overhaul of the nation’s 1999 Constitution, as it was widely reported that the Senate Sub-Committee on review of the 1999 Constitution met recently, with Governor Ifeanyi Okowa, in Asaba, the state capital.  Surprisingly but to the admiration of all, Governor Okowa was not only decisive but emphatic in his position/demand. While he noted that Nigeria needs a new constitution, he kicked against the amendment of the 1999 Constitution (as amended).

Let’s listen to him; a new constitution for the country had become necessary in view of inherent flaws in the 1999 Constitution. It’s good enough that those sent here are familiar with the zone. So, when the people speak, they would understand “But, I also wished that some persons from other zones actually had the opportunity to come here and hear the voices of our people directly, because sometimes we do not understand the extent of the pains that the Niger Delta people truly suffer in the country.

As the debate on who becomes the nation’s president come 2023 continues, two things stand Okowa out.

Secondly, Delta State, to use the words of Governor Okowa, is a microcosm of Nigeria because she is populated by different ethnic nationalities and has had inter-ethnic conflicts/ clashes, fatal boundary disputes, especially over oil-bearing land, and political tensions, a case that in my views qualifies a governor of such state to effectively lead the Federation. 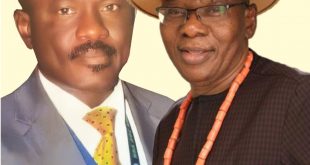 THE FAMILY AND NATION-BUILDING By Godswill Iyoke

THE FAMILY AND NATION-BUILDING BY GODSWILL IYOHA IYOKE ESQ. ON THE OCCASION OF THE 60TH …