AGBOR COMMUNITY UNION HANDS OVER VEHICLES TO THE POLICE 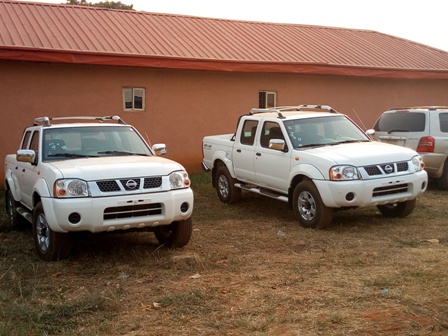 The vehicles which were said to be donated by an illustrious son of Agbor kingdom who chooses to remain anonymous was formerly handed over to the Divisional Police Officer, CSP Akintunde Oyeniran, on Sunday, January 14,2018 in a brief ceremony witnessed by the Chairman, Police Community Relationship Committee, (PCRC) Agbor chapter among others at the police headquarters in Agbor.

Earlier, the vehicles were presented to the leadership of ACU by the donor through a prominent son of Agbor kingdom, a top banking executive Mr. Lucky Ighade. He said the donation was part the philanthropic gesture of the donor to make impact in his kingdom and to also assist the union in their quest towards ensuring a serene Agbor community.

While handing over the vehicles to the police, Mr Oyenche urged the police to put the vehicles into good use to enhance the security of the communities. 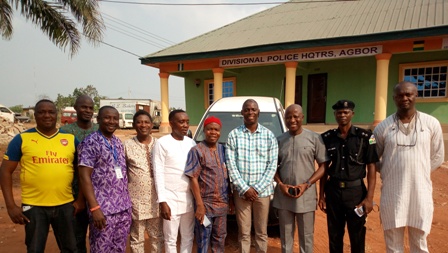 On his part, the DPO, CSP Oyeniran, on behalf of the division thanked both the donor and Agbor community, promising that the vehicles will be used for service to humanity and the policing of Agbor kingdom. It could be recalled that last week, the ACU and PCRC commissioned a complex with state of the art equipments housing the office of the DPO and temporary office of the Assistant Commissioner of Police (ACP) in charge of the Area Command in Agbor. In line with this, two of the vehicles were presented to the office of the Area command while the third vehicle (Mitsubishi) was given to the DPO for their operations in Agbor.