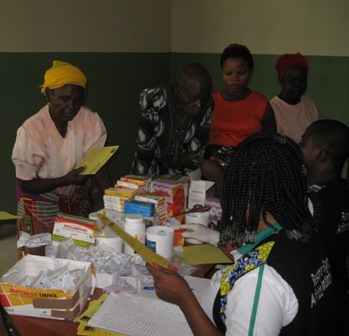 The event kicked off at Ime-Obi on Tuesday December 17, 2019 at Agbor Town hall with over a hundred medical cases handled .One of the beneficiaries Mrs. Tina Onyeka, thanked the organizers of the outreach and prayed God to meet them at the point of their needs.

AM AGAINST INJUSTICE IN OWA KINGDOM, NOT THE MONARCH -Miracle

The second point of call on the second day was on Wednesday by the medical team was Ozanogogo which was aimed at covering the Ihuzomor axis of the kingdom, about 80 medical cases were attended to. A beneficiary from Alisimie; Mr. Davies Ugboh said he came because of an eye problem which he was having and prayed that God should use the team to heal him as he thanked members of the association for the kind gesture and for remembering the downtrodden. 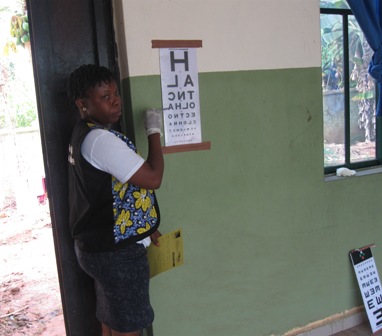 On Thursday December 19, the medical team arrived Aliokpu to cover the Ihuyase axis of the kingdom. Several People came from neighboring villages and about a hundred different medical cases were handled.

Speaking to newsmen, the President Agbor-Nigidi Abuja chapter; Mr. Paul Nduka Eluhaiwe noted that the reason for creating the association is for members to help one another as that is the essence of life. He added that the organization believes that the medical outreach is a sure way to reach out to those in the grassroots and rural areas that cannot afford medical bills as they are low income earners.  Mr. Eluhaiwe also stated that youths today no longer look inward but are after making quick money, a situation he condemned completely.

The Agbor-Nigidi President condemned the state of health facilities in Agbor as he noted that even the Central Hospital is not properly staffed coupled with epileptic electricity supply.

He pointed out that due to ignorance, many people in the rural areas take drugs without prescription and most times the result is grave and often leads to death. He said if those in the remote villages have the wherewithal and access to Primary Health Care Service, they would not die of common ailments that could easily be treated if diagnosed properly. 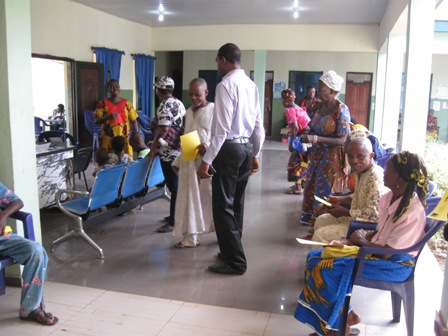 The Abuja based philanthropist revealed that the Free Medical Outreach covers general medical services like optical care, diabetics, malaria, typhoid treatments amongst others. He added that it was the association’s first medical outreach and assured that the programme would be carried out bi-annually.  Mr. Eluhaiwe further stated that before the commencement of the programme, a courtesy visit was paid to the Dein of Agbor Kingdom who wished such a programme could be carried out annually noting that the Monarch knows the importance of one knowing his/her health status. Continuing, he maintained that when one helps the needy; God would always come to the aid of such persons as the prayers of those assisted, would pave way for them.

Speaking to newsmen, a member of the implementation committee of the association and immediate past chairman of Ika South Local Government Council; Hon. Fred Ofume noted that the association decided to spread the programme across different locations in the kingdom rather than citing it in a particular place, because the association wants those in the remote areas to enjoy and benefit from it.

The erstwhile Chairman disclosed that the body decided to go into free medical programme this year but have been involved in different humanitarian services before now, revealing that the association was responsible for the Sub-Electricity Station (step down) in Ika land. He added that the organisation did the feasibility study in 2014 and reported their findings to the Ministry of Power. Hon Ofume added that the association also collaborated with the Central Bank of Nigeria to organize and train people on Ika South in modern farming skills, saying that, that was carried out in 2015.

He also pointed out that health is wealth, while highlighting his dissatisfaction at the low turnout of people for the outreach owing to the complaints by some of the residents that some organizers of this kind of outreach sometimes ago deceived them. He maintained that the outreach is totally free.

Speaking further, Hon. Ofume advised Ika residents against reckless spending during the Christmas celebrations while thanking Ika Weekly Newspaper for effectively reporting events in Ika land and wished the people a merry Christmas and a prosperous new year in advance.