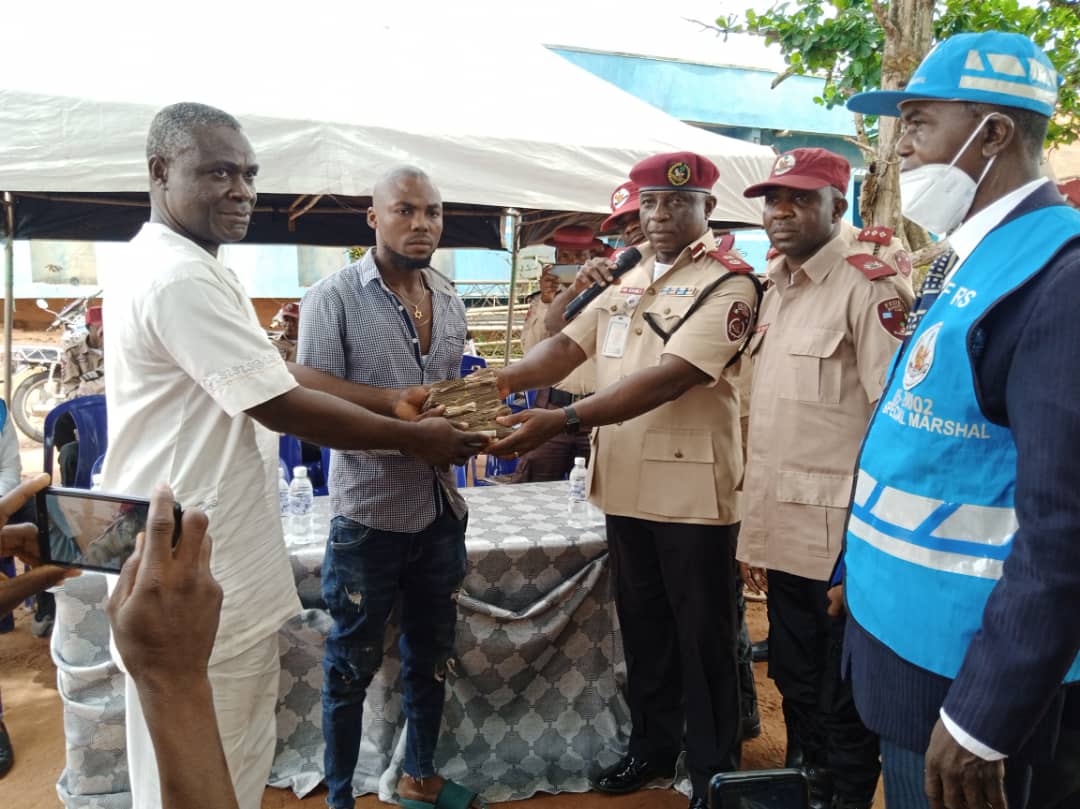 ALIHAME F.R.S.C, HANDS OVER 1.5MILLION NAIRA RECOVERED ON ACCIDENT VICTIMS TO THEIR FAMILIES

The Federal Road Safety Corp, Alihame Agbor, Ika South Local Government Area of Delta State, on Friday, May 20, 2022, handed over the sum of 1.5million Naira, that was recovered from Onitsha Sea Food Traders, who were killed on May 10th in the ghastly motor accident involving a truck, at Emefiele Junction by Stevenson Hotel Agbor.

While handing over the money to the family members of the deceased, the Delta State, Corp Commander, Udeme Bassey Esiet, noted that the action is a moral nature of the corp, to give back material and money recovered from accident victims to their family members.

He noted that during the accident, five persons died and others sustained severe injuries. He said the injured victims were still at the hospital, where they are receiving treatment, as of the time of filing this report, Udeme said, they were all responding to treatment. 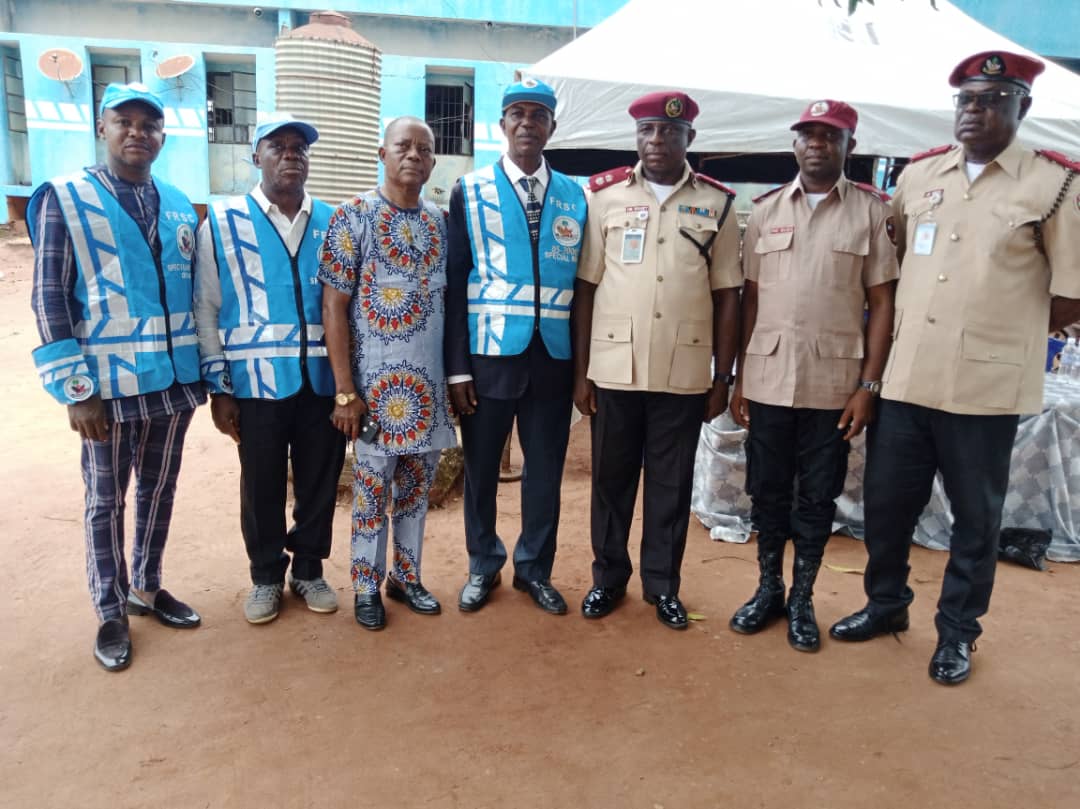 The State Corp Commander, condoled with those who lost their loved ones during the unfortunate incident, urging them to stay strong.

Continuing, Bassey said the F.R.S.C. are working out modalities to ensure that they limit the occurrence of accidents at Asaba/Benin Express Way. He said every passenger has the right to always remind drivers of their safety especially when they are at high speed.

He urged road users to always tread with caution when driving and should always be reminded that celebration is for the living, and as such should always drive to stay alive.

The former state Coordinator of Special Marshals and an Ex-Official of Marshals, Mike Agbamu, reiterated that returning recovered items to family members of victims is not news, maintaining that it is their moral culture. He said he was glad that the people of Ika land have witnessed such an occasion.

According to Agbamu, as a member of Special Marshal, which is a voluntary Arm of the F.R.S.C, they would continue to complement the efforts of the Corp whenever the need arises.

SEE ALSO: 2021; TIME TO DOMESTICATE WHAT WE LEARNED ABROAD

While condoling with family members of the victims, he urged road users to always drive with consciousness to prevent accidents, which he said are uncalled for.

The Secretary, Ika South Local Education Authority, L.E.A, Mr. Felix Onwugbenu, who was at the occasion, expressed shock by the action of the Corp, saying that he has never seen anything similar to what the corps has done.

He said if every other uniform office would toe the line of the F.R.S.C, crime in the country will be limited to the barest minimum. He appreciated the Corp members, headed by the State Commander, Udeme Bassey, and admonished them to keep up with their good work.

On his part, the Chairman of Onitsha North Sea Food Union, Mr. Duru Eric Emeke, lauded the corps, saying that he has never seen such honesty. He said he will not forget the action in a hurry and that he lacked words of expressing sincere gratitude to the Corp members for their sincerity. He expressed sadness for losing his staff to the cold hands of death, praying to God to accept their souls.