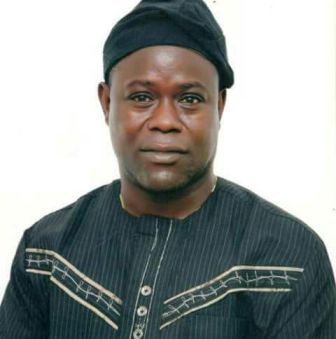 The All Progressive Congress (APC) in Ika South Local Government, have suffered another blow following the decision of the Party Chairman, Mr. Edwin Okoh, to leave the party for the Peoples Democratic Party (PDP).

The  decision of Mr. Edwin Okoh was made known in a resignation letter addressed to the State executive of the party led by Prophet Jones Erue on Wednesday 12th December 2018.

According to a letter signed by him, he said ‘I, Edwin Okoh the former elected Local Government Area Chairman of the All Progressives Congress (APC )in Ika South local government area of Delta state hereby write to state the following, I am a committed and very active politician that is not only purely democratic in nature,  but also believe in the rule of law. I participated legally and fully in the party congresses conducted by the Alhaji Sanni Dododo-led Congress committee held at the ward level on 5th of May 2018 and at the LGA level on the 12th of May 2018 and was returned successfully and documented as Chairman of the party at the LGA level in Ika South Local Government Area of Delta state and gazetted by the National Executive Committee (NEC) of APC that enabled my participation at the recently conducted National Convention of the party held at Eagle Square, Abuja.

As of today Wednesday 12th day of December 2018, the State Executive Committee (SEC) having sworn in other local government executive committees in the State has, in spite of all the pleadings and entreaties made by esteemed party leaders from the local government refused to formally inaugurate the Ika South chapter executive into office.  Instead the State executive of the party resorted to the use and recognition of a hand-picked and unelected set of persons in the local government area as party executives, leaving the legitimate party executive on the sideline and on the wings of official inactivity. I consider this to be the greatest form of embarrassment to my person and to Ika South chapter of the party’.

Registering his displeasure at the use of hand-picked party executive, he stated that he has lost faith and confidence on the party leadership, hence the decision to leave the party. He explained that the ideologies which endeared him at the formation of the party in 2013 have derailed, thereby leaving him demoralized and discouraged at the cluelessness of the present administration of the party.

He pledged his unalloyed support for the PDP, revealing that he has joined the party at ward level, Ward 3, Ika South Local Government Area.