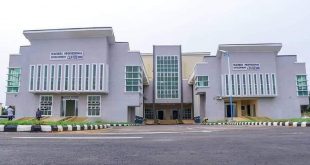 As a lad in primary school, I was told by my teacher that ‘education is the bedrock of development in any country. That with sound educational institutions, a country is as good as made -as the institutions will turn out an all rounded manpower to continue with the development of a hyper-modern society driven by well thought out ideas, policies, programmes, and projects’. Three decades after that teaching, reflecting on the above in juxtaposition with the ongoing indefinite industrial action by the Academic Staff Union of Universities (ASUU), and the Federal Government’s failure to resolve the impasse, it clearly brings to the fore how as a nation socioeconomic deck is stacked against the poor and the disadvantaged. And deprives the Republic of the opportunity to reap the values and lessons life has taught its masses.

Going by the records/reports, while ASUU points to poor funding of education and the Federal Government’s failure to adhere to previous agreements as their reasons for embarking on industrial action, Pro-Government positions are of the views that the era education is solely funded by the government have gone  while  some Nigerians with critical interest lampoons  ASUU’s reasons for embarking on strike action as vague, misleading, and overused propaganda designed to unduly gain sympathy from  students, parents and the general public in their fight for private benefits.

However, what so ever the true position may be, the stunning thing about this ‘roller coaster relationship’ between ASUU and the Federal Government lies in its frequencies coupled with the fact that it is happening at a period when other nations are redoubling their emphasis in the funding education sector and when education is presently considered the world over as ‘an extremely valuable strategy for solving many of the society’s ills.

Admittedly, it is an unhappy truth that the government cannot single-handedly fund education in the country – a case that makes it  a collective responsibility for all Nigerians/corporate organizations. But the inability of the same government to comply with agreements reached with ASUU as claimed by the body, in addition to their age-long indifference to the United Nations budgetary recommendation for education has become grievous offenses that the FG must share in its guilt.

Consequentially, Nigerians with discerning minds have  expressed worries that except something urgent is done to arrest the situation, these agonizing national crises may perpetually keep Nigeria which hitherto prides itself as the giant of Africa at the base of the economic pyramid.

In my views, this worries  cannot be described as unfounded because aside the visible marginalization of the budgetary allocation to education in the nation’s 2018 budget, the statement  credited to ASSU that they ‘met with the Honourable Minister of Education in line with their tradition to honour all invitations with openness to meaningful discussion of issues contained in their demand, but observed that nothing concrete has come out of the meetings as  it was still a projection of their keep them talking’ culture’’ evidently remains a reality that all should worry about.

Sadly, while exhibiting character, a point that the Federal Government failed to remember is that this habit of ignoring a group such as ASUU in the past has crystallized the Nigerian workers resolve to fight back at the federal government- who they now view as their common enemy.

In the same token, wisdom borne from similar ‘reluctant respect’ to agreements by the government has made not just ASUU but the entire Nigerian workers to learn that concession made by the Nigerian civil servants are always irretrievable and whatever they concede, they lose forever. This, no doubt is the reason why negotiation between government and civil servants has become difficult if not impossible.

To further slice these points down, it is important for the Government to reorganize that globally; ‘the relationship between employers/employees is always strained, always headed toward conflict. It is a natural conflict built into the system. Unions do not strike on a whim or use the strike to show off their strength. They look on strikes as costly and disturbing, especially for workers and their families. Strikes are called as last resort’.

And any government that fails to manage this delicate relationship profitably or fails to develop a cordial relationship with the workers becomes an enemy of not just the workers but that of the open society and, its society will sooner than later find itself degenerate into a chaos.

That notwithstanding, if nothing urgent is done to correct this human tragedy called incessant industrial action on the nation’s tertiary institutions, it has the capacity to render the efforts of the government in the time past useless.

However, while I must state also that a professional union like ASUU should develop the prudence to know when, and when not to go on strike particularly now that the FG appears to have mastered the game, it is pertinent also that the FG to note that their attitude toward education sector is capable of creating for our nation a future that is both morally and intellectually unacceptable at the global stage.

Very instructive, we must develop the habit of giving priority to the education sector chiefly as it is widely believed that democracy succeeds more in an environment with widespread of high-quality education.

Who knows, this perennial neglect demonstrated by successive administration may be responsible for why our nations’ democracy is groping and stumbling.

Finally, ASUU on their part must learn by heart that nothing once begun should be abandoned unless it is proved to be morally wrong. They should also abide by the words of Mahatma K. Gandhi ’s towards achieving a  successful strike action/result which includes; – that the proponents must not result in violence or molest the blacklegs.  Never must they depend upon alms; they remain firm no matter how long the strike continued, and to earn bread during the strike by any other honest labour. 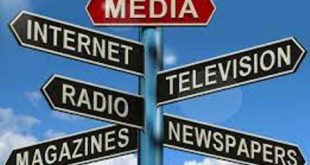 After reading via the media, the recent accusations by stakeholders, among them policy makers and …