Concerned over the case of flooding during this period of heavy downpour, the Delta State Governor, Sen. Dr. Ifeanyi Okowa has appealed to Deltans to be careful and mindful of their movements, most especially when it is raining to avoid loss of lives while he promised that the State Government would do everything to ensure flooding is reduced in the state. The governor who was represented by the Secretary to the State Government (SSG), Bar. Chiedu Ebie, gave the advice in his speech during the distribution of relief materials by the State Government through the Delta State Emergency Management Agency (SEMA) to rainstorm victims at Alifekede, Ika South LGA on Saturday, June 22, 2019. 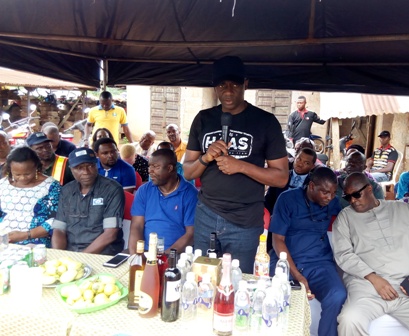 The Governor said any government that is responsible must respond to the people’s plight saying that his government feels the pain the people are going through hence the need for relief for the windstorm disaster victims. SEE ALSO: LOSS OF TWO SONS TO FLOOD,TRIAL OF FAITH -Ibude

Governor Okowa noted that what the Government presented may not cover the total loss, saying that the gesture is to alleviate the suffering of the people. He urged the people to be observant especially in this season of rain and be mindful of where they go when it is raining to avoid loss of life, asserting that property can be replaced but life cannot be replaced. The Chairman, Ika South Local Government Council, Barr. Victor Okoh thanked the governor for responding quickly to the windstorm disaster victims while saying that he is happy to see the people smile again.

Barr. Okoh thanked the governor for his magnanimity and empathy adding that what happened would be forever remembered. We pray God to give the governor the wisdom to rule the state.

The Director, Delta State Emergency Management Agency (SEMA) Mr. Karo Ovemeso, said that the State Government has made his work easy as the state government led by Sen. Dr. Ifeanyi Arthur Okowa is a responsive one thereby making his job very easy. He maintained that the day’s event was not because it is the governor’s place pointing out that such acts were carried out regularly across the 25 local government areas across the state. 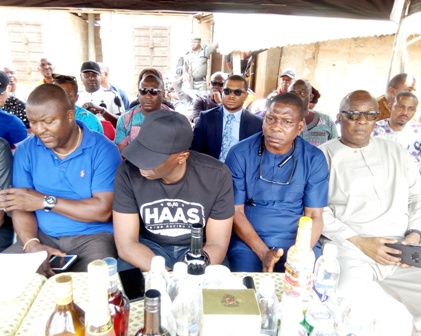 While  Director, Delta State Emergency Management Agency (SEMA) Mr. Karo Ovemeso described Sen. Dr. Ifeanyi Okowa as a smart governor, a beneficiary, Mrs. Tina Iduh prayed for the governor and  that when the sad incident occurred last year, all her garri was destroyed pointing that she had to start all over again while saying that the relief will go a long way to alleviate her suffering.

Another victim of the windstorm, Josephine Agwaze, said although her name is not on the first list, she believed the Governor would extend the gesture to others yet to get the support.

She thanked the governor for not forgetting the downtrodden. She prayed God to continue to guide and protect Governor Okowa for Deltans as Delta state has never had it so good.

0Shares
0 0
Share
Previous LOSS OF TWO SONS TO FLOOD,TRIAL OF FAITH -Ibude
Next COME TO OUR RESCUE, WE ARE IN DANGER, ALIBIOBA RESIDENTS