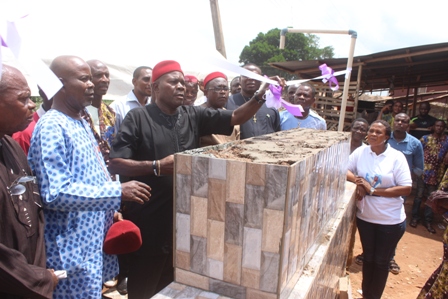 The Umunede Monarch, Obi Dr. Ezeagwu Ezenwali Agadagidi I JP, has described one of his son who is  the Onyedonshiyen of Umunede Kingdom, Chief Andrew Emeri as a true son of Umunede who has a burning desire to develop the community. 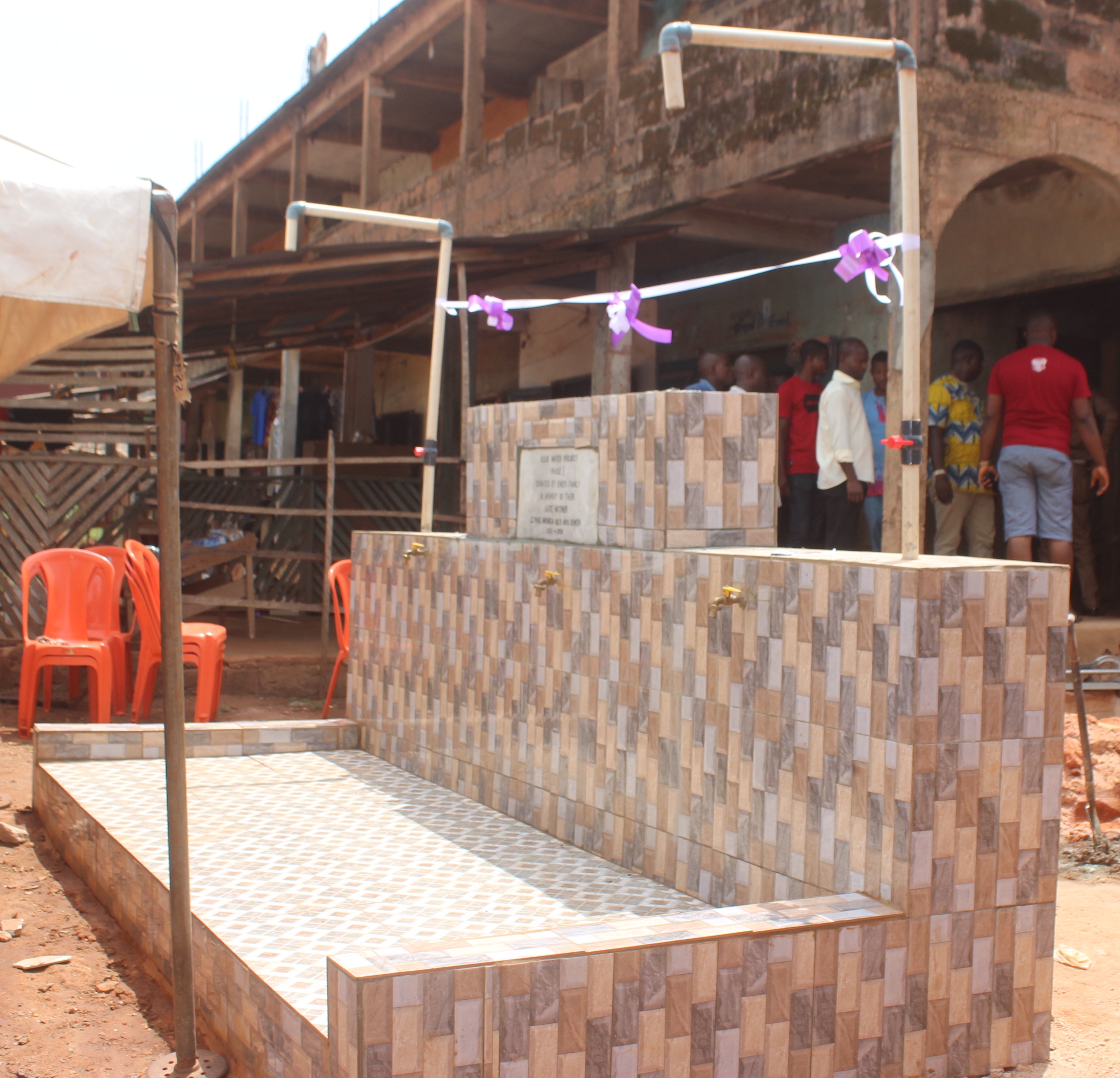 Obi Ezeagwu made the remark during a chat with Ika Weekly Newspaper Reporter at the commissioning of solar powered borehole water system which was constructed by Emeri and donated by him to his quarter, Ileje, on Tuesday May 1, 2018. According to him, “Chief Emeri is doing greatly and he deserves our commendation. I have continued to pray God to reward him for his kindness”.

The Chairman of Umunede Council of Chiefs and the Elema of Umunede, Chief Benson Okechukwu Iyamah on his part, said Chief Emeri, had promised to construct a water borehole in his quarter, Ileje Umunede which today has become a reality. He thanked Emeri for fulfilling his promise, enjoining the people of Ileje quarters to make good use of it.

Responding, Chief Andrew Emeri said water is life and the good people of Umunede are faced with the challenge of water scarcity, lamenting that the government water reservoir in Umunede has not been functioning for a long time. He pointed out that the water boreholes in Umunede are scanty unlike Warri where he resides. He said the difficulties inherent in drilling a good borehole had scared many people because it requires a huge amount of money. According to him, “Umunede terrain has been the problem. In Warri, within 20-30fts, good water borehole can be constructed unlike Umunede where it takes about 700-800fts to get to the water level. It is as a consequence of this fact that I decided to construct solar borehole water because water is very important and man needs water to survive. Even though it has cost me a lot of money, I am not complaining as it does not equal the love I have for my people. What I want people to understand is that this is a solar panel water borehole  and it works for 24hours. The good thing about the borehole is that I will not be bored with the regular demand of money to buy diesel in order to power the generator to pump water. The company that installed the borehole has given me five years warranty. The uniqueness of the borehole is that it does not use battery rather it works directly with sunlight”.

The donor revealed that very soon, he will construct another solar powered water borehole for Ileje quarters and thereafter one in each quarters in Umunede. He appealed to the Ileje people to guard the borehole jealously and to make good use of it.

Others in their remarks thanked Emeri for his generosity, praying the good Lord to bless him.