The illegal activity of a self-acclaimed developer was uncovered at CTC market, Agbor. The so-called developer was accused by traders in the market to have allegedly collected money from them in the guise of evacuating dirt in the market with the claim that he has the approval of the Local Government Council.

The illegal act of the developer who gave his name as Engr. Mario and his company’s name as Aniseed was uncovered when the executive of Agbor Community Union (ACU) led by Mr. Larry Onyeche, paid an unscheduled visit to the market to ascertain the level of demolition carried out on the market structures by the developer who had earlier lied to have been authorized by the Local Government Council Chairman, Hon. Barr. Victor Okoh to rebuild the market and thereafter, collect rent for some period of time. 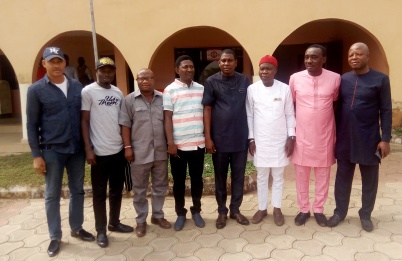 It could be recalled that the developer was arrested last week by the honourable member representing Ika South Constituency at the State House of Assembly, Hon. Festus Okoh, also known as Chuky Dandy for the illegal demolition of the market. However, he was able to obtain bail after he was charged to replace the market to the condition it was before.

The traders, who had earlier expressed joy that respite was coming through sudden news of rebuilding the market, frowned at the nefarious act of the developer who claimed to be working for the government.

Some of the aggrieved traders, who spoke to newsmen on the condition of anonymity, revealed that the developer tasked traders Three Thousand Naira (#3000) each for the clearing of refuse dump, in the market while some paid Five Hundred Naira respectively. To worsen the situation, he issued a fake receipt with no company’s name as a proof of payment which virtually all the market women presented as evidence.

The market women thereby called on all arms of government, particularly the House of Assembly member, to address the extortion by the developer.

The Agbor Community Union, ACU, in reaction to this has however, condemned in entirety the action of the developer who destroyed open shops at the CTC Market without approval, discussion with stakeholders and contract agreement. He also declared that Ika Landlords/Landladies Association do not have the prerogative to interfere in what is going on in the market.

The body while speaking through the President-General of the Union, Mr. Larry Onyeche during the visit of the union to the market to access the situation on Tuesday, January 21, 2020 condemned in totality the action of the developer, describing it as an act of stupidity.

They noted that the so-called developer did not get any approval from the local government or any tier of government to carry out the exercise and that there was no contract agreement.

In the words of the President General, “How can you go ahead destroying people’s shops without going into discussion with stakeholders, without approval and contract agreement? The contractor thinks that he is smart but unfortunately, he only outsmarted himself as he is cooling off his heels at the police cell.”

The group which paid a courtesy visit to the Ika South Council Chairman, Hon. (Barr.) Victor Okoh before going to the market absorbed the local government chairman of any wrong doing, stating that the Chairman’s explanation on the matter was clear.

The group has however, mandated the developer to rebuild the destroyed stores and evacuate the market premises.

Speaking on the involvement of the Landlords/Landladies Association, Mr. Onyeche noted that the apex body in Agbor Kingdom is the Agbor Community Union, saying that other bodies are to work in synergy with the ACU. He stressed that the Landlords/Landladies Association over stepped their limit by coming to the market to disrupt the workers, saying that the body has no such rights.

Continuing, he noted that though the association fights the same course as the ACU, yet, they ought to have aligned with the ACU before taking any such action. 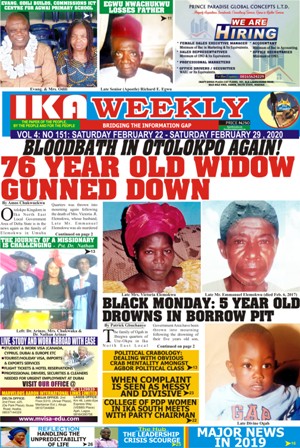