Saturday October 19, 2019 was a sad day for Pastor Joel Ogechukwu Okoh as he lost his 26 year old wife, Ruth Osas Joel Okoh to the cold hands of death nine months into their marriage. 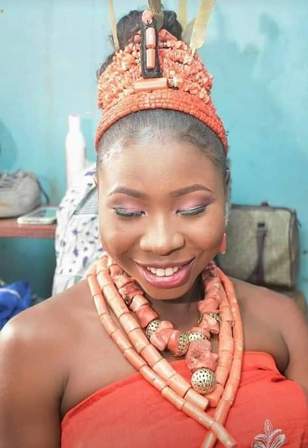 The husband of late Ruth Osas Joel Okoh who spoke to newsmen at his residence in Boji-Boji, Owa, Ika North East L.G.A over the weekend described the incident as sad and shocking, maintaining that Is someone had told him that something like this would happen to him, he would have never believed it.

He revealed that on that fateful day, he called his late wife around 12 noon and when they spoke she was okay but added that around 3pm when he called her again it was the late wife’s elder brother that picked the call informing him that his wife was ill.

The clergy maintained that the marriage was into its ninth month adding that the sudden death of his spouse was a situation he needs the grace of God to overcome.