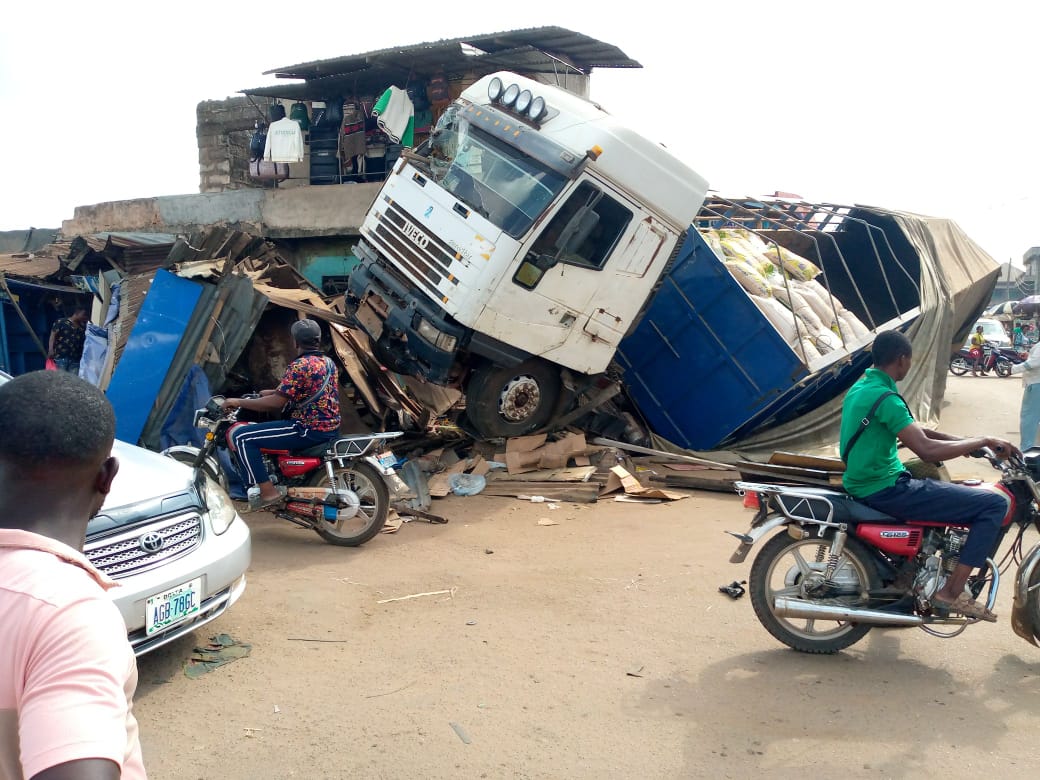 A situation that seems to be like a miracle occurred on Sunday, November 25, 2022, as a trailer that was fully loaded with rice failed to brake and rammed into stores in the garage market, while shop owners and their customers escaped being crushed to death, goods worth millions of Naira was destroyed.

One of those who escaped death, the owner of one of the shops that were destroyed by the trailer, Mr.  Linus Ugo who spoke to Ika Weekly correspondent, revealed that he was in the shop that fateful morning when he heard shouts and he came out to observe why people were shouting then observed that it was the trailer that had failed brake moving along Convent Street by Doherty Street.

Mr. Ugo disclosed that he started observing the trailer as it slides down Hausa street to Oranu Street, adding that it was at that point he started shouting at his customers for them to leave his shop and run for their lives.

Continuing, he noted that all the customers in his shop and other stores had to run for their lives because of the alarm he raised.

The shop owner affirmed that when the trailer got to the house at Convent Street by Abraka Road, the building where his shop is located, the driver of the trailer swerved into the building as he thanked God that no life was lost, he, however, lamented that his goods and that of his fellow traders running into millions of Naira were destroyed.

Mr.  Linus maintained that it was by a miracle that no life was lost in the incident, adding that it was only God that could have wrought such a miracle. 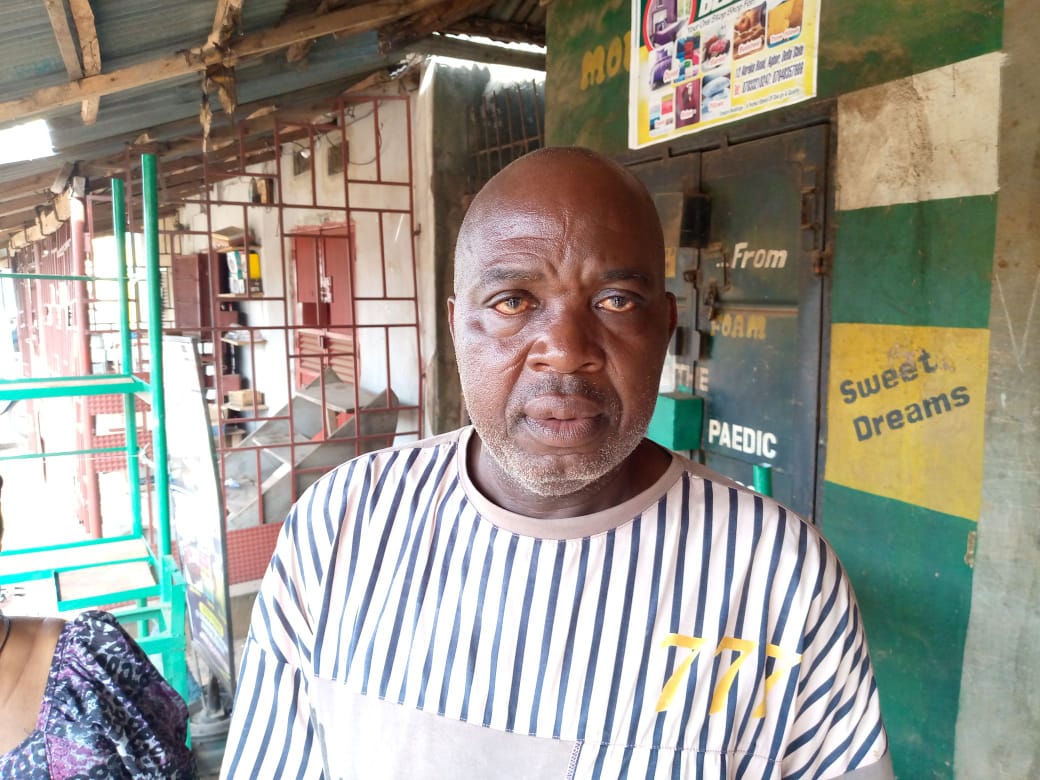 He said it was a thing of joy that no life was lost, saying that he was grateful to God that none of his customers died.

Some of the eyewitnesses who spoke to our correspondent gave all the glory to God that no life was lost as according to them, at that time of the day that the incident occurred people were always at the spot buying and selling, but God made it possible for the provision shop owner to observe the trailer and warned them before the trailer smashed into the building.