The Courtesy visit also served as a familiarization visit between the Dein and the new executives of the Local Government. 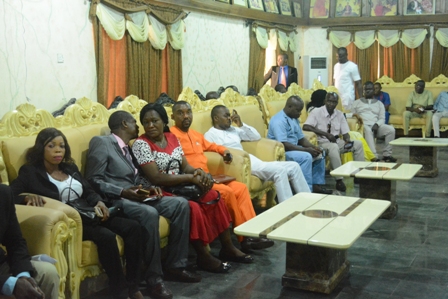 Hon. Okoh said the visit was necessary to familiarize, seek the support and corporation of Dein, so they can work together to take Ika South to greater heights.  He stated that they will keep visiting the Dein and his Chiefs to seek advice and counsels in the discharge of their duties.

Welcoming the Chairman and his entourage, Dein charged Hon.  Okoh on truth and honest as the Chairman of Ika South, adding that it is his obligation as a Barrister at law to be just to all, irrespective of political affiliations. 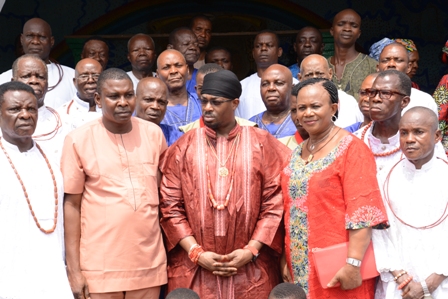 He stressed that, if one is not honest with himself, then he will continue to complain, and also do those things we complain about, which will in turn lead to failure collectively.

Using Governor Ifenayi Okowa as a case study, Dein affirmed that his principles, honesty and straight forward nature has enabled get to the stage he is now.

Addressing the power tussle by the Agbor Gha Ihun, he said the group has been doing a good job, prior to the rancor which has enveloped the group.

Speaking on the actual leader of the group, he mandated that as The Chief Security Officer of the Local Government, Hon. Victor Okoh is in the rightful position to take stand on who should be the leader, adding that all he needs is the peace and development of Agbor Kingdom.

Dein however warned members of the group to stay away from politics as security agents, stressing that the group have been doing well in the protection of lives and properties, before the infiltration of politics in the group.

He said he is open to discuss ideas and ways to move the people forward, urging for more interactions with the Chairman and his entourage.