The wife of the Delta State Governor, Dame Edith Okowa has called on sickle cell patients to make use of the facilities at the sickle cell clinic provided for them by her pet project, the O5 Initiative.

The Delta first lady made the call while commissioning the 12th sickle cell clinic at Umunede General Hospital on Thursday, October 11, 2018. She said the clinic was established to ensure quick response to sickle cell challenged persons who sometimes die while waiting on long queues in hospitals, and urged them to make good use of the equipment. 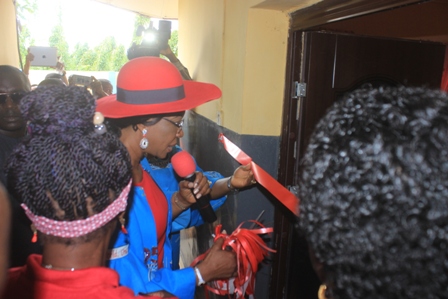 She appealed that the fight against the disorder should not be left in the hands of patients, caregivers and sufferers alone, and called for more partnership with the O5 Initiative in supporting those challenged by the disorder. Dame Okowa who said God still remains the ultimate, appealed to parents not to put God to test or in the name of love, allow their children who are carriers of sickle cell go into marriage with their partners who are also carriers. 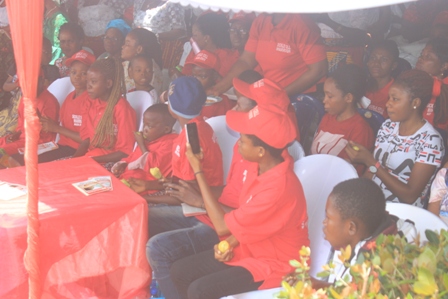 While pointing out that the pains in such marriages in giving birth to children who are carriers of sickle cell (SS) is unbearable. She admonished the youths who are single never to go into such union on any account. She urged all to go for their genotype test, which she said is free of charge in any of their clinics.

Dame Okowa commended the people of Ika North East Local Government Area who contributed towards the success of establishing the clinic, saying that she decided to open it at Umunede General Hospital because of its strategic location for easy access to all.

The governor’s wife, who distributed mosquito nets and drugs to the patients, advised them to always take plenty of water, stay in a well ventilated environment, take balanced diets and frequent the clinic at least every week for checkup.

The clinic which is a block of many rooms was furnished with modern equipment worth millions of Naira. The ceremony featured presentations by women on sickle cell, how to manage the disorder, and testimonies of sickle cell survivors.