IN PRAISE OF DELTA STATE LAWMAKERS’ DECISION ON ADJEKE 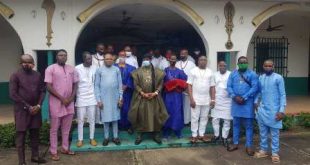 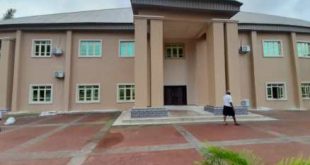 It is now a common knowledge that the Delta State House of Assembly in response to a petition dated Wednesday, December 5, 2019, submitted by one Mr. Edwin Adjeke, about an alleged oppressive, unlawful, and unjust destruction of his properties by the State Ministry of Lands and Survey, has during a plenary recently directed the State Ministry of Lands and Survey to pay the sum of N1 Million as compensation to him (Mr. Edwin Adjeke) for the damage done to his properties and injuries inflicted on him and his son.

The directive according to media reports followed the adoption of the report and recommendation of the House Committee on Public Petitions on the alleged unlawful oppression, and unjust destruction of the fence, office building, blocks and other properties belonging to the petitioner, Mr. Edwin Adjeke, by one Mr. Samson Ambrede (Uvwie Area Officer 11) of the State Ministry of Lands, Surveys and Urban Development, accompanied by other members of staff and armed policemen.

Indeed, there are so many reasons why this move by the house is appreciated by the Board of Ika Weekly Newspaper and the general public, and needs to be celebrated by the entire Deltans.

First, for a very long time, government officials in the State, appear to have lost sight of the fact that the primary goal of every government should be to improve the life chances of the citizens through balanced implementation of plans, and policies that will lead to peace and stability.

Admittedly, there is no doubt that it is the responsibility of the government officials in the state to, among other things manage, protect government’s property and collect various levies deemed appropriate by the government, but, experience in the last five years has revealed that in an effort to execute such a responsibility, government officials throw caution to the wind. Employ draconian methods that often leave not just bodily harms but lives in their trails, sorrows, tears and blood

Take as an illustration, it was reported in one of our editions in August 2017, that; pandemonium struck in Agbor on Saturday, August 5, 2017, as a 40-year-old father of five, Mr. Lucky Nwaki, was allegedly murdered by a group of Ika South Local Government Adhoc Committee on New Building Permit.

The victim, a tailor who hails from Alihame Community in Agbor was attacked by one of the members of the committee identified as Eze Mike also known as Ololo when they invaded the building site of the deceased brother, demanding for the payment of certain amount irrespective of the fact that the permit had already been paid into the Local Government Council’s account.

Under this condition, we call on the State Governor, Senator (Dr.) Ifeanyi Okowa on whose shoulder lies the weight of this awkward situation orchestrated by the state and local government officials- which daily depletes his good works in the state, to build on the present foundation that the State House of Assembly has led. Seriously, the Governor needs to do this even as the state thinks about the broader threats Deltans currently face in the hands of government officials

0Shares
0 0 0
Share
Previous REVISED 2020 BUDGET: EDUCATION AND OTHER CONCERNS
Next NATION BUILDING, NOT A ONE- STEP MOVEMENT – Onyemaizu

Faith and Hope Foundation, New Jersey in United State (US) founded by an Ika daughter, … 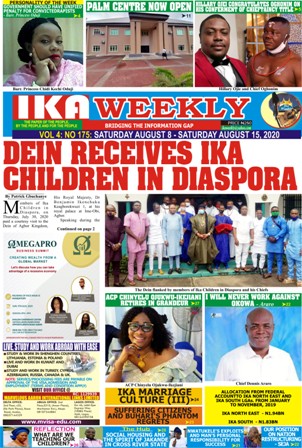 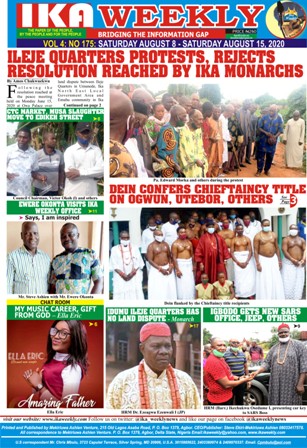