The elders of Ewuru Community, Agbor, sent a delegation of honourable sons of the land to inspect the ongoing building project of Uweifo Primary School, on Monday, September 24, 2018. 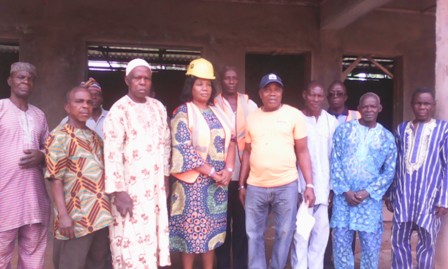 It is imperative to note that Uweifo Primary School, Ewuru-Agbor, is a Government-owned school. However, the main school building was in an appalling state when a philanthropist, Prince Sunny Egede, decided to support Ewuru Community, and consequently, the Delta State Government by embarking on the enormous task of rebuilding the Uweifo Primary School Main structure. 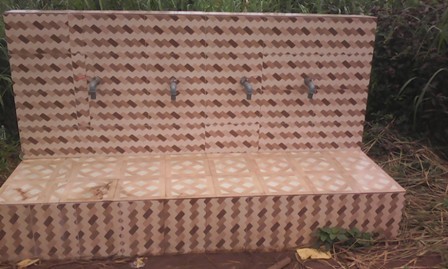 Mr. Benjamin Ogwu, a member of the delegation, stated that they were sent by the people and elders of Ewuru Community to examine the work being done by the contractors, at the Uweifo Primary School, in order to see how far the project has been operationalized.

He also showered praises on the sponsors of the project, Prince Sunny Egede and his family members, for taking it upon themselves to embark on the gigantic project of rebuilding the Uweifo Primary School, despite the fact that it is owned by the government.

Furthermore, he appreciated the Chief Contractor of the project, Mrs. Foluke Ismail, for doing a good job in ensuring that the task is carried out efficiently and smoothly.

In the words of Mr. Benjamin Ogwu: “We are here to have an inspection of the ongoing project, so that we can go back to our elders and the entire community to tell them about what our eyes have seen. Furthermore, we are here to pray for the sponsors of the project, for God to continue to enlarge their coasts.

“The Uweifo Primary School is actually a government owned school. However, for a single person to embark on such a project and thereafter donate it to the Government and the community, such a person deserves appreciation. Nevertheless, Prince Egede is not expecting any material gift or reward. Thus, we can only pray for him and his family, and that is what we will do. When the project is completed, the entire people of Ewuru Community will come and rejoice greatly”.

Addressing Mrs. Ismail, Mr. Ogwu said, “I want to thank you for doing a very fine job. We have been coming regularly to look at the job that is being done, and we have cause to appreciate you and your team. We also appreciate our son, Prince Sunny Egede, for making this scheme a reality. The elders of our community sent us to come and see what is going on, and we can now boldly go back and tell them that a very good job is being done”.

On her part, Mrs. Foluke thanked the delegation, elders and the people of Ewuru Community for cooperating with her since the beginning of the project. She also assured them of even more better days ahead.

Her words: “I want to thank you for the cooperation and support I have enjoyed so far since I came to Ewuru Community. The people have been so friendly, wonderful and cooperative. I have not encountered any trouble since I came to this Community.  I also want to send my regards to the elders that sent you, and I promise you that as time goes on, more beautiful things will happen”.

It should also be noted that while the building project is ongoing, the pupils of Uweifo  Primary School are still receiving lectures in another building, which is situated in the same compound where the project is going on.

0Shares
0 0
Share
Previous VOTE FOR CANDIDATE OF YOUR CHOICE – Prof. Joseph E. Alika
Next I AM A FORMIDABLE CANDIDATE- Engr. Doris Uboh