EMEFIELE AND THE CHALLENGE OF CHECKING NAIRA’S ABUSE 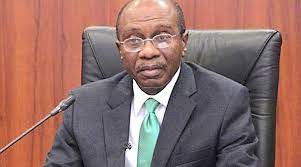 EMEFIELE AND THE CHALLENGE OF CHECKING NAIRA’S ABUSE

QUOTE: “It has become very worrisome to see many youths of today, spraying naira on celebrants at parties. They equally throw packets of the precious substance, normally in mint towards all directions at celebration grounds. This group of persons also sprays it on the foreheads of celebrants whom the masters of ceremony (MCs) often warn guests against. In a null shell, these people disobey MCs. They disobey the CBN and disobey any person speaking against the unpatriotic behaviour”.

In his book, “understanding your purpose in life”, Pastor Enock Adejare Adeboye of the Redeemed Christian Church of God posited that if the purpose of a thing is not known, an abuse of it is inevitable. And purpose in this context can be understood to mean the reasons behind the ‘creation’ of a thing. The use or application of anything outside the reasons for its being available to humans therefore constitutes abuse. Man’s disrespect in his handling of anything also amounts to abuse.

Naira, the Nigerian currency was ‘created’ to function as money. At inception, value was attached to it in relation to other legal tenders in use all over the world. But unfortunately, the country’s standard for store of value and measure of deferred payments is currently abused in functions. It is also abused in handling, just as it is abused in spiritual and physical uses. For these and many more reasons, it has become a tedious task for Mr. Godwin Emefiele and his management team at the Central Bank of Nigeria, CBN to instill the required standard for dealing with the currency on Nigerians.

Perhaps in realization of the fact that Nigerians are hell bent on abusing the nation’s currency, the bank, on the 13th of December, 2022, reminded the citizens that anyone caught abusing it is liable to six months in jail or fine of fifty thousand naira (N50,000). The spokespersons for the organisation, Ms Ngozi Etim and Mr. Osita Nwanisobi based their warnings on the provisions the CBN establishment act as amended in 2007. Section 21(3) of it states that mishandling of the naira is a punishable offence.

The duo illustrated some actions that constitute abuse of the naira to include the spraying of the currency at social functions, matching on it, using it as jotter, squeezing it, hawking same at party venues, buying and selling of it at motor parks and generally keeping it dirty. Beyond these, other irresponsible behaviours like “buying” financially stranded ladies, including widows and married ones is not only an abuse of naira but also a disservice to humanity. It is wickedness taken too far!

It has become very worrisome to see many youths of today, spraying naira on celebrants at parties. They equally throw packets of the precious substance, normally in mint towards all directions at celebration grounds. This group of persons also sprays it on the foreheads of celebrants whom the masters of ceremony (MCs) often warn guests against. In a null shell, these people disobey MCs. They disobey the CBN and disobey any person speaking against the unpatriotic behaviour.

Though Emefiele appears to be having so much in his hand in terms of managing the monetary policies of the federal government of Nigeria, there is need for him to ensure that every aspect of the law establishing the Central Bank of Nigeria in 1958 are complied with to the later. One of these is the control of the money in circulation with a view to ensuring dignity of the naira in its use for fighting inflation and unemployment.

He should deploy and set aside enough resources for enlightening the public on the dangers of continuing to disrespect the naira. Public seminars and conferences in schools will help the youths to grow up with the right mindsets in this direction. Government offices and those of the organised private sector should as well be encouraged to do same for their personnel and customers, just as the artisans and market women are expected to be reached out to in one way or the other concerning the issue at regular intervals.

Enforcing the laws of the land remains the duty of the security agencies and the judiciary. These arms of government must therefore braze up to the challenge of handling the issues relating to the abuse of the naira during social functions. Until some persons are used as scapegoats, the end to the menace may not be in sight.

According to the Principal Manager, Currency operations department at CBN, Ngozi Etim, the use of envelope for ‘packaging’ money remains the acceptable means of extending goodwill to celebrants at events.

Those who are knowledgeable enough to appreciate the need for proper handling of the nation’s currency must do well to spread the message to their spheres of contact. If citizens can handle the dollar or pounds in their possessions with dignity in Nigeria, there is no acceptable reason for handling the naira carelessly.

Given the temerity with which many of the unpatriotic elements display this act of disrespect for the naira, especially at social gatherings, there may be need to review the penalty for contravening the law upward. Six months in jail or fine of fifty thousand naira (N50,000) seems to be too small as punishment for somebody who ‘throws away’ more than five hundred thousand naira (N500,000) at an event. And justice cannot be seen to have been properly dispensed until the man or woman who invites people to social occasions without disclaimer to any act of naira abuse is equally brought before the law.

In all, one cannot but wish the central bank governor well in his efforts at sanitizing the monetary conduct of Nigerians. The banks, corporate bodies, individuals (literate and illiterate) must join hands to make Nigeria work as a civilized nation. Emefiele deserves encouragement.