TRIBUTES AS SIR SAMUEL FORTUNE EBIE IS LAID TO REST

The remains of an icon, Sir Samuel Fortune Ebie was on Friday 13th July laid to rest amidst eulogies, encomiums and praises from associates, colleagues, Ika indigenes and the Delta State Government. The funeral service which was held at the Cathedral Church of St. John, (Anglican Communion), Agbor saw dignitaries and people from works of life come to pay their last respect to the departed icon of Ika land.
Speaking at the service, Rt. Revd. (Dr.) Peter I. Onekpe, the Bishop of Ika Diocese, Anglican-Communion, admonished political office holders to draw inspiration from the lifestyle of late Sir Samuel Fortune Ebie, stating that his legacies should inspire them to live their lives with posterity in view. He urged all present to examine their lives, irrespective of status or position.
In their tribute, the President of Estate Surveyors and Valuers Association of Nigeria, Dr. Bolarinde Patunola-Ajayi noted that the funeral service was in celebration of the exemplary life of Fortune Ebie who has fulfilled his destiny. They stated that Sir Samuel Fortune Ebie’s (aka Mr. Housing) legacies lives on, adding that he was a man of many parts with an uncommon personality. Also giving their tribute, the Federal Housing Authority Chairman, Prof. Mohammed Al-amin described Mr. Housing as a stern, fair and just man with an impeccable sense of humour, stating that Sir Samuel Fortune Ebie was “a man who built systems”. They added that he was dedicated, committed and passionate about his profession.
Paying tributes, the body of Knights of St. Christopher and St. Mary in Ika Diocese described late Samuel Fortune Ebie as a man who used his experience to direct and console others. Going further, they said he was a church planter, a disciplinarian, an evangelist to the core, and a man with good leadership quality. Sir Samuel Fortune Ebie’s son, Sam Sam Ebie was presented with the sword and bible of his late father by the body of knights.
In his tribute to the iconic figure, the Delta State Governor, Governor Ifeanyi Arthur Okowa enjoined political office holders to emulate the lifestyle of late Sir Samuel Fortune Ebie; In his words, “we are gathered here today not to mourn, but to celebrate a real great man, an icon whose legacies cuts across business, public service and community development.” According to the governor, “Three words accurately describe this great patriot and son of Ika nation, Passion, Integrity and Service.” He added that late Sir Samuel Fortune Ebie was really one of the best genes Nigeria has produced in the real estate business.
During his message, the Bishop of Ika Diocese, Anglican Communion, Rt. Revd. (Dr.) Peter Onekpe commended and applauded IKA WEEKLY NEWSPAPER for their Editorial on Sir S.P.O S.P.O Fortune Ebie which captured the history of the departed icon.
The reception was held at Ogbemudein Mixed Secondary School, Agbor after the interment at the Fortune Ebie, Cottage Umu River, Agbor-Alidinma, Ika South LGA, Delta State.
The reception saw past and present Governors of Delta State, Chief James Onanefe Ibori, Dr. Emmanuel Ewetan Uduaghan and Senator Dr. Ifeanyi Arthur Okowa in attendance. Also in attendance were; Commissioners, SSAs. Ika Village Square members, Onu Ika Association, Housing Authority Staff, Estate Surveyors Staff, Eworor Youths Association, Zenith Bank staff, Secondary and Basic Education staff and other notable dignitaries.
The programme of events came to an end with an outing service at the Cathedral Church of St. Johns on Sunday 16th July, 2017.
Speaking with Ika Weekly Newspaper reporter shortly after the service, Bishop Onekpe described Sir Fortune Ebie as “a man of integrity, a highly disciplined, man who did not allow the positions he held to corrupt him, a man who served God and did not amass wealth for himself.”
Also speaking, the son of late Sir Samuel Fortune Ebie, Sam Sam Ebie, said that, his father stood out as a man worthy of emulation, particularly as he preached Ika unity through the Onu Ika Association. Speaking further, he said his father was a committed person, committed to the things of God, and committed to his job. 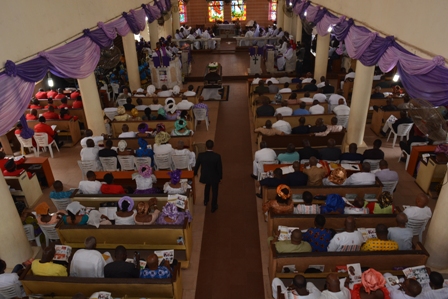 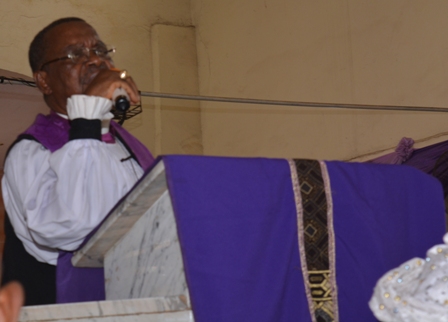 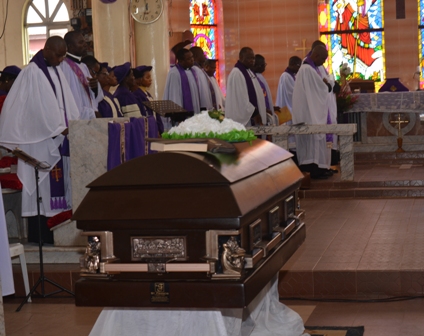 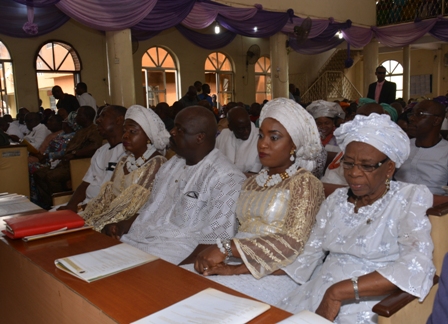 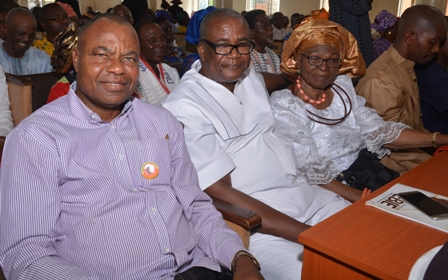 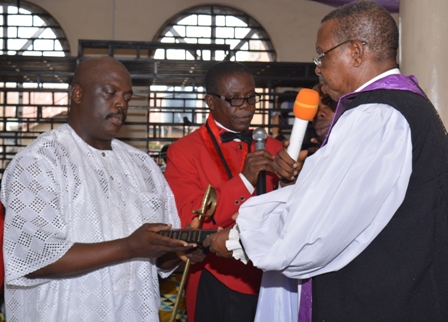 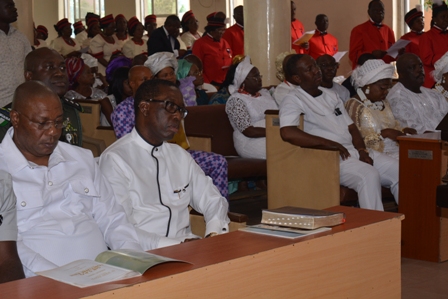 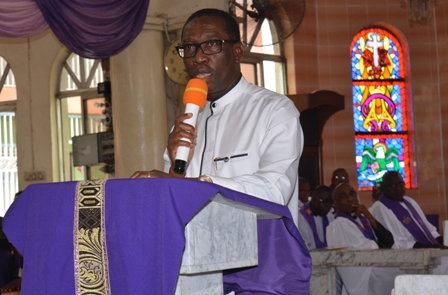 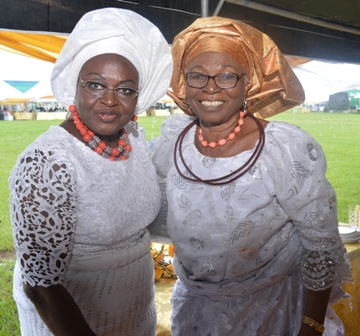 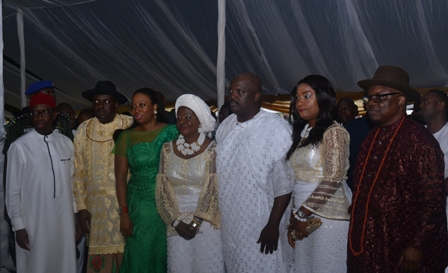