Indigenes and non-indigenes of Ewuru community converged at Uweifo Primary School recently to seek God’s face. The interdenominational worship which also included non-Christians was tagged: PRAYER FOR THE GOOD OF EWURU COMMUNITY. 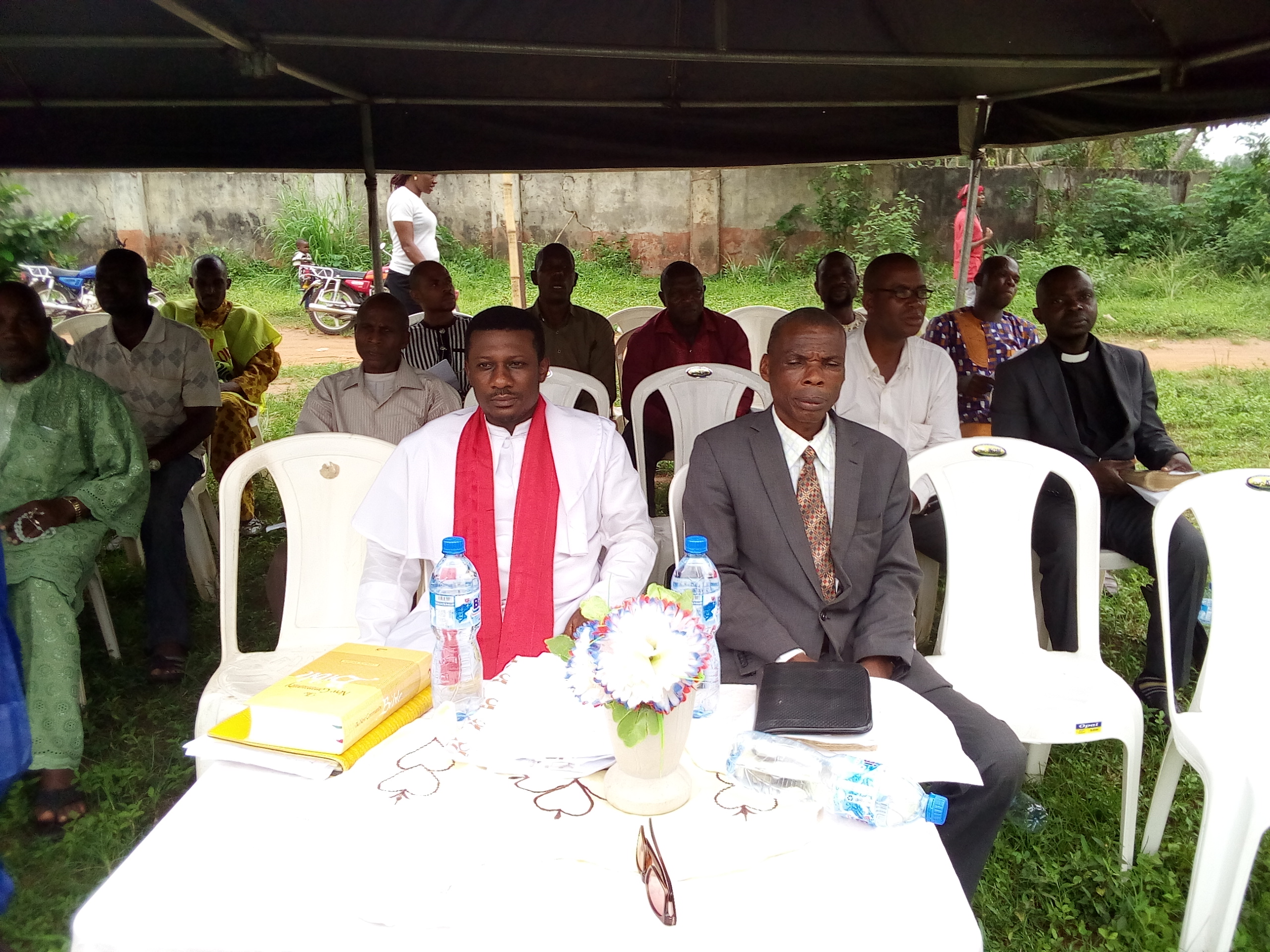 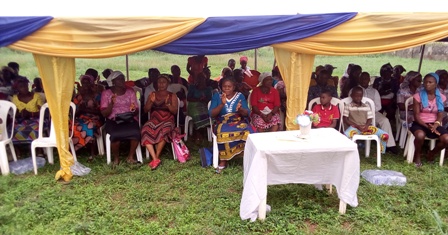 The prayer session has since its inception three years ago become an annual event. It is jointly organized and sponsored by Sir John Orewa and Concerned Citizens Group of People.

In this world of prevalent science and technology, the place of God in the heart of many is gradually eroding. Therefore, it becomes uncommon for one to wonder why an entire community would gather to seek the face of God.

Mr. Ogun Benjamin, Ewuru Community leader, Ewuru, was at hand to speak on this. He said, “There is nothing you can do without God, God is Alpha and Omega. Without God, you cannot think of achieving anything. If you are relying on the devil, you are thinking of destruction. So, once you rely on God, forget the devil, and you will achieve. Life is all about serving God.”

Speaking about achievement, the community leader could waste no time but to quickly enumerate what prayer has brought to them.

“We have a proposed tourism park. We also talk of the relocation of Rev. Sisters who were formerly in Burutu, to Ewuru where they have started the construction of a gigantic project which will enhance education, also a convent to train sisters. We also thank God for the provision of 40 unit of computers for the school skill centre, sited at AgwaEwuru Secondary School, courtesy of  Hon. Victor Nwokolo. We also talk of the recent provision of 150 chairs to Uweifo Primary school by the state government. The empowerment of some of our persons with # 50,000 to undergraduates of Ewuru to at least achieve their educational pursuit. There was also the provision of a transformer to make it a second transformer for Ewuru. We also appreciated Dr. Isioma Okoba who came to Ewuru to offer free health project, medical facilities to the people of the Ihuyase; and lots of other things including the good news that the construction of our road, which has been abandoned, will kickoff soon in earnest. And more importantly, we are appreciative of the peace that God has provided for Ewuru,” he listed.

According to Pastor James of the True Church of God, Ewuru, “The God we are calling today is a God that everyone needs to serve, because He is our father. He created us, he is the source of lives, without him we cannot survive,” he proceeded by advising everyone to run to God, because, “that is the only way we can survive.”

Rev. Father Emmanuel Akwumabor, the Parish Priest of St. John the Evangelist Catholic Church, Ewuru, said God is a supreme Spirit. “God is a supreme spirit. He is the uncreated creator. He is the Great I AM. Someone referred to Him as Amama amasi amasi, meaning the God we know but we don’t fully know. He is awesome “

The Reverend Father posited that even our forefathers had the knowledge of God before the coming of the missionaries. They referred to Him as Chi-Ukwu (chukwu). That is, the greater God. Howbeit, they erroneously thought they could go to Him through smaller gods and deities. “Christianity has made us to know that we can reach this Chi-ukwu through His son, Jesus Christ.”

Going further, he revealed that whatever our forefathers did in the past were done on our behalf, knowingly or unknowingly. Hence, the evil of their doings passed on to their children.

So, one other reason for the prayer session is separating ourselves from the idols that they served.” This he said would save them from the curse and evils. “We are here to cleanse the land,” he opined.

Although prayers are optimal to give those blessings and freedom, yet, they also need to take their hands off sins. Some of these sins he listed as incest, jealousy and idol worship. He buttressed his point by citing the cases of the Jews, Reuben and Joseph’s brethren. The children of Israel were cursed for serving idols. Reuben was cursed for sleeping with his father’s concubine.  Joseph’s brothers suffered for selling Joseph. He quoted Deuteronomy 27:15 downwards, and other bible texts to explain this.

Prayers were therefore made against incest, jealousy, and sins generally. They also prayed for the progress of the land and the progress of Chief Okoh the Iyase of Agbor kingdom.

Quite optimistic that the prayer session will last the test of time, Mr. Ogun Benjamin assured, “It has been inculcated into our system. It is going to be on. Even our children will inherit it. As long as God has placed His hand on it, the devil cannot do anything to stop it”

According to Pastor James, “In as much as God continues to strengthen the hands of the organizers, the programme will continue to be on.”

Also present at the gathering were Chief Okoh the Iyase of Agbor Kingdom, Mr. and Mrs. Steve Ekiri-Mekiriuwa Ashien, Pastor Jacob Anwuzia of Assemblies of God Church, Ewuru, and elders of all four quarters of the community; Idumu Emi Eni, Ewu-Ukwu, Idumu Ujah, and Idumu Mbewe.

The prayer session is held in Ewuru community every Easter Monday.