A female lunatic in A. Egotime Wonders Plant Clinic, Agbor in Ika South Local Government Area of Delta State has delivered of a bouncing baby boy under the partnership of the Ministry for Women Affairs.

According to Doctor A. Ego Ufua (TRMD) said three other pregnant women were awaiting delivery as at the time the female lunatic put to bed.

The Medical Director expressed his profound gratitude to the Governor of Delta State, Senator Dr. Ifeanyi Okowa and the Commissioner for Women Affairs for the opportunity given him to evacuate lunatics off the streets of Delta State. He advised the government to check the inflow of the psychiatric patients in the state as other states uses Delta State as dumping ground for lunatics, saying that he cannot phantom how drivers dump lunatics in broad day light and drive off. 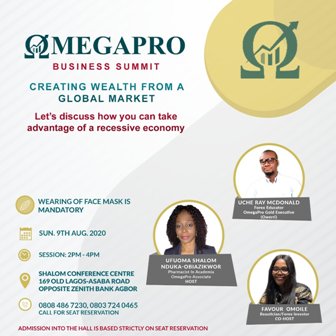 He called on the government to set up a taskforce to monitor and curtail the abnormal act, saying that he is astonished to see that highly placed personalities could condescend so low to having sexual dealings with lunatics along the street.

He said Delta State is fortunate to have a governor who is a medical doctor and has as a result of his knowledge gotten rid of lunatics from littering the State.

He also appealed to the Ministry of Women Affairs to look into the case of lunatic children in the Department of Children Care of Egotime Clinic, saying that the department is born out of necessity to care for the upbringing of the children alongside their mother in lunatic asylum.

The President and Founder, D-Peterson Foundation, Dr. Donald Peterson has again shown his benevolence and philanthropic prowess when a youngster of Ika extraction, Precious Egilewe, a web developer, who hails from Alifekede in Ika South L.G.A. of Delta State, was awarded a scholarship better described as ‘Life Scholarship.’