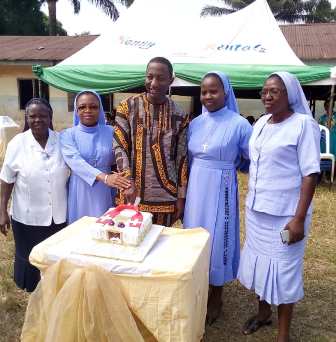 The event which saw the presence of the bishop of Issele-Uku Diocese, His Lordship, Most Rev. Dr. Michael Elue, numerous Reverend Fathers, all the parishioners of Holy Rosary Catholic Church, Abavo, friends and well-wishers was indeed a remarkable one. 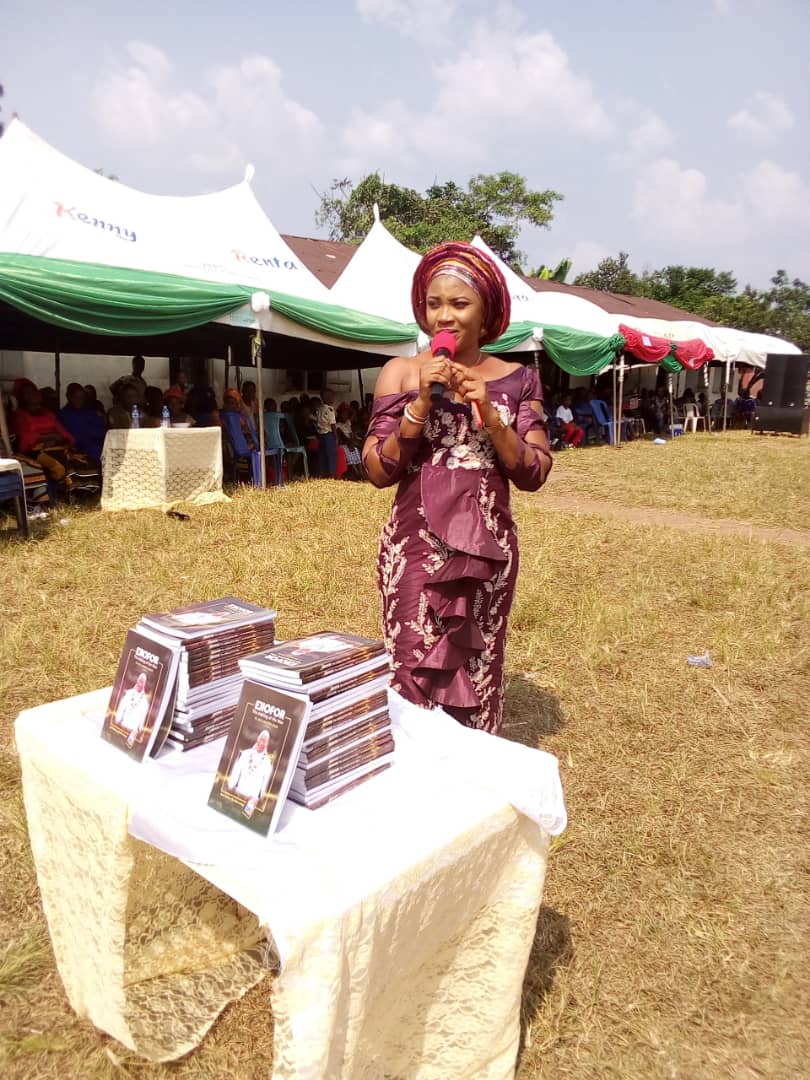 Rev. Fr. Ibude, a prolific writer who has so far written forty-two books has his works covering the three genres of literature. 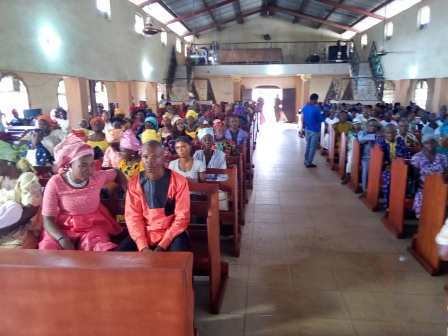 Rev. Fr. Ibude who interestingly happens to be loved by all, said his parishioners amongst other things love the fact that he communicates with them in a language all could easily understand.

“The parishioners in this parish are fond of me because of so many reasons which include my way of communicating with them in a language all can easily understand. We also have our own special greeting here, which is ‘Na So,’ used by both old and young,” he said.

He further expressed the desire of going back into music which he said has been a part of him.

“I hope to go back to my musical career in the nearest future. Music has always been part of me. When I was at the seminary, my friends; Augustine, Sylvester and I formed a musical group called ‘The Orthodox Spiritual Singers,’ which has metamorphosed into Starlight Musical group in the seminary today with so many albums produced,” he said.

The Chief launcher of the book, Mrs. Henrietta Okafor said she assumed that tasking role because she owes all she has to Rev. Fr. Ibude whom she described as a father of all. According to her, “Rev. Fr. Ibude is like a father to me, in fact, he is a father of all. I knew him when he was at Otolokpo as the Parish Priest. He was my late father’s friend. He is a nice man; he picked me up when I had nothing and gave me education. I spent five years in his house and but  for him, I wouldn’t have known what would have been of me today. I owe all I have to him. My prayer for him is that he will live long like Methuselah of old and also enjoy good health,” she said.

It was also announced there at the launching that Fr. Ibude had proposed like his custom is, to use the proceeds of the launching for the development of the parish building.