Members of OML 147 Cluster 1 Communities, which comprised of Ekuku-Agbor, Agbor-Alidinma, Obi-Aynima in Ika South Local Government Area and Ndemili in Ndokwa Local Government Area, both in Delta State, on Thursday, April 29, 2021 held a peaceful protest, demanding for full Arrears of Payment, Interest and Implementation of MOU as agreed with Staff and Management of Pan Ocean Oil Corporation Nigeria Limited during an emergency meeting held on October 1st, 2019.

Due to neglect and delay in the implementation of all the promises made to members of the OML 147 Cluster 1 Communities by the Pan Ocean Management, the Elders, Chiefs, Women and Youths of the Host Communities, on the above date, held a peaceful protest, blocking the entrance to the Pan Ocean Oil Corporation Company which is situated at Owa-Alidinma Community in Ika Northeast Local Government Area of Delta State to demand for their entitlements. 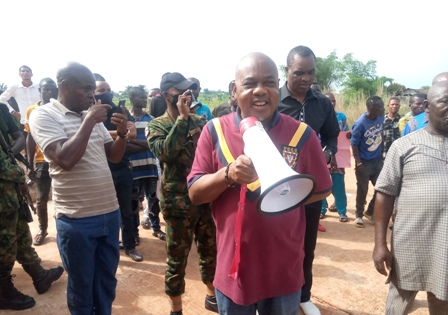 Presenting their demands to the Pan Ocean Staff and Management, on behalf of the Host Communities, Mr. Iwezu John Ifeanyi, a native of Ekuku-Agbor Community said their reason for the peaceful demonstration is for Pan Ocean to stop neglecting and intimidating them by not fulfilling all the promises they made to them since October 2019 to date. 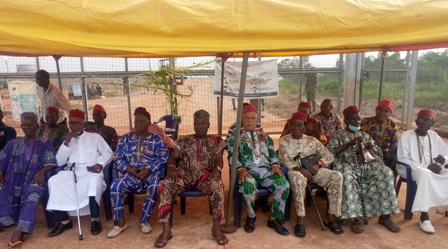 He pointed out that other issues that were also discussed at that meeting were the payment of new salary scale for the Community workers, Commencement date for the implementation of Scholarship Scheme and Graduate Trainee, viz-a-viz modalities for selection, Community work force in all the department of OML 147 and other important issues. 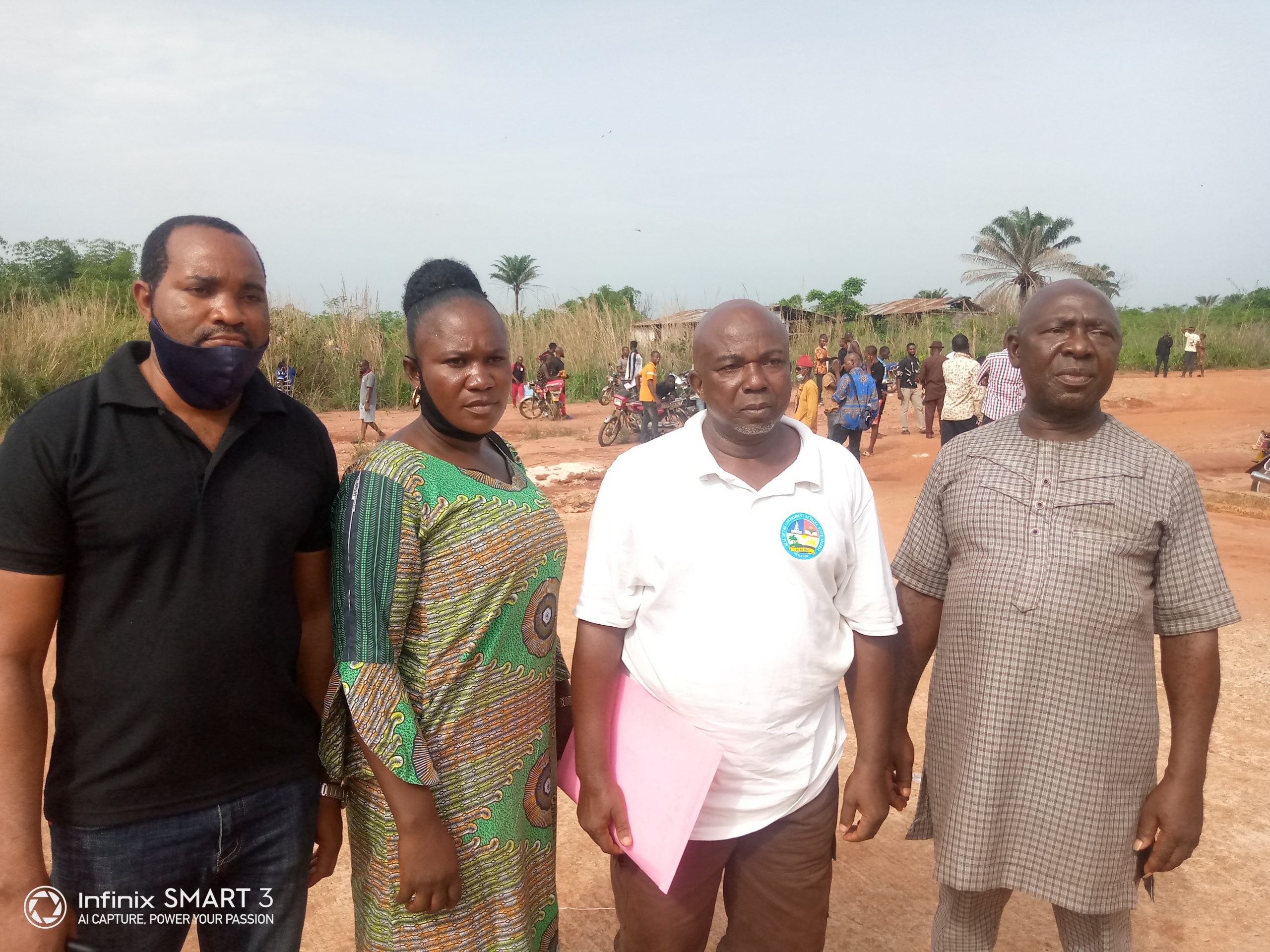 Continuing, he stressed that during the meeting, an agreement was reached with Pan Ocean to fully pay all the arrears and interest as mentioned, saying that since that time till date, no single effort was made by the Company to implement any of them, not even increasing the salaries of the Community workers in the company. He stated that the Host Communities have on several occasions, written letters to the Management of the Pan Ocean itself, Delta State Ministry of Oil and Gas, Delta State Government and other appropriate authorities, stating their demands and their grievances, yet nothing has been done by Pan Ocean to fulfill her promises to them. 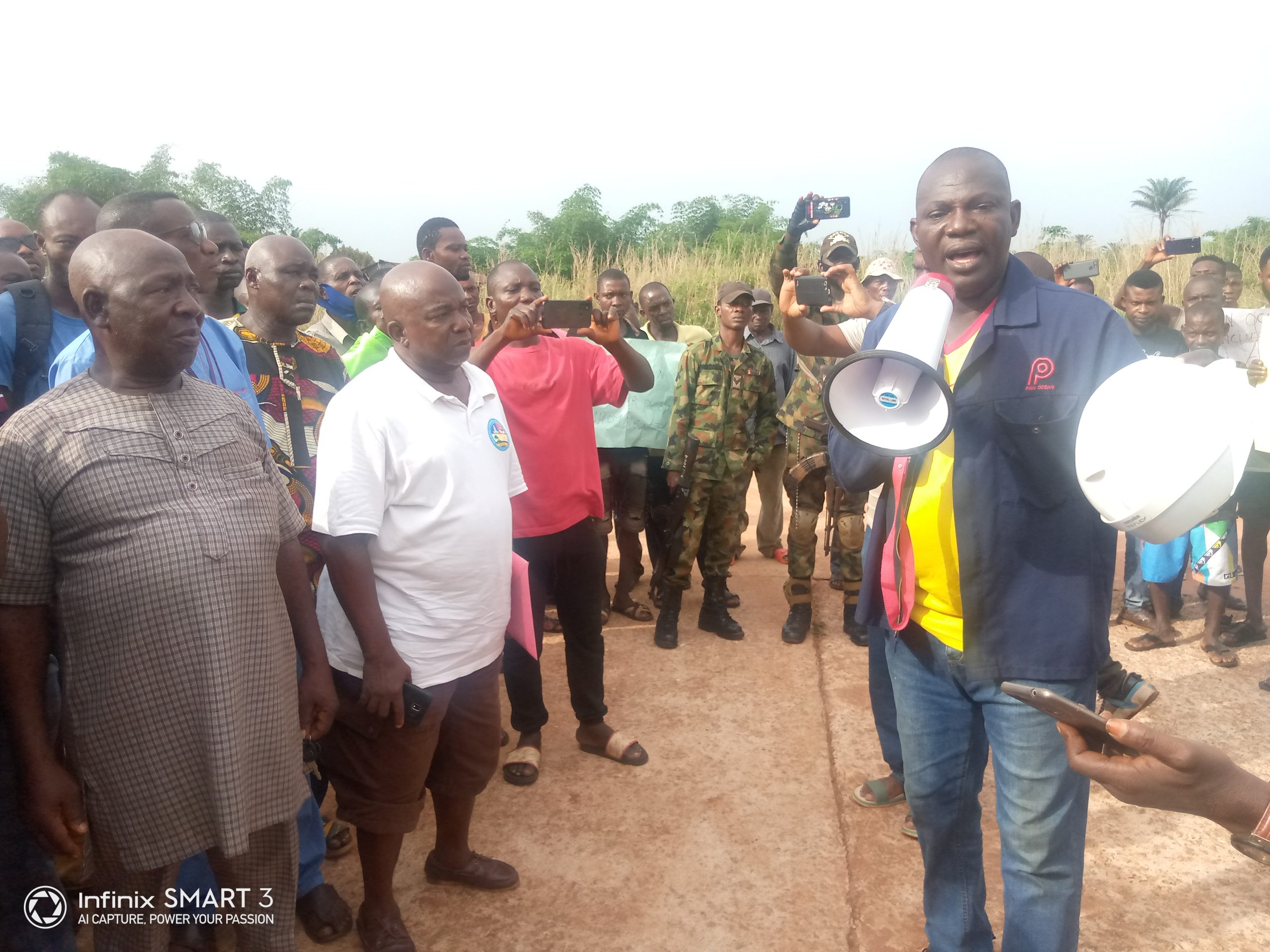 Some Palace Chiefs, who were given opportunities to speak, were Chief P. C. Alimele JP, Sir Chief P.N. Iza and Chief E. Ossai. In their separate remarks, the custodian Chiefs described Pan Ocean as a greedy and incompetent Company, stating that they have served meritoriously and retired, saying that all through  active services, they have never come across a blackmailer and wicked company like Pan Ocean. They on that note charged Pan Ocean to fulfill their promises to them or else they should leave their land.

Chief Alimele on his own part, said that the Cluster Communities have continued to make huge gesture to Pan Ocean, but Pan Ocean continues to withdraw the benefits of the Communities, describing the act as an uncomplimentary relationship.

In his response, the General Manager, Pan Ocean Oil Corporation, OML 147, Engr. Collins Atikube passionately appealed to the protesters, saying that his Company’s inability to implement and fulfill their already signed MOU with them was due to the effect of the Covid 19.

He promised to fulfill all the outstanding promises by June this year by the special grace of God. He stated that for the issue of implementation of Scholarship Scheme and Graduate Trainee, the Company has made effort to commence the programme and that hopefully, before the end of the month of June, 2021, all implementations will be made clear. He also promised to tar the deplorable road that leads to the Company before the 15th day of May, 2021.

Also speaking, the Site Supervisor, Engr. Emomotimi Oru, disclosed that if not for the COVID 19 pandemic the Company would have been able to fulfill at least over 50 percent of her promises, saying that that their major challenge was the Federal Government, whom he said has seized the money meant to carry out the task of implementing all outstanding debts to the communities. He assured that by the special grace of God, in no distant time, everything will come to normal.

At the end of the addresses and deliberations, the following resolutions, were reached, which include;

Firstly, that the road should be done within two weeks and the Contractor should meet with the CLO/CRC members. Secondly, that payment of fund should be paid from the month of May 2019 to June, 2021. Thirdly, that the payment of all stipends should commence immediately. Next, is that Community workers’ payment should commence immediately with increments. On Scholarship, all Courses are important, as such all students should be trained according to their disciplines, and that employment should go round. Also, the Host Communities, that the Company should give them the numerical strength of the workers and lastly, that all expenses made during the protest which amount to One Million Naira, should be paid by Pan Ocean if they want peace to reign.