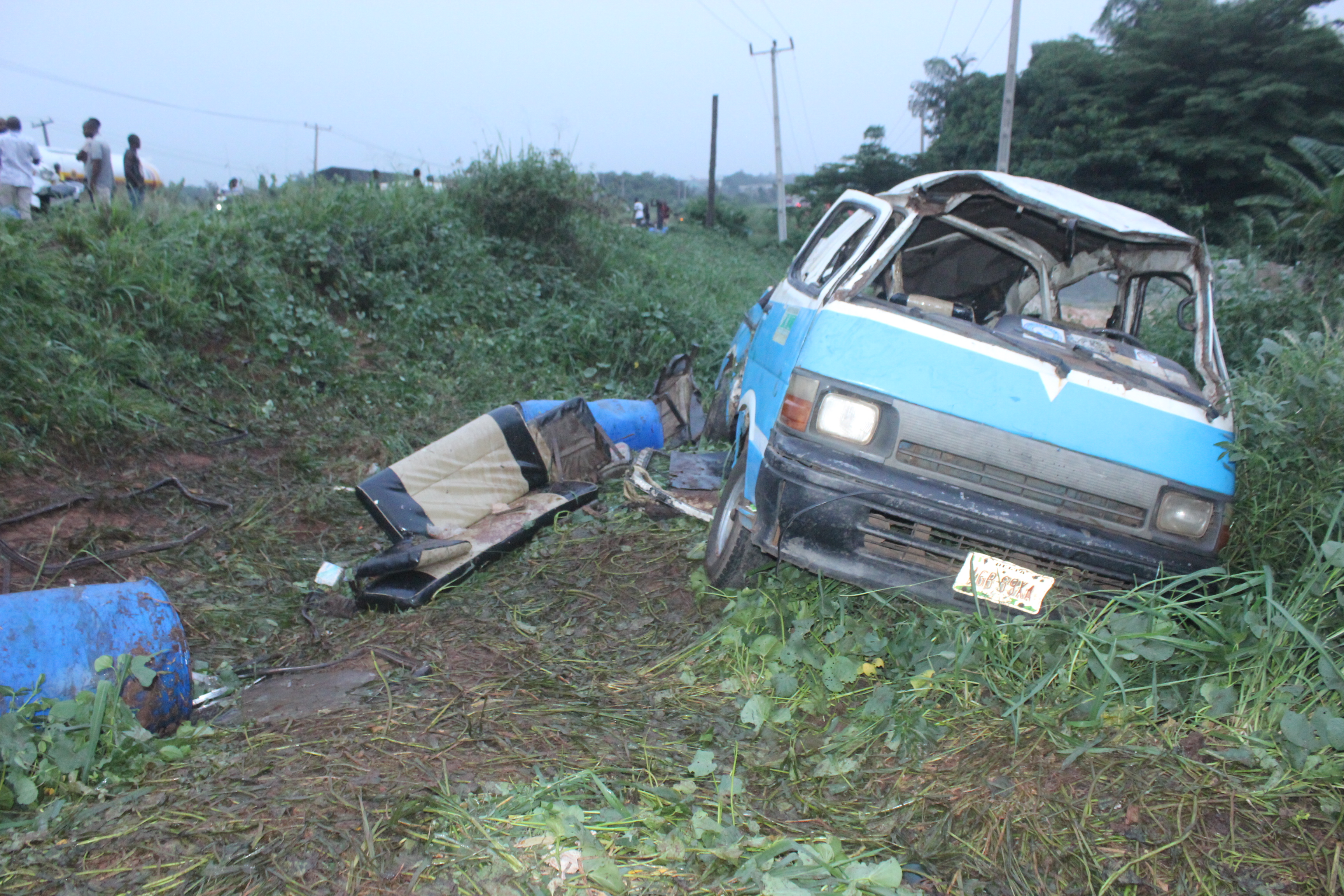 An eyewitness told Ika Weekly Newspaper reporters that the propeller of the trailer which is suspected to have been overloaded with containers pulled off while the driver was on top speed, which resulted in the accident, stating that one male and one female in the bus died on the spot, while others were seriously injured and were rushed to the hospital for medical attention. 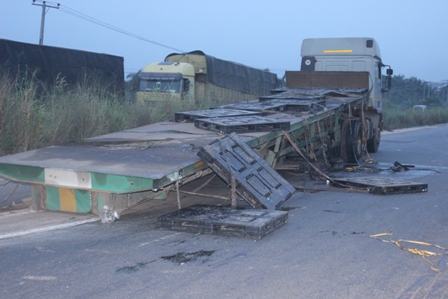 Continuing, the eyewitness stated that Trailer drivers should be called to order as the casualty recorded by the accident was as a result of over-speeding” 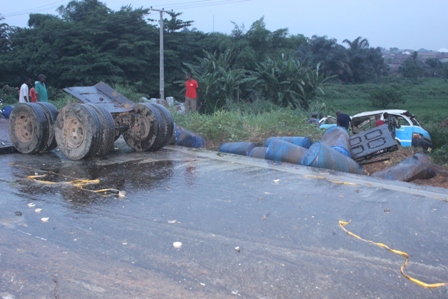