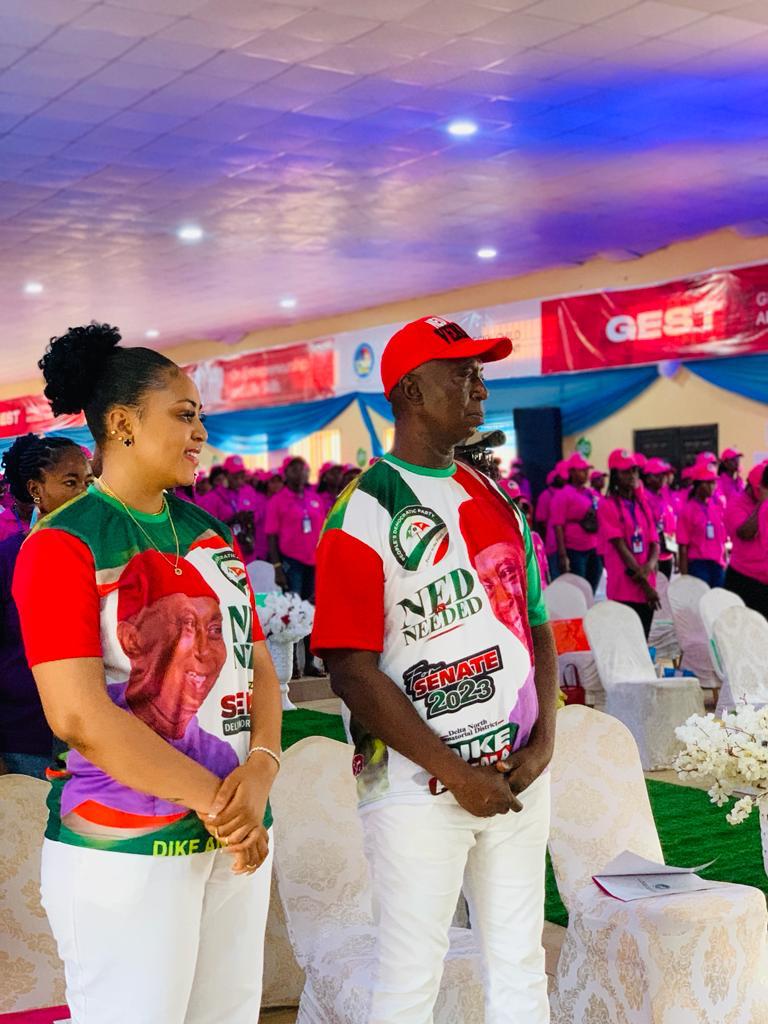 Speaking at the event, Nwoko said,  “This programme is in line with my vision for the youths. I commend Marilyn Okowa for this initiative.

“I do not expect anything less from Governor Ifeanyi Okowa, because I know him, I know what he stands for. I know he believes in the empowerment of youths.

“This is just one of many plans the government has put in place to ensure that the young ones are given opportunity in life. Anyone who participated in the just concluded People’s Democratic Party (PDP) ward-to-ward campaign, can testify that at every opportunity given to candidates to speak, I have always emphasised on youths’ empowerment. A plan prepared by PDP government, led by the party’s presidential candidate, Atiku Abubakar, and his vice, Governor Ifeanyi Okowa.

“We understand that government in the past may not have paid good attention to the youths in terms of education and skill acquisition. That is why we have come up with the N50million grant bill to enable the youths maximise their potentials.

“What is happening here now is a very good foundation to what we intend on doing in Abuja. An Agency would be established, and for the first time, a lot of money would be put under the management of this Agency for the interest of the youths.”

The senatorial candidate who graced the event with his beautiful actress wife, Mrs Regina Daniels-Nwoko, and his brother and campaign logistic manager, Dr Mike Nwoko, the political Oshobe, stated that, this workable plan cannot be achieved without Atiku and Okowa being in the presidency. He stated that for him to produce meaningful results as a senator, all PDP candidates vying for other four political offices, which include; the presidency, the House of Representatives, House of Assembly, and of course, Governorship, have to win as well.