Every day, they say is for the thief, but one day is for the owner of the house. This was the case of one Mr. Godstime Ogor, younger brother to the Chief Executive Officer, Ika Time Newspaper and Online Platform, Mr. Miracle Ogor (based in Germany), who was been paraded by the youths and members of the Vigilante Group in Owa-Oyibu Community, Ika Northeast Local Government Area of Delta State for stealing.

Confessing his evil deeds, Godstime admitted to the criminal offense, saying that it was his first time to burgle a house.

According to him, “On that careful Sunday, April 11, 2021, I went to burgle a house at Idah Quarter here in Owa-Oyibu; on reaching the house, I discovered that the owner of the house, Helene had gone to the Church, I then decided to go into the house through the roof of the building to steal some money,” he said.

SEE MORE: AM AGAINST INJUSTICE IN OWA KINGDOM, NOT THE MONARCH -Miracle

Speaking further, Godstime disclosed that, five minutes after he gained access into the house, he started hearing some voices outside, saying that it was at that point that he ran into another empty room where he had access to the woman’s provision store and hid himself by the back of the refrigerator. 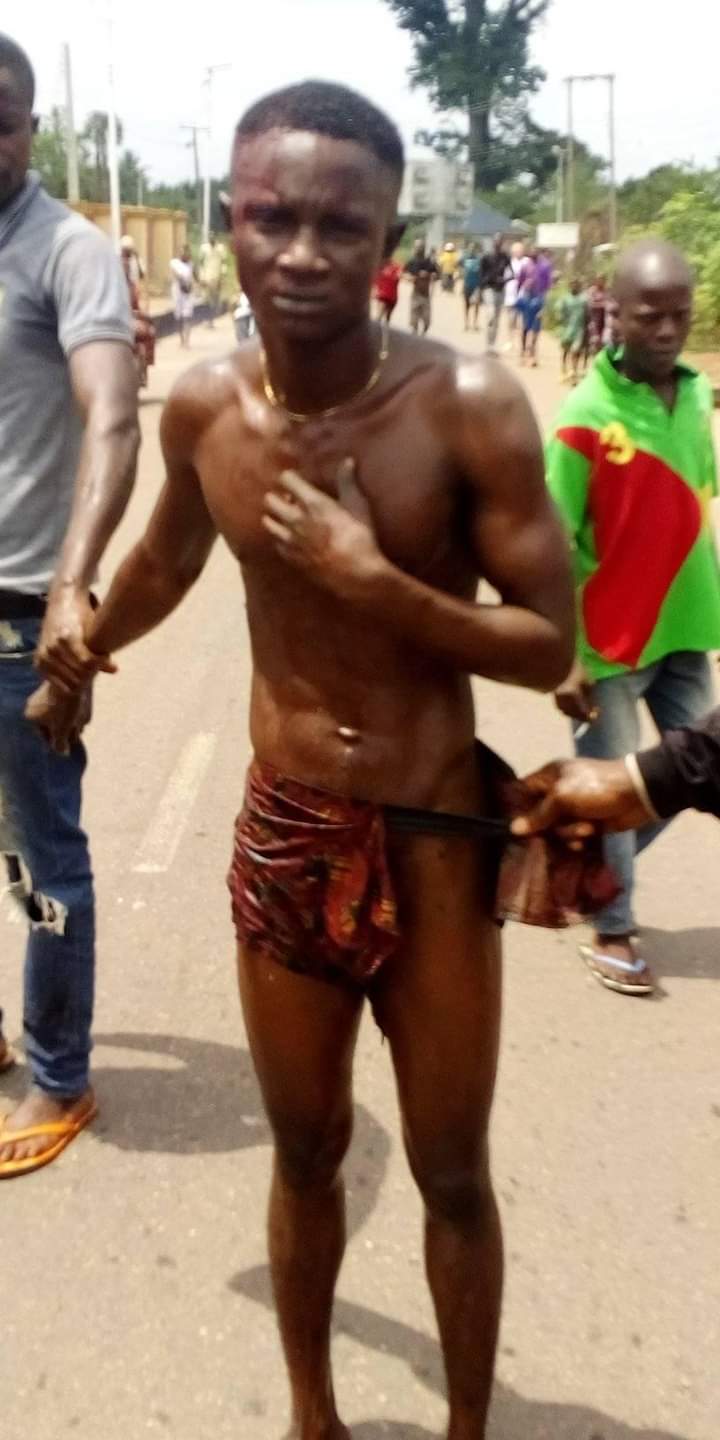 He stated that his going to burgle somebody’s house was not intentional, saying that it was the devil that pushed him into crime.

Speaking in an interview, with Ika Weekly Newspaper Reporter, the Chairman, Vigilante Group, Ika Northeast, Engr. Amos Ikechukwu Agbobu, said Godstime has been a thorn in the flesh of many residents of Owa-Oyibu Community due to his criminal records.

He narrated how himself and other members of the Vigilante group had on several occasions, after proper investigations, reported Godstime’s criminal acts to his parents, but according to him, each time, the parents will always denied, claiming that their son was innocent, and not a thief.

However, the Vigilante Chairman has instructed Godstime and his parents to refund all the money that has been missing from the burgled shop, as thieves have gone to burgled the shop for more than four times.

He then used the opportunity to call on youths to desist from criminal activities and look for better things to do with their lives.

It was further gathered that Godstime has been on a monthly pay roll of #20,000 under the DESOPADEC Empowerment Programme.