GUIDELINES FOR REOPENING OF PRIVATE LESSON CENTRES; WHY DTSG DESERVES OUR PRAISE 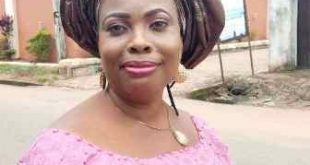 Weeks after the Delta State Government directed the closure of the entire private lesson centre in the state, what appears a glimpse of hope came the ways of the operators as the Commissioner in charge of the Ministry of Basic and Secondary Education, Mr. Patrick Ukah, in a recent statement issued in Asaba, released a new operational guidelines that private lesson owners across the state must adhere strictly to in order to guarantee their continued operations.

Ukah, who enumerated the guidelines for the reopening of the centres to include: readiness of operators to ensure that only candidates for Joint Admission and Matriculation Board (JAMB)/IJMB examinations attend the lessons during the morning sessions between the hours of 9am-1pm Mondays to Saturdays, enrollment at the lesson centres must be based on their carrying capacities, adherence to COVID-19 protocols and the use of appropriate curriculum in teaching and learning at the centres, among others.

SEE ALSO: THERE IS A DIFFERENCE BETWEEN SCHOOLING AND EDUCATION &#8211; Dr. (Mrs.) Patricia Akumabor

Certainly, this latest reaction coming from the state government is not only welcoming but elicits two sets of reactions.

First, the reversal /guard line postures the state government as not only a listening leadership but a responsible and responsive government. This fact becomes so glaring when one remembers that the clampdown on the private lesson operators was greeted by public outcry and condemnation.

To show how distasteful and slanted the decision was, the Ika Weekly Newspaper devoted one of its weekly editorial comments to the controversial decision. In saying this, the Newspaper is not trying to stir up old wound intentionally or unintentionally but would like to avoid both.

Secondly, the reversal in the newspaper opinion remain a sure sign that the state government still believe that educational policies in the state needs to be continually reviewed and improved upon particularly as education is the bedrock of development  in any given society, state or nation.

Certainly, like every well-meaning deltan, this latest response coming from the state government is well appreciated by the Ika Weekly Newspaper. As the Newspaper calls on the operators of private lessons centres in the state to  comply with this new guidelines, it also  urges all those in government charged with this new registration and enforcement of the guidelines to appreciate the task ahead of them and rise up to the challenge.

On our part, the Ika Weekly Newspaper’s promises the government at local, state and Federal levels, that as an objective media organization, we will continue to support the fundamental needs of the nation, and, the positive purpose of the elected government if it will not in any way dent/obstruct the media’s primary responsibility to the masses in a democratic society which among others includes -inculcating and reinforcing positive political, cultural, social attitudes among the citizenries. Create a mood in which people become keen to acquire skills and disciplines of developed nations

Finally, as the education loving deltans celebrate this new guideline, the Ika Weekly newspaper management sincerely hopes and fervently prays that God will furnish our leaders with the needed wisdom to develop education sector in the state to the level that will render private lesson centres unnecessary.