The unfortunate incident which occurred between 10 and 11 pm attracted friends and neighbours of Chief Ikem as well as those living in the area.

It was learnt that the wife of Chief Ifeanyi Ikem, Mrs. Ebere Ikem who was not as lucky as the husband was shot on the leg.

When Ika Weekly Newspaper reporter visited the family at Idumu Ile quarters, friends and those living in the area were seen showing concern and thanking God as no life was lost. 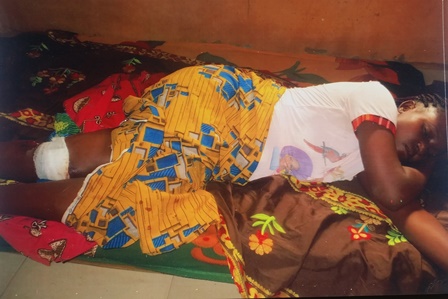 Narrating to the Press the ugly incident, the Arum of Umunede stated that people were still coming to congratulate him on his recent elevation and position as Arum of Umunede on that fateful day, saying that after they had all left, he went and put off the generator.

In his words, “After they had all gone, I went and put off my generator and went inside my house to sleep. Shortly after I retire to bed, I heard some footsteps approaching my house. As they draw closer, my dog started barking and I quickly stood up and remained alert. As they started asking of me, my wife went and asked why they were looking for me. My wife told them that I have already slept and that it was already late to come to someone’s house. But the uninvited visitors insisted on seeing me, told my wife tell me that Sunny is looking for me. 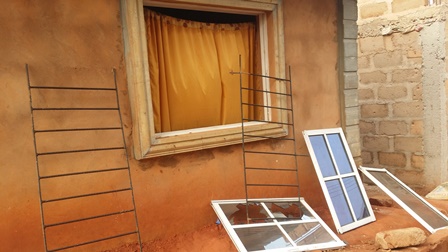 “My wife came and asked me who Sunny is but I told her I do not know any person call Sunny. While still pondering on what to do next, I heard my uncle questioning him why they should be in somebody’s house to make arrest at this late hour. None of these boys were wearing police uniform, they were all in mufti dress with some of them carrying pistols, pump action, and Ak47. It was Zabby from Akumazi that was carrying the pump action (gun). When they finally and forcefully gained entrance into my house through the window which they destroyed, it was my wife that first approached them before I came out from my room and demanded why they wanted to arrest me.

“They told me that it was Prince Paradise, Henry Okonye that sent them, that I was the person that sent people to destroy his property. I was shocked because I am innocent of the accusation. Eventually, argument ensued between us and we started fighting. We fought and came outside and shouting and cries of my children attracted many in the area.

“When they saw that people were already coming out, they started firing gun shots into the air which scared them away. While my wife was still gripping one of them, we heard her loud outcry saying that she has been shot. They ran and zoomed off in their car as more people tried to come to our rescue.”

When Ika Weekly Newspaper contacted Prince Paradise, he disclosed that he knew nothing about the attack, saying that he only reported the destruction of his property to the police in Zone 5, Benin, Edo State.