Residents of Idumu Oba quarters in Umunede in Ika North East Local Government Area of Delta State echoed in one voice, demanding Fulani herdsmen to leave their farm roads. They stated this following an attack on one of their sons, Mr. Onya Junior by Fulani herdsmen. The ugly incident which occurred on Wednesday January 15, 2020 attracted the attention of many, including the aged who requested that the case be reported to the palace before any further action would be taken.

Addressing angry mob in his palace, HRM Dr. Ezeagwu Ezenwali 1 (JP) commended Idumu Oba Quarters residents for their good conduct, saying that he was impressed that the situation did not escalate. 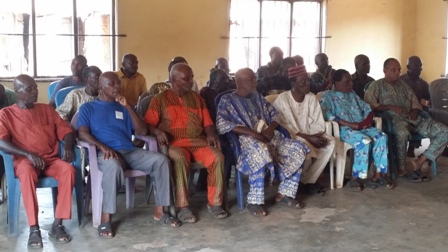 He urged them to remain calm and law-abiding as the case would be properly handled. The Royal Father enjoined them to remain united, using the opportunity to remind them on the need to have an “Okita” in Idumu Oba quarters. 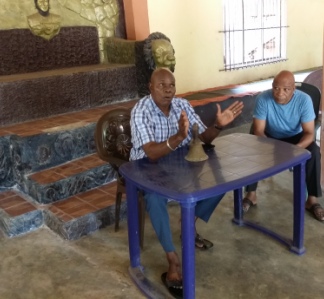 Recounting his ordeal, the victim, Mr. Onya Junior said he was on his way the  to farm to fetch firewood for his mother when he met the four (4) armed Fulani herdsmen. He disclosed that he  initially tried to flex muscles with them,  but eventually took to his heels when they brought  out their weapons, abandoning  his motorcycle.

Those who trooped out  to hear his narration, gave thanks to God that he escaped, raising alarm that lives of the people in Idumu Oba quarters, especially farmers are threatened by the frightful incident.

According to one of them, “Our lives are in danger with the Fulani herdsmen taking over our farmlands. We are now gripped with fear of going to the farm”

When Ika Weekly reporter   visited the scene of the incident at Oba farm road, the machine of the victim had  been burnt alongside a cow.

Speaking to Ika Weekly, reporter at the scene of the incident, the father of the victim, Mr. Onya Joseph thanked God for preserving the life of his son. He noted that the evil activities of the herdsmen in Idumu Oba farm road have reached the brim, demanding that they should go.