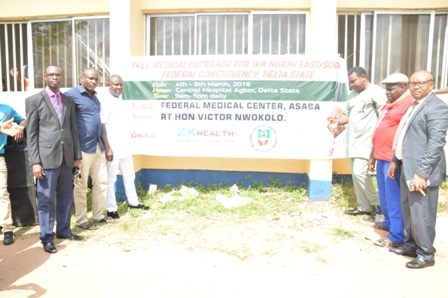 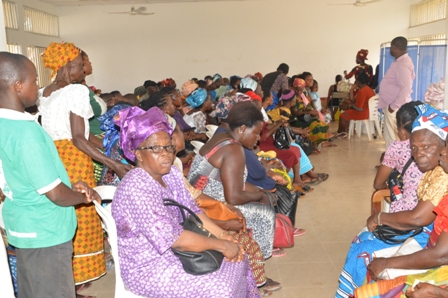 The five day outreach which is the third edition being organized by Hon. Nwokolo saw over hundred cases of operation, and surgeries for different ailments, including fibroid cases. 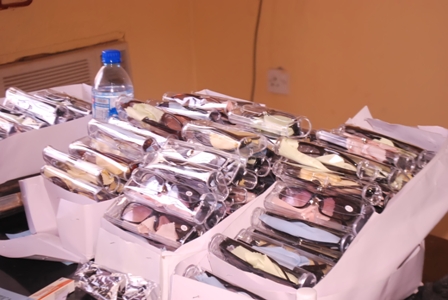 Speaking on behalf of the medical team, Dr. Joseph Kidbu stated that the previous outreaches were three days, but was extended to five days by Hon. Nwokolo due to his concern for the wellbeing of his constituents. 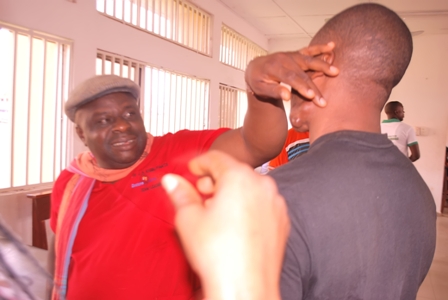 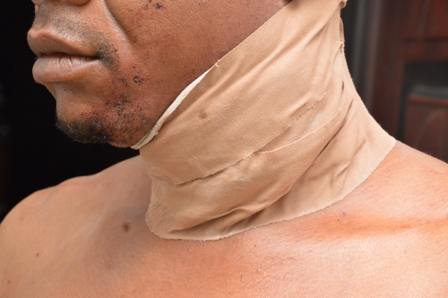 He said the outreach is of great impact to the people, saying that it is greater than other forms of empowerment, due to the large number of persons treated. He said they offered quality care to all patients. He further stated that the outreach is an intervention program to compliment the efforts of the governments National Health Insurance Scheme. 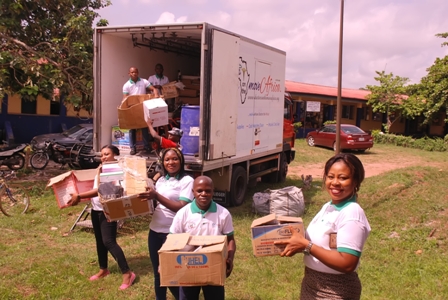 Services rendered during the outreach were: ultra sound scan, treatment of cataracts, medical checkup, and surgeries of all kinds, such as fibroids, tumors, hernia, and the like, all without charges. 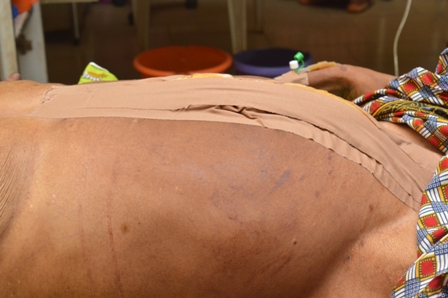 Dr. Kidbu stated that Hon. Nwokolo has shown a high level of passion for his constituents by organizing such programmes which impacts positively on a large number of persons within both local governments.

In addition, he said that Hon. Nwokolo takes the less talk- more action approach at the National Assembly to attract projects to his constituents, even as the Chairman, House Committee On Petroleum, Downstream.

Declaring the outreach open on Monday, March 5th, Hon. Victor Nwokolo, represented by Hon. Anthony Elekokwuri, member representing Ika North East at the DTHA, said, over ten thousand persons have benefitted from the outreach since its inception. Hon. Elekokwuri asserted that the health of Ika People is paramount to Hon. Nwokolo, especially the women who are workaholics.

In his words, “Victor Nwokolo wants to identify with those people in pains, the downtrodden, and the poor, those who ordinarily cannot afford going for operations, due to financial constraints, hence his reason for the outreach. People usually argue that he does not move motions in the house, but he touches lives, and that is the most important thing.

“Section 14, sub section 213 of the federal republic of Nigeria Constitution states that “the primary purpose of governance is the welfare and security of the people and that is why we are in position” he stated.

He stated that Hon. Nwokolo has demonstrated his concern for the welfare of his people through the outreach, saying that he has utmost interest in the well being of his constituents. This year’s outreach saw over 58 major surgeries, 48 eye operations, 700 medicated glasses dispensed, and over 50 laboratory and ultra scan cases attended to.