I AM NOT CAMPAIGNING FOR VOTES IN IKA LAND –OKOWA

It was a sight to behold as virtually all the indigenes and residents of Ika North East and Ika South Local Government Areas closed down their shops and trooped out in their large numbers to welcome the State Governor, Sen. Dr. Ifeanyi Okowa, other PDP candidates and members of their campaign team to Ika Land on Friday February 1, 2019. 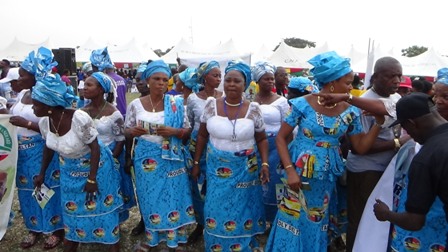 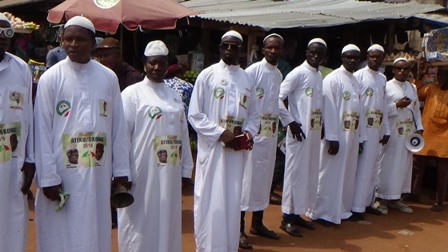 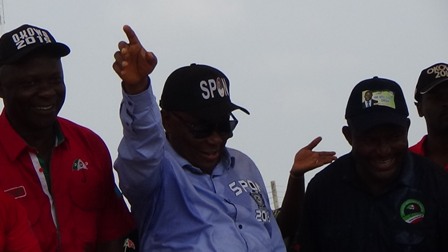 The governor who was at Government Field Agbor and Owa Oyibu stadium with his entourage, which included PDP candidates for the 2019 elections, PDP stakeholders, gospel artist, Chinyere Udoma, popular Nigerian comedian, Francis Agoda, known as I GO DIE, renowned Nollywood actress Patience Ozokwor, popularly known as Mama G, Regina Daniel and other actors and actresses, expressed delight with the noble welcome given him and his entourage by his people.

The governor while thanking the people of Ika North and Ika South, brought to their knowledge that he was not there to campaign. According to him, “I am not campaigning for votes in Ika Land. My fight is your fight and my victory is your victory. You should rather join in the campaign through whatever means you can. People are already campaigning for us in other places, and I do not think anybody will expect me to campaign here, because this is my root.”

Continuing, he promised to create more job opportunities and empowerment schemes when reelected, urging the people of Ika Land to give him and other contestants from PDP, 100% votes.

Commending Okowa’s efforts so far and assuring all present that APC has no place in Delta state, Mrs. Patience Ozokwor, a well-known Nollywood actress popularly known as Mama G, said, “the reelection of governor Okowa is essential for the good of all Deltans. It will enable him to finish the good works which he has started, which you all can testify to. He has constructed several roads across the state, he has renovated schools, he has empowered countless numbers of youths and women, and so many other things that he has done.

“I am also urging you all to vote all PDP candidates alongside Okowa. PDP will never disappoint you. You do not need to cast any of your votes for APC, because APC is an expired drugs,” she said.

Mr. Francis Agoda (aka I GO DIE) lending his voice for the need to vote in Okowa for a second term in office, charged the people to come out en masse without fear and vote their conscience, saying, “this opportunity belongs to the people and they have the power to decide; the power is your vote, your vote is your choice, and your choice is your decision.”

Songs of worship and praise to God were also rendered at the event, led by the gospel artist Chinyere Udoma.

0Shares
0 0
Share
Previous SOCIAL MEDIA; YOUTHS, AND THE FUTURE OF OUR REPUBLIC
Next MAMA G, I GO DIE, CELEBRITIES FOR REELECTION OF OKOWA