Following the heavy flood which rendered many homeless and destroyed properties worth millions of Niara in 2012 the Presidential Committee on Flood and Relief Rehabilitation (P.C.F.R.R) has handled over a fully built Internally Displaced Persons (IDP) camp to the State Emergency Management Agency, Asaba. 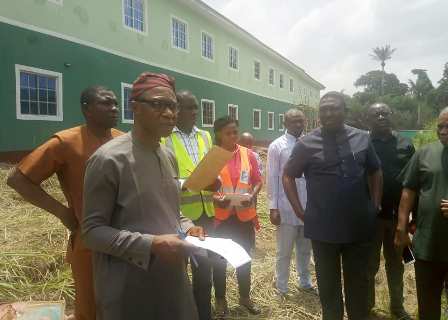 The camp located at Alisimie was handled over by the Chairman of the committee, Alhaji Aliko Dangote represented by Mr. Owoicho John on Thursday, April 12th, 2018. 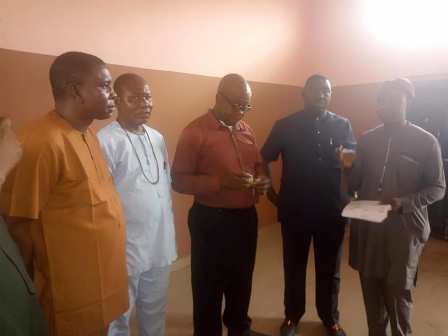 Carrying out inspection of the facilities to ensure completion before handing over, Mr. Owoicho stated that the project was triggered by the flood disaster which ravaged some parts of the country, including Delta State. He asserted that the camp is open to victims who are rendered homeless by disasters such as flooding and the like. 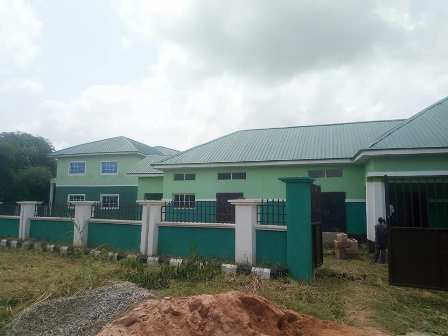 Present during the inspection and handing over were: the Honourable Commissioner, Bureau for Special Duties, Barr. Ernest Ogwezzy, The Executive Chairman, Ika South Local Government Area, Hon. Barr. Victor Okoh, Hon. Diken Arede, Executive Assistant to the governor on political matters, Hon. Solomon Igudia, Councillor representing the Ward at the Legislative Arm, the traditional head of Alisimie, Chief Agbasogun, management team of SEMA and some members of the community. 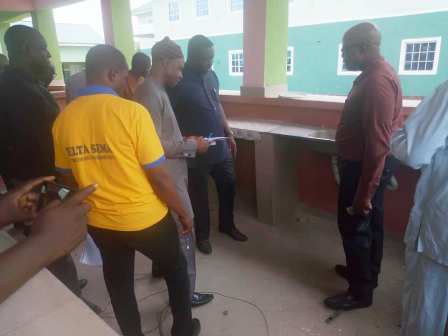 Speaking on the state of work carried out on the site, the Commissioner and the Chairman of the Local government both commended the quality construction by one of the contractors, saying that it was done to perfection.

In the absence of irregularities in the 1st phase of the construction, it was officially handed over to SEMA to put the building to proper use. Some members of the community who expressed delight at such project situated in their community commended the state governor, Sen. Dr. Ifeanyi Okowa, for ensuring that the project was built in the community. They expressed optimism that the project when put to use, will advance Alisimie Community.

In the same vein, they commended the state government for the ongoing construction of the road which leads to the camp, describing it as a welcome development.

They described the level of job carried out by the contractor as satisfactory even as they applauded the federal government for the initiative.