Ika National Hall, Agbor, in Ika South Local Government Area of Delta State, venue of the 2018 Annual Summit of the Ika Community Ladies Welfare Association, came alive on Saturday October 13, 2018, as the women in their large numbers dressed in  beautiful attires thronged the massive auditorium for their celebration. 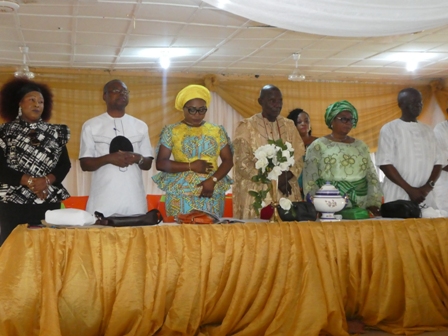 The association which was founded in June 2012, is aimed at fostering, strengthening and expanding unity, development and progress among Ika women and Ika community in general. Hence, as women of integrity, they said they will join hands in building an enviable Ika nation. 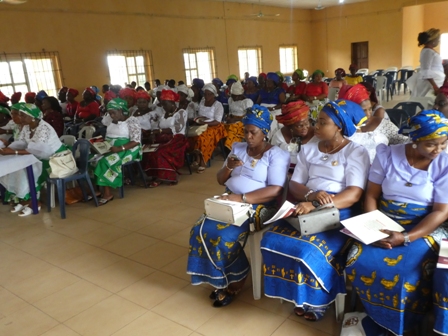 In a brief speech, Her Excellency Dame Edith Okowa, the wife of the Delta State governor, who was represented by Mrs. Gloria Erigbuem, thanked God for the privilege of having the 2018 annual summit of the association in good health and congratulated the women for their vision and achievements, and urged them to use the occasion as an opportunity to rededicate their lives to God knowing that their role is very importance in the society, saying that they pivot home and are mothers of children, they instills the habit of discipline to the children, which if well imbibed will foster orderliness and good conduct in the society and the world. She said for the above reasons, they should live and walk in righteousness and the fear of God;  emphasizing that if God be for them, nobody can be against them. She prayed God to crown their efforts with huge success. 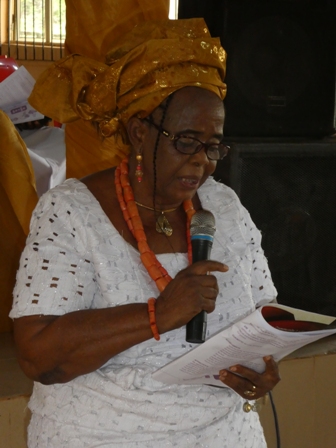 Speaking on the theme of this year’s annual summit, which is, “Woman As The Pivot Of The Home,” the chairman of the occasion Dr. (Mrs.) Isioma Okobah, the chairperson of Delta State Primary Health care Development Agency and the Executive Assistant to the Delta State Governor on E-Health Programmes, who was ably represented by Comrade Andy Adaigbe; extolled women as pivot of their homes, and urged them to do away with the foolish and negative influences of modern society and walk in the ways of God, saying that a woman must desire to be righteous, having seen the importance God placed on building generations of righteousness, if they desire it in their homes. 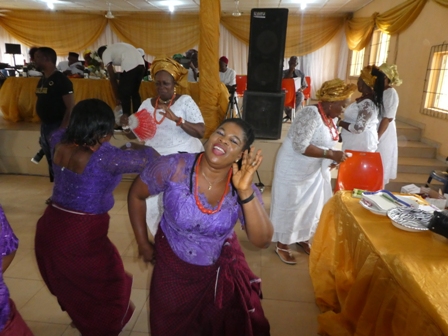 Continuing, she noted that they can be the greatest help to their husbands or the greatest stumbling block for their homes, emphasizing that the woman being the pivot of the home has a very important role to play in the home and without it, the home will most likely fail; Quoting the bible from the book of Proverbs 14:1, which states that, “Every wise woman buildeth her house; but the foolish plucketh it down with her hands”. She stated that the woman has to play an important role in the world, saying that the world cannot exist without her; explaining that the child feels more protected in the arms of the mother than the father.

Speaking further, she said she was proud of the significant progress made by the association since its inception six years ago. She  however noted that much work lies ahead to achieve not just in the communities but in the entire country.

Dr. (Mrs.) Okobah also commended governor Okwoa, for recognizing the role of women in nation building and for his policy of prosperity For All Deltans as enshrined in the SMART Agenda Programme of his administration. Continuing, she hoped that women will maintain a central role as the country continues her political transition. She urged all to put the state in prayers and remember to assist the flood victims taking refuge in the holding camps across the state.

In an address presented by the president of the association, Dame Princess Margaret Obaigbena, which was read on her behalf by Lady Edith Okoh (JP), she welcomed all to the August occasion, after recounting what led to the formation of the association and the inauguration in 2013. She disclosed that the motive behind the group is to initiate and introduce ideas that will benefit and revive Ika cultural values, morals and dialects, mostly teaching our children Ika language in schools. She also enumerated some of their achievements, which she stated was writing to the chairmen of the two local government of Ika nation to stop the cultivation of yams, cassava and vegetables on top of graves at the cemetery.

Continuing, she revealed that the annual summit for this year is for all to join hands in building Ika land and to also raise fund for building a skill Acquisition centre, in order for the girl child to have a centre to learn and stop hawking on the streets. She appreciated the laudable efforts of the state governor for giving Ika land a beautiful face lift, with beautiful infrastructures like roads, markets, hospitals, etc. They pray the Almighty God to return their son, His Excellency, Senator Dr. Ifeanyi  Okowa, for a second term, in order for him to accomplish his developmental programmes in Ika land.

The association also sent their good will message to Dame Edith Okowa, the first lady of the state¸ assuring her that they are all behind her husband and would always give him their massive support, assuring that they will visit him to celebrate his victory. The occasion also attracted the member representing the Ika Federal  constituency in the National Assembly, Hon, (Barr.) Victor Nwokolo, who was represented by Chief/Mrs. Mary Agbogwe, and the head, collective leadership of Onu Ika Nigeria Elder, Dan Usifoh.

Highpoints of the summit were the elaborate lectures delivered at the event by professor Samuel Chinedum Ukala, who dealt extensively on the theme: “Woman as the pivot of the home”.  The second resource person was Mrs. Tessy Onwuka, the principal, State School of Nursing Agbor, who spoke comprehensively on the topic “Healthy living.” While Elder Dan Usifoh, in a brief exhortation,  encouraged mothers to always inculcate in the children the right morals that they will need as good and successful citizens of Nigeria. He also encouraged them on the need to stop the mass exodus of our youths to foreign lands in search of greener pastures, that are not in existence but slavery and death in the Mediterranean sea..