Following the yearning of the Laity and Clergies for an indigenous Bishop to succeed the retiring pioneer Bishop of Ika Diocese, Anglican Communion, the Rt. Revd. Dr. Peter Imhona Onekpe, Ven. Godfrey Ifeanyi Ekpenisi after a competitive selection and thorough scrutiny by the Standing Committee of House of Bishops at the Cathedral Church of St. Peter, Minna, Niger State, on Tuesday, September 18, 2018 emerged as the Bishop-Elect of the Anglican Diocese of Ika. 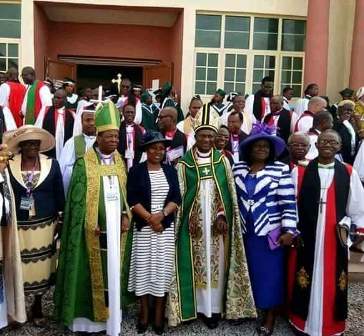 The entire Ika Diocese has long awaited and prayed for a young pragmatic indigene of Ika to succeed the incumbent. The overwhelming joy that spread all over the Diocese following the news of Ven. Ekpenisi’s emergence as the Bishop-Elect shows that he is the choice of the people whom the people saw as the answer to their prayer. 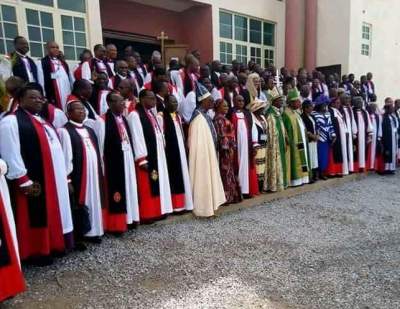 Following this development, the Executive Governor of Delta State, His Excellency, Senator Dr. Ifeanyi Okowa has congratulated the Bishop-Elect, Ven. Godfrey Ifeanyi Ekpenisi on his emergence to the elevated position as the Bishop of the Diocese.

In a congratulatory message signed by his Chief Press Secretary, Charles Aniagwu on Wednesday at Asaba, said Ika people in particular, Deltans and Nigerians in general were proud of him as the new Bishop of Ika Diocese.

READ ALSO: THERE IS A MISSION FOR THE CHURCH TO PREACH SALVATION — Rt. Rev. Dr. Onekpe (JP)

The Governor also applauded Ven. Ekpenisi’s emergence after a highly competitive process but said he was not surprised at his emergence to occupy the exalted office, adding that the Bishop-Elect made an indelible mark as the first student in the history of the University of Abuja to graduate with First Class Honour in the Department of Philosophy and Religions.

According to the Governor, “With your resounding intellect, great pastoral zeal and passion, you have over the years risen above board by preaching the word of faith towards repentance.
“It is our prayer that in your new position, God will use you to counsel and move the entire Ika Diocese,

Anglican Communion in the direction in which you have been ordained to lead.”
Governor Okowa wished the Bishop-Elect God’s guidance, protection and success in his new post.