Chief Ika Etumuse the Egbebeli-Ugoebeli 1 of Igbodo and the author of the book titled “Ika First Achievers and Events” which was co-authored by Mr. Solomon Omoje stated that the book is a book of Ika champions.

He made this disclosure on Monday 6th April, 2021 at Palm Centre, 7 Ogala Street by Owa-Ekei Road, Ika North East Local Government Area of Delta State during the launching of the book. 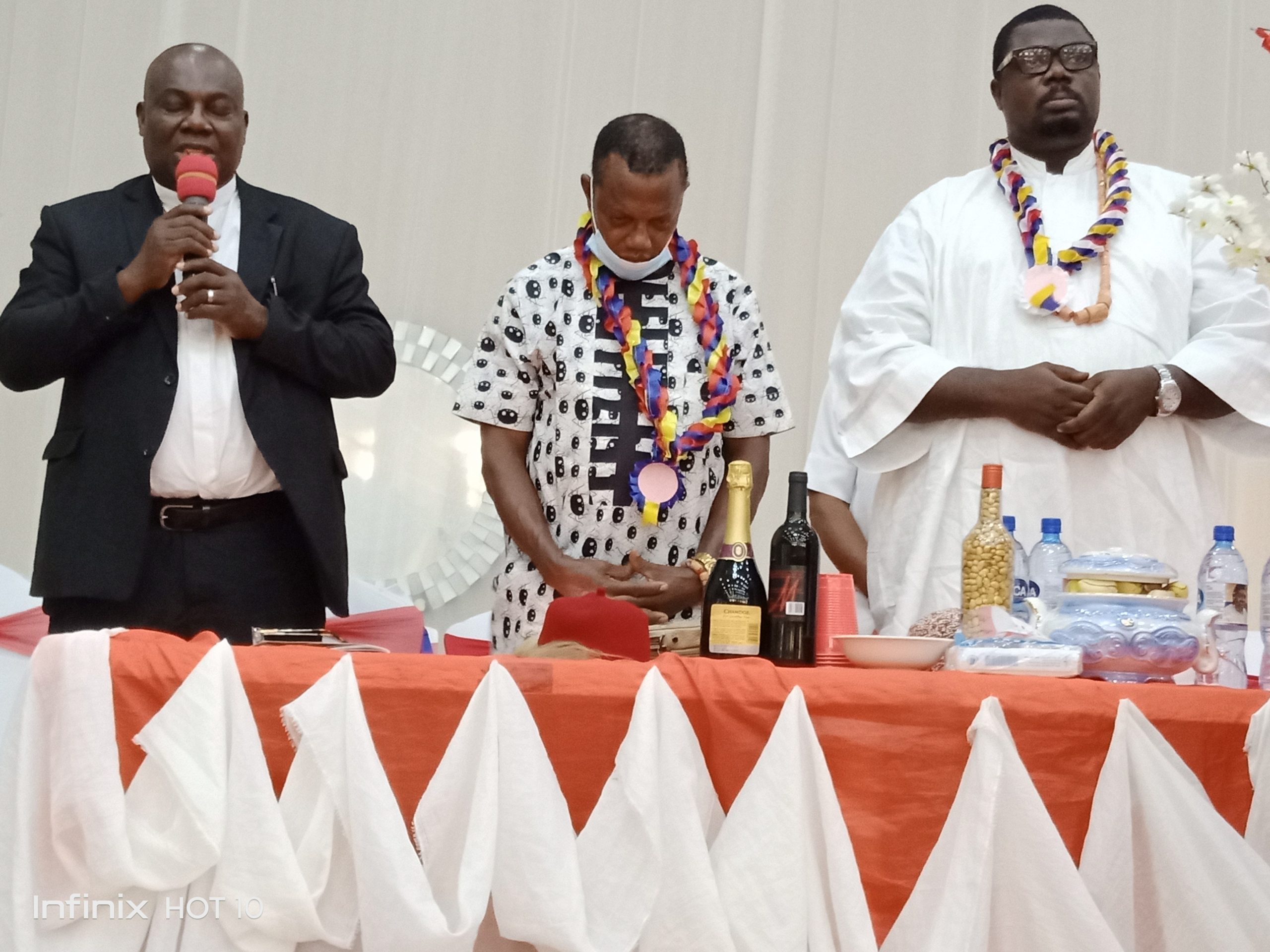 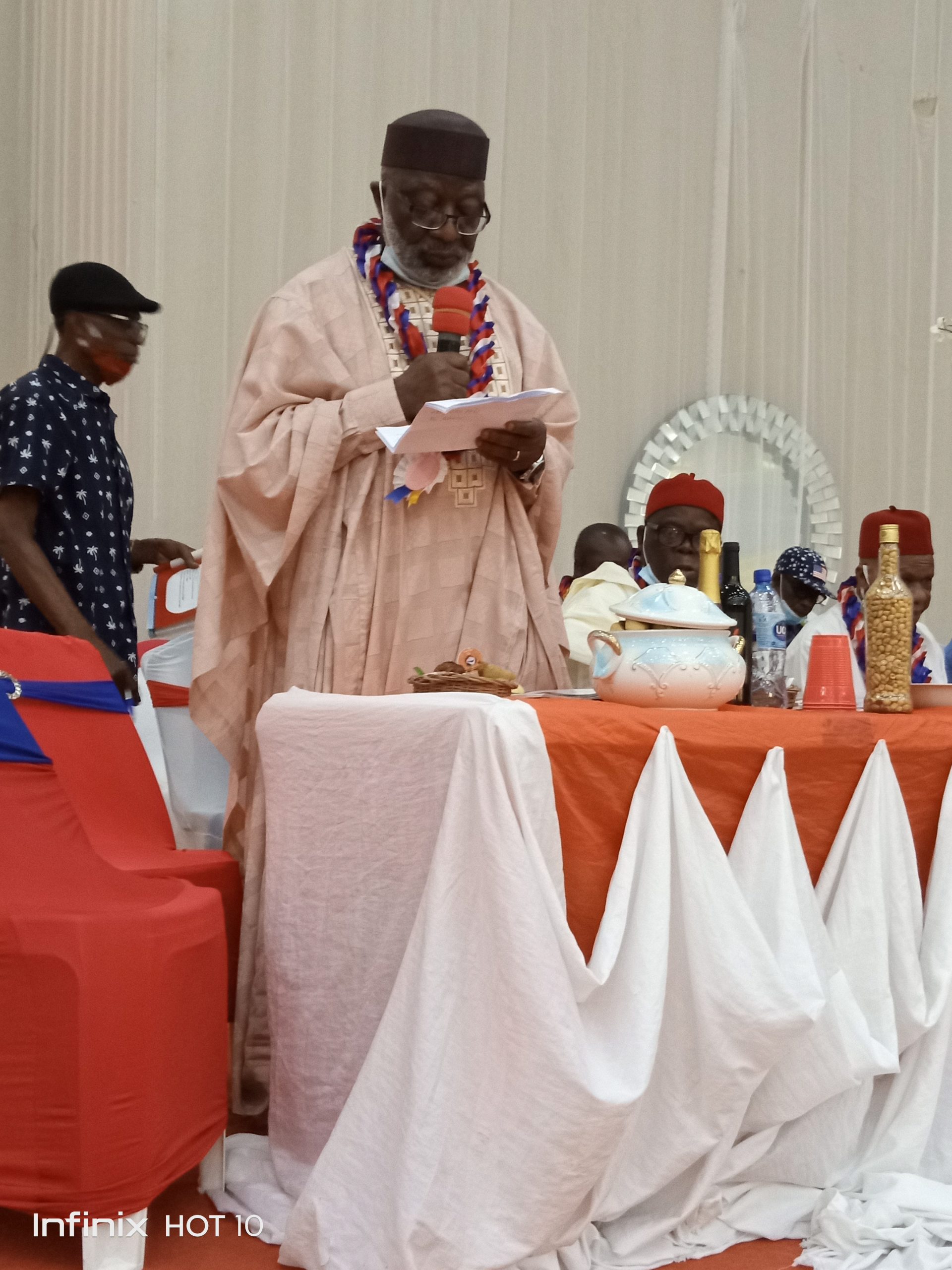 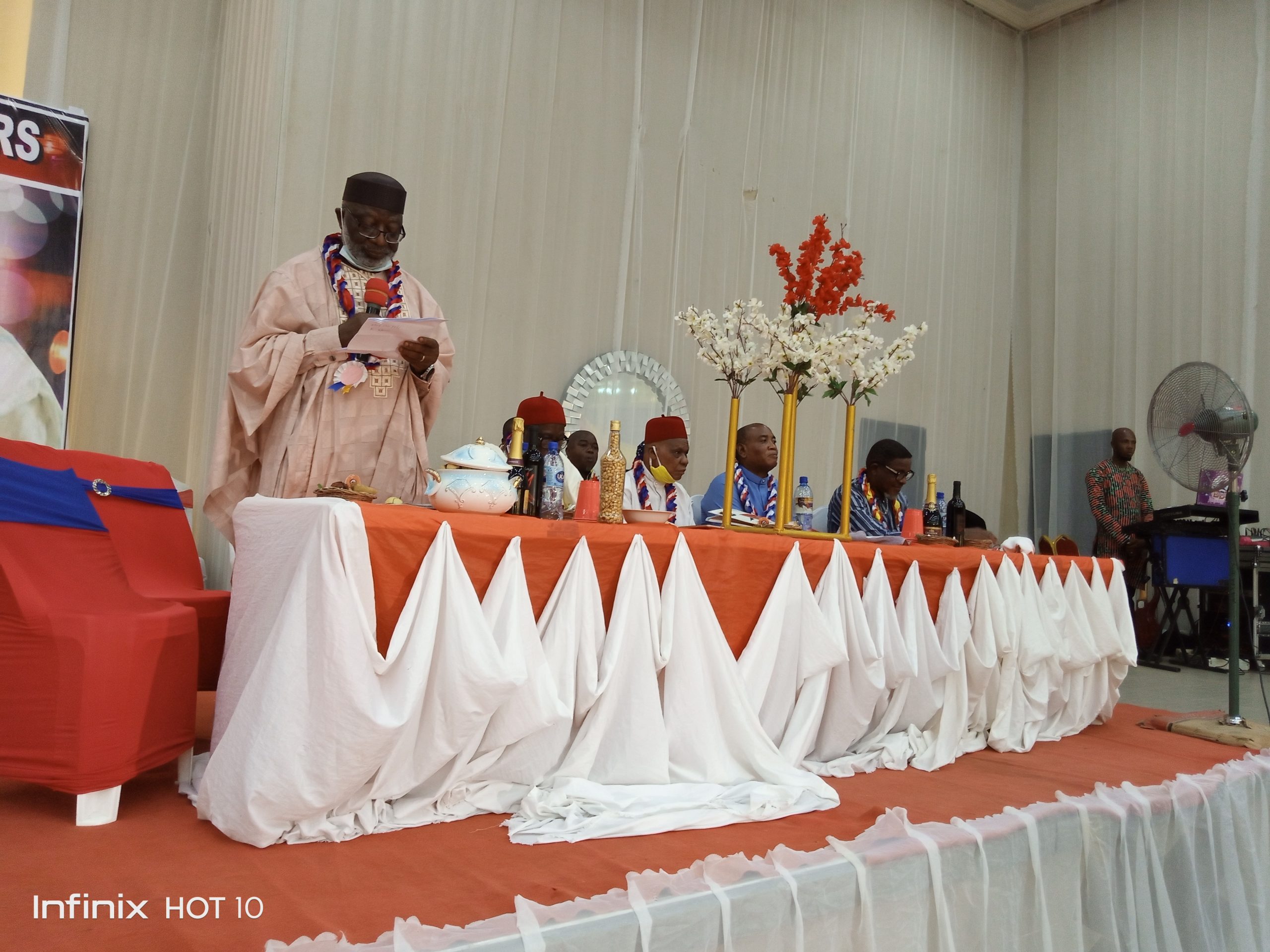 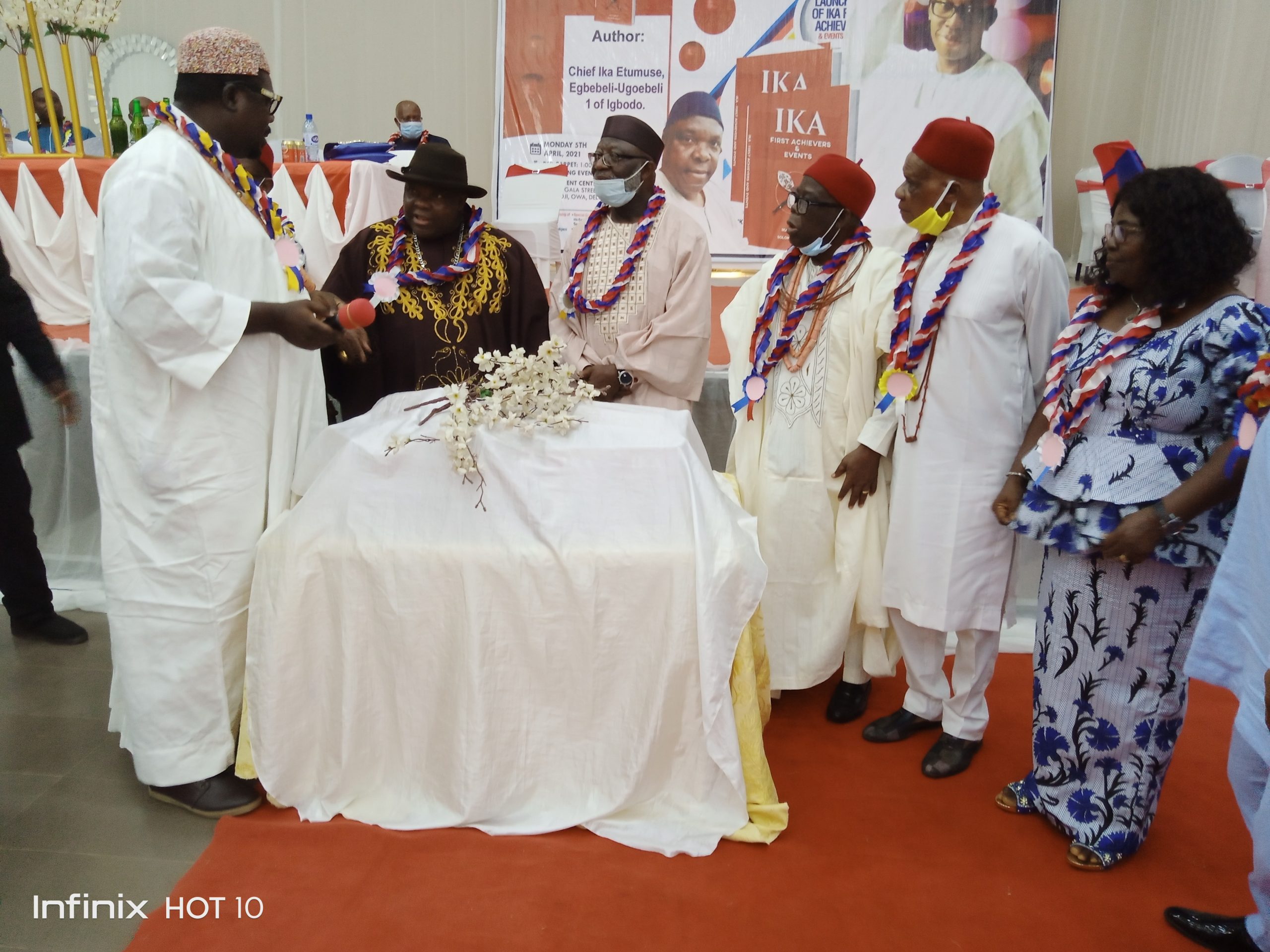 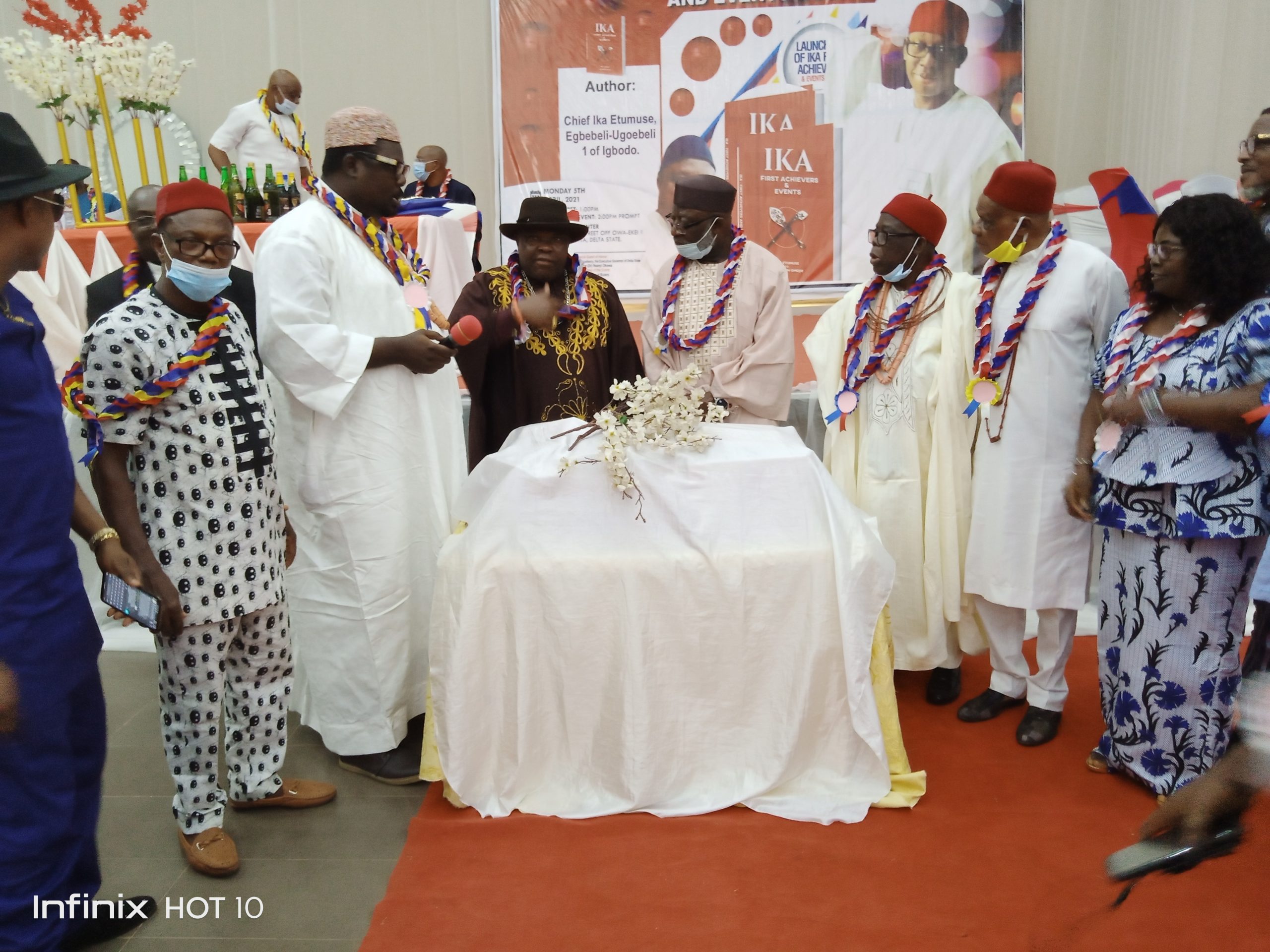 The book launch which was also a reunion and home coming of a good number of Ika sons and daughters was graced by traditional rulers, religious leaders, politician, academicians, business moguls, entertainers amongst others was chaired by Prof. (Prince) Leonard Obika.

In an interview with our correspondent the author disclosed that the book “Ika First Achievers and Event” which contain 245 pages is compilation Ika first achievers in various fields of endeavor. He noted that the book captured 250 achievers which according to him some have passed on.

He noted that there was need for Ika sons and daughters who have set records in various fields, to be credited for their achievements. He said the book is written to recognised, honor and appreciate these personalities for their extra ordinary achievements.

Continuing, Chief Itumuse stated that they have promoted the good image of the people of Ika nation, adding that they have impacted positively to the land.

The research which he said took him 3-4 years, captured 250 illustrious Ika sons and daughters, adding that those who are vast in the history of Ika nation can attest to the fact that those personalities contributed to the development of the nation.

Continuing, he said he was proud having contributed his quota to the development of his land. He added that the high value should be placed on the culture of Ika nation, urging that Ika language should be thought in homes by parents to encourage Ika speaking habit.

The Rector of Delta State Polytechnic,  Ogwu- Uku, Prof. Stella Chiemeke who reviewed the book, said the work captured Ika historic events and over 250 Ika sons and daughters identified, noting that 40 are dead while the rest are living legends.

Earlier in his address, the Chairman of the occasion Prof. Obika disclosed that the authors have contributed so much to the society particularly to Ika nation, noting that the book is a combination of personalities of all works of life.

Prof. Obika stressed that the book will help in educating Ika people as well as serving as a tool of motivation for others to advance in life, adding that the book is a preservation of the history, culture, heritage and tradition of Ika people.

The Chairman of the occasion however applauded the effort of the author and co-author for preserving the history of the achievements and success stories of Ika Sons and Daughters.