2019: WHY IKA PEOPLE SHOULD VOTE FOR CONTINUITY 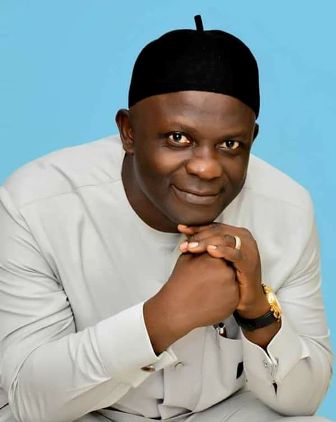 Recently those who want power at all cost in 2019 election has taken to the street the unrealistic campaign promises to the people on how they will turn IKA Nation into a Paradise if elected. I’m happy they are being rejected by the youths and the real eligible voters in Ika Nation.

I deem it very necessary to address the gullible minds of some few persons who have not been able to distinguish from Good and Bad, those who still see night club proprietors as philanthropist.  Sure, its very unfortunate that some persons are comparing drinking gathering with Legislative business. The Campaign is simple, those who know are how great show should be should face their Show and let Nwokolo who is more rooted in the legislative business continue his good works. SEE ALSO: I FEEL GREAT AT 80- Chief Emmanuel Chukwuemeke Nwaebo

Not so many persons knows the duties of the government, thus, they either under or over score persons who hold elective positions in government. Law making and Oversight of the Executive Arm is the major function of the legislative branch. A good legislator is the one who can make laws for the overall benefit of the citizens and the well-being of his constituency. Yes! Hon. Victor Nwokolo has proven to be a good legislator.

On legislation; they will come to tell you how dull and silent Hon. Nwokolo has been in the House of representative since Eight years, but I will want you to always ask them, how come he sponsored these bills?. I’m so sure all of us know that for a bill to succeed, it passes through 1st – 3rd reading.

Below are some of the Bills Sponsored by Hon. Victor Nwokolo within six years.

On the Constituency projects and Constituents empowerment, he has done so much for the people of Ika and Ika Nation.

Moving forward, there are speculations from those who don’t want to learn politics, but want to get to the top through rumor and fake claims of providing ghost items to Ika people that Hon. Victor Nwokolo is not performing. There is something so special about the Nwokolo, each time he want to help people, he always drop the camera at home. His left hand has never knew what his right hand gave to the people, he is simply simple.

Among other things, he has achieved the following:

2] Built an ICT Centre, equipped with 100 computers and a standby 40Kva generator for our youths to learn at Ewuru, Agbor

3] Built & equipped our Secondary Schools with modern furniture’s and laboratory.

Hon. Nwokolo is legislating, He is not shouting.

Hon. Nwokolo is empowering, He does not organize night Club.

(A Bright Pen in the Dark)