The Executive Chairman of Ika South Local Government Council, Hon Sunday Tatabuzogwu in a press briefing, held at his office on Thursday, 20th October, 2022, highlights some of the achievements of his administration, since he assumed Office in March, 2021.

Speaking, he said on his assumption of officer in March, 2021, that they anchored their administration on the philosophy of accountability and transparency, which he said is a hallmarks of servant leadership.

We ensured that we provided the conducive environment for officers of the local government, by renovating our dilapidated offices and refurbished them where necessary. We refurbished some of our official vehicles which had broken down and also provided office equipment

In community relations, we have maintained a good cordial relationship with our Traditional Councils, Community and religious leaders and have ensured that the local government holds its local Security Council meetings regularly. 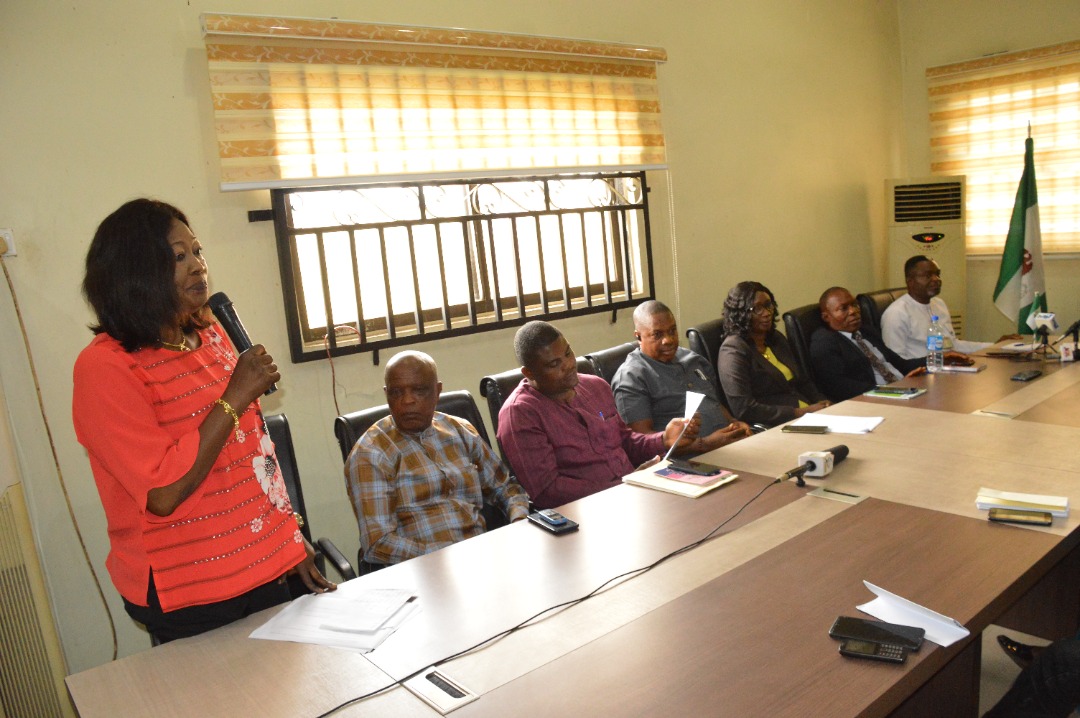 In order to curb the menace of incessant kidnapping in the local government area, we cleared and opened up about fifteen Kilometers stretch earth road linking Obianyima, Okpe, Oyoko and Ekuku- Agbor communities which served as hide out for the criminals. This strategy boosted our security surveillance of the area and hence, our local government area council has remained relatively peaceful.

Some of the projects and programs we have so far executed, are as follows: Second phase of the new Cattle Market;  de- silting and clearing of blocked drainages  and water channels within selected locations in the Local Government; renovation and of offices in the council, rehabilitation of Ika National Hall; Perimeter  Fencing of the Agbor Public Library and Council Staff quarters; Periodic Palliative Repairs of the failed portion of Agbor/ Uromi Junction Axis; Evacuation of  refuse dumps at Abavo Market; Enumeration and  Biometric Registrations of members of scrap metal dealers Association members in the local government; procurement of an additional Tipping Truck for Refuse/ waste collection and disposal in the local government and Finishing work on the Local Government Council New Vocational Skills Acquisition Center, Agbor

He concluded by saying that by the grace of God, they will take the local government council to greater heights.

He lauded the efforts of his Excellency, Dr Ifeanyi Okowa, the Executive Governor of Delta State for his untiring support, without which the successes he said they have recorded would have been impossible

He also thanked the staff and management of the local government council, traditional rulers, Community and religious leaders, security agencies and all other stakeholders who in one way or the other have contributed to the achievements.