Indigenes of Imo State under the aegis of Imo United Association Ika Chapter has held their end of year/award giving party in celebration of their achievements within the year.

The party which saw deserving members of the association conferred with life patron, patron and adviser was held on Sunday 11th November 2018 in Ika North East. 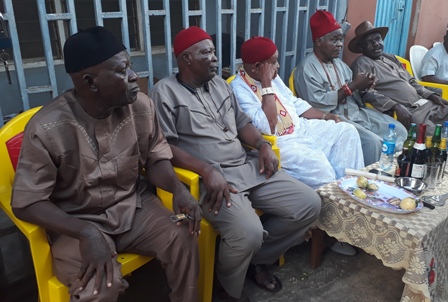 He thanked God for the relative peace they have enjoyed in Ika land, saying that Ika people have shown cooperation and their abilities to co-exist peacefully, adding that but for the peaceful co-existence, the association would not thrive in Ika land. Referring to Dr. E.O Efeizomor, Obi of Owa as a friend of the association, he stated that the Monarch has been welcoming and encourages them with his words of wisdom.  He advised other Imo indigenes living in Ika, and yet to join the association to join them to raise a new generation for the association. He prayed for the peace of Nigeria, maintaining that progress can only take place when there is peace. 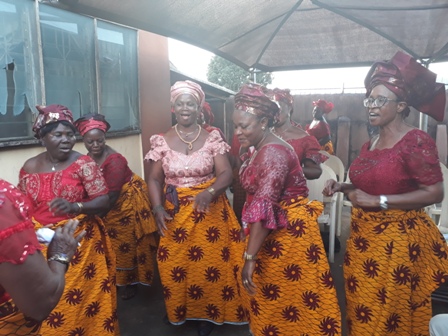 The Chairman of the association, Nze Jude Chinyere said the celebration of their end of the year /award presentation was triggered by the need for the association to appreciate those who stood to made the association a reality, despite challenges and glitches experienced in the early stages. He explained that during their time of crises the awardees stood by them, hence the award of honour and recognition bestowed on them.

He urged Imo people in Ika land who are yet to identify with them to do so, reasoning that United they stand. He described the host community as hospitable and good people. He noted that the association is at peace with the people. 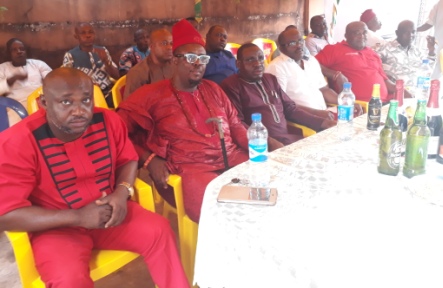 Sir Alex Ihieme KSC, a onetime Chairman of the association and an awardee, disclosed that having served the association meritoriously in time past, he was considered worthy to be conferred as the adviser of the association. He expressed happiness at the elevation, stating that he sees it as a plus in life. Sir Ihieme declared that he is proud and happy over the conferment, reasoning that his being recognised lead to the conferment. Having been in Ika land since 1974, he said the people are accommodating and see each other as brothers. He posited that the relationship of the association with the host community is cordial.

The ceremony was attended by various groups of Igbo extraction, including good friends association, the Emirs, Progressive Union among others.