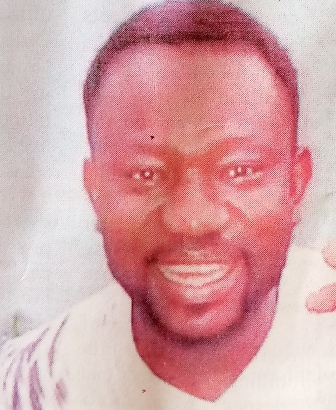 Each tier of government in Nigeria, the federal government, state government, and the local government council, all have the mandate to some sources of Internally Generated Revenue, (IGR) as one of the ways to get the necessary monies needed to carry out her constitutional duties.

The various tiers of government also reserve the right to constitute bodies to help generate the fund which may be in form of Boards, Committees, Agencies, or Taskforces. In all, the purpose of such an establishment is to ensure that people abide by the law and obey the government directives and decisions.

In a proper scenario, the prerogative of a Taskforce is to ensure that the people obey the laws as enacted by the government that constituted it, and not to assume or function as a department or as a government ministry because their tenure of operation automatically elapses as the tenure of whoever is at the helm of affairs that appointed or constituted the taskforce elapses.

The case of the New Building Taskforces in Ika South which is not just one task force that was constituted by cannot be likened to the situation above as the various taskforces have made themselves lords of the Manor in the Local Government.

The New Building Taskforce in Ika South with the support of the Local Government Council has not only become a lawless group but has turned into a full department, taking over the duties of the Revenue Department in Ika South Local Government Council. This has become so, as anyone who intends to start up a building project cannot pay into the local government coffers directly but must have to go through one of the committees depending on the place such one intends to start up the project because the council has divided Agbor metropolis into segments and each of the areas is manned by their political stooges.

Several reports reaching our office show that the problem now is that when one goes to the council to pay for the new building development fee, one is directed to deal with the Taskforce in charge of the location one intends to start up the building project but unfortunately, the Taskforce which was constituted to ensure that people obey the law has become law to itself. Their duty was supposed to be to go for offenders, and not to serve as a revenue unit of the local government council where payments must be made or not be made as the case may be.

Now, the major problem is that these taskforce members who connive with some council officials, when an intending developer goes to them, hike the stipulated amount by over 500 percent and warn that if the developer does not pay, the developer should not attempt to start up the project.

These taskforce members, who are majorly thugs and cultists, beat up workers at the site, in some cases inflicting serious injuries on their victims.

Recall the case of the late Mr. Lucky Nwaki who was killed by one Ololo, a member of the building Taskforce in August 2017 during the tenure of Barrister Victor Okoh.

Ololo, his nickname who was convicted and sent to prison for the killing of Late Mr. Lucky Nwaki, is now the Task Force Chairman of one of the areas carved out by the Local Government Council, whereas the family of the late Nwaki said they have not been considered for compensation. This is appalling and it depicts the insensitivity of Ika South Local Government Council to its citizen.

It is however an irony of fate that a man who killed his fellow human being and was sent to jail is now back to his duty post in a government establishment, while the family of the murdered person remains uncompensated.