The Okparan-Uku, represented by Elder Vincent Melekwe and members of Owa-Ekei Community  in Ika North East Local Government Area of Delta State have unanimously condemned the publication by Citizen Miracle Ogor, a Germany based Son of Owa-Oyibu Community. According to them, he is tarnishing the good image and reputation of their son, Hon, Dcn. Moses Iduh, who is the Chairman, Peoples’ Democratic Party (PDP), Delta North Senatorial District and 1st Vice-Chairman, of PDP Delta State, on social media (Ika Times Online Newspaper).

He further disclosed that the community might be constraint to write to the German Embassy in Nigeria and the Directorate of State Service [DSS] if Miracle Ogor  refuses to stop destroying the good image of Owa-Ekei as a Community and their son,Dcn. Moses Iduh.

Speaking further, the Okparan noted that as the eldest man in Owa-Ekei Community, he was aware that no family member of Dcn. Moses Iduh is an Aide to the Executive Governor of Delta State, Sen. Dr. Ifeanyi A. Okowa, neither are they receiving salaries from the Government through politics. He further stated that it is only those members of Owa-Ekei Community who have worked and contributed so much to the growth and progress of PDP in ward-6 precisely, are the ones compensated with political positions.

AM AGAINST INJUSTICE IN OWA KINGDOM, NOT THE MONARCH -Miracle

According to him, no member of Owa-Ekei Community is complaining that Moses Iduh is marginalizing them or hijacking all the prominent political positions zoned to Owa-Ekei Community, contrary to Ogor’s report.

“It is on record that no direct member of Iduh’s family has benefited from political programmes, appointment or any form of empowerment. We, the members of the community wonder why Miracle Ogor is taking delight in spoiling Moses Iduh’s good reputation. Moses Iduh is our son. He has done us well and we are satisfied with the way and manner he has been carrying every member of Owa-Ekei community along when it comes to politics. I can attest to the fact that several persons in Owa-Ekei community in particular benefited from Dcn. Moses Iduh’s kind gesture. Aside the distribution of palliatives by government functionaries, we also got stimulus package from Iduh to cushion the effect of the lockdown,” he said.

In a similar development, the Okparan of Idumu-Ebuor quarters in Owa-Ekei, Pa. Ottah Ifeanyi stated that although the community does not wish to take sides as it is a political affair, yet, it wishes to clarify issues for the benefit of doubt. According to him, “Emeke Asiwe and Mrs. Ngozi Onyedum are both children of Owa-Ekei community who are residents of ward 3 Boji-Boji Owa, and are active participants in the politics of ward 3, which is the reason why Mrs. Onyedum Ngozi gains the confidence of ward 3 and was elected as the woman leader of PDP Ika North East Local Government Area .Emeke Asiwe on the other hand was one time youth leader of PDP Ika North East. The appointment of special assistant to the Governor of Delta State is considered a personal prerogative of the Governor in line with Nigerian constitution.”

He further stated that all right thinking minds that are abreast with Governor Okowa’s political ideology knows those who worked for the success of his election as a Governor and accordingly, all wards in Delta State recommended a number of persons from their various wards for appointments.

The Okparan also disclosed that Owa-Ekei community is aware that His Excellency Governor Okowa has been very fair in making appointments to compensate committed party members. 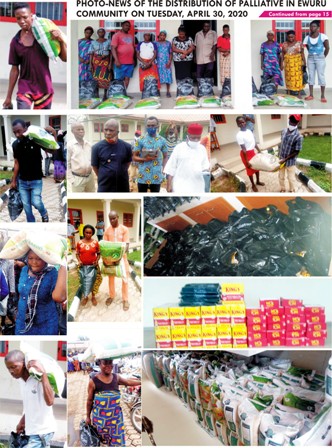 Also speaking with Ika Weekly Newspaper reporter, the President of Owa-Ekei Development Union (ODU) Ven. Balmer E.O. Melekwe in his remark, advised Miracle Ogor to concentrate on the reason for his mission to Germany and desist from destroying the reputation of Dcn. Moses Iduh. The Cleric also advised him to channel his intellect to uplift the status of his family and Owa-Oyibu community where he hails from, instead of seeking malicious publications against the sons and daughters of Owa- Ekei Community. He encouraged Miracle Ogor to shun lie telling and uphold honesty, truth and sincerity with good conscience in dealing with humanity.

Continuing, the O.D.U president advised Miracle Ogor to desist from castigating innocent and noble personalities in Owa-Ekei community as failure to do so, else he will compel the community to seek the intervention of the German Embassy Directorate of  Security Service (DSS)  to conduct full scale investigations about his personal antecedent, his illegal migration to Germany and consequent extradition, as he who comes to equity must come with clean hands.

To buttress his points Ven. Melekwe on behalf of the O.D.U members informed that Dcn. Moses Iduh grew through the ranks and files of PDP, saying that he started his political career as secretary of PDP Ward-6 and progressed to the Assistant Organizing Secretary  at the state level; to Organizing Secretary; then to the Chairman, PDP Delta North Senatorial District; and currently, he is occupying the position of the Senatorial District Chairman of the party and 1st Vice Chairman, PDP Delta State. He noted that Dcn. Moses Iduh while serving in the various political positions listed above, has demonstrated integrity, honesty, stewardship, humility and above all has shown genuine commitment to the progress and prosperity of the People’s  Democratic Party (PDP) as he left no one in doubt of his capacity to take applicable responsibility in delivering efficient service to the people of Delta State. He also noted that Dcn. Moses Iduh is answerable to his constituency, Delta North Senatorial District in particular and the entire Delta State and not just limited to Ward-6 PDP politics.

At the conclusion of deliberation taking cognizance of all the aforementioned questions eliciting for answers, the community resolved that the publication of Ika Times Newspaper was specifically targeted on damaging the reputation of their son Moses Iduh and indirectly fabricated to create disunity among the three communities that made up ward Six: Owa-Ekei, Owa-Ofie and Owa-Alizomor. 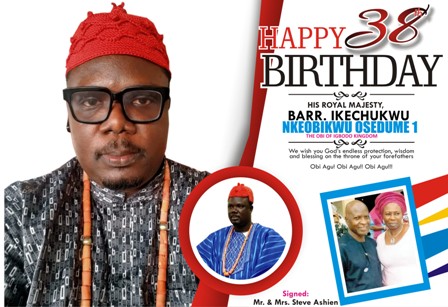