It was indeed a great feat recorded by members of Akumazi Progressive Union, APU, Port Harcourt branch, River State, as they launched their APU maiden magazine edition of ‘GWA AKUMAZI MAGAZINE’, on Saturday, May 22, 2O21.

The epoch-making occasion which was held at Tokyu Grand Hotel Annex, Rumuomasi, Port Harcourt, was attended by HRM Obi Henry Ezeagwukpo Jegbefume 1, Obi of Akumazi Kingdom with some of his Chiefs, HRH Eze Bunwo Adele, Paramount ruler of Rumuomasi, Dr. Kayode Thomas, Hon. Charles Aniagwu, who was represented, Mr. Greg Omeife, APU Executive members from other branches in Nigeria, among other dignitaries. 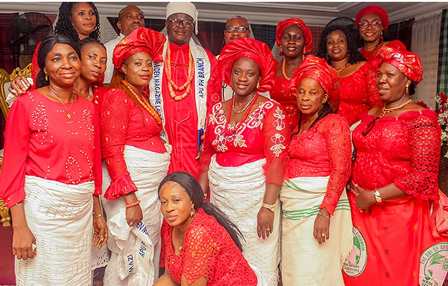 In his welcome address, the President of APU, Port Harcourt branch, Engr. Chukwuenweniwe Matthew Ndubuisi expressed great joy and gratitude to God for the safe arrival of all those in attendance, saying that he is truly overwhelmed with happiness.

He also appreciated all who contributed towards the success of the magazine as well as the growth of the Association, hinting that he is indeed elated. 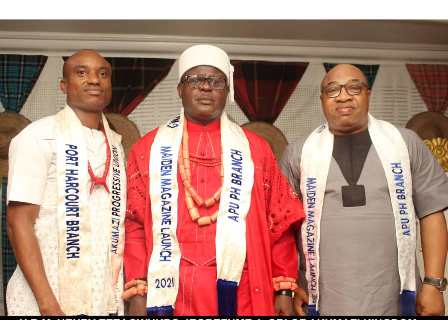 Engr. Chukwuenweniwe Ndubuisi stated that the magazine was supposed to have been launched on Saturday, April 4, 2O2O, but said that the event was postponed because of the Covid-19 pandemic.

He maintained that since the present APU executive was inaugurated in 2O19, the Association has recorded remarkable achievements, adding that some of the successes achieved include, improvement in cultural values, improved relationship with the Obi and CWC, improved member’s welfare, launching of GWA AKUMAZI MAIDEN MAGAZINE, among others. 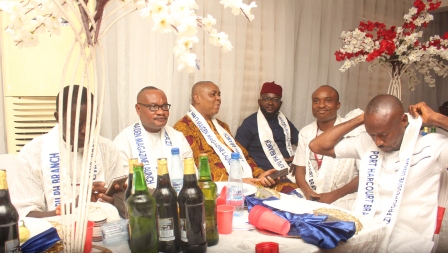 The PH APU President used the opportunity to announce to all present that the Association wishes to purchase a plot of land and build a secretariat suitable for their meetings.

He prayed to God to reward, guild and protect them as they return to their various places.

On his part, the chairman of the occasion, Dr. Kayode Thomas praised the Association for encouraging traditional and cultural sustenance, pointing out that many cultures have gone into extinction due to neglect.

He added that the event will help to sustain and uphold traditional and cultural values of Akumazi and Ika land in general, adding that he will always support any event about Akumazi as well as all Ika-speaking people.

Dr. Thomas revealed that most of his friends and classmates are from Ika land, saying that he is always happy around them.

Share
Previous NIGERIA: WHO IS NOT A dot IN A CIRCLE? BY AUGUSTINE OMILO
Next OHUMERE COMMUNITY PASSES VOTE OF CONFIDENCE ON OKOWA AMIDST CRY FOR HELP