JULY 18: REMEMBERING THE LIFE AND TIMES OF NELSON MADELA 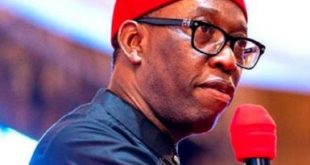 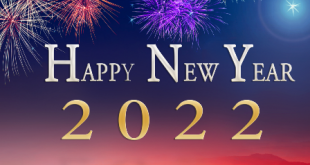 Happy New Year and Appreciation to Our Stakeholders

In November, 2009, the UN General Assembly unanimously voted to commemorate the lifetime service of Dr. Nelson Rolihlahla Mandela. This affirmation stipulates that the birthday, July, 18, of the South African anti-apartheid activist and philanthropist be celebrated yearly. This day was thus named Nelson Mandela International Day. It was motivated by the achievement of the former South African President towards peace and freedom. The day is a reminder for everyone to take action towards making our community a better place.
Nelson Mandela cut his activism teeth as an undergraduate though became toughened while practicing law in Johannesburg. It was here that he joined others to establish the African National Congress, ANC, with an underlying motivation to topple the apartheid regime in his country. He faced many seditious charges in court which culminated in 1962 when he was sentenced to life imprisonment by the white Minority Government. While in prison, his co-activists such as Oliver Thambo, Bishop Desmond Tutu and Thabo Mbeki, took shelter in Nigeria with massive support from the then federal government.
Due to sustained international pressure, President F. W.de Klerk released Mandela through political negotiation in 1990 after about twenty seven years in jail. He subsequently emerged President of South Africa in a multiracial election held in 1994. He served only a term despite pressure to continue in office. Though out of government, he remained an international peace ambassador until his death on December, 5, 2013 at the age of 95 years. He won the Nobel Peace Prize in 1993 and remained a cult figure in South Africa and even beyond.
As the world celebrates Mandela, we should all use the period to reflect on our contributions to society. Are our contributions to society capable of making positive changes? What legacies can we be remembered for? Do we go to bed well fed while our neighbour wriggles in bed on an empty stomach? The conditions from where Late Nelson Mandela rose to become a known figure across the world are present in Nigeria; even in Ika Nation. In the midst of state sponsored tribulations and denials of basic comforts, he chose to remain steadfast on the side of the downtrodden. He could have negotiated his freedom and settle for law practice. He didn’t buckle. He even divorced his wife, Winnie, who stood with him throughout the dark years he marked time when she deviated from his ideology of integrity. He had a choice between his family he loved and the country he needed. They were difficult choices and he did not hesitate to take bold decisions. He lived a life of sacrifices.
In our environment, the politicians flaunt affluence when workers are not paid salaries. In the midst of this, they decide their salaries and allowances, choosing the currencies they want. The pastor has the best cars amongst his congregation. Church members contribute from the little they earned to build schools that their kids and wards can’t afford. The employer pays his staff salary that can’t provide them accommodation. The police chief preaches that bail is free but only the fool listens to his hypocrisy.
There is one route for us all to get out of the woods. We need Mandelas who are willing to sacrifice without compulsion. We need leaders who give instructions from the front. The people get the leaders they deserve. The crispy notes offered to us at the polling booths cannot settle all our bills on Election Day. Why do we exchange our power to vote right for blood-stained money? Let the reminiscence of the life of Late Nelson Mandela be a constant reminder that the best way to live, is to invest in humanity. As encapsulated in the word of the late sage, “what counts is not the mere fact that we have lived. It is the difference we have made to the lives of others that will determine the significance of the lives we lead.” We can surely do it. Let’s give it a chance. 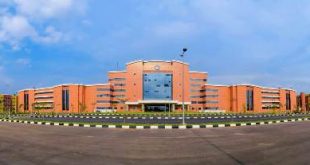 The Publisher, members of Editorial Board, Management, and staff of The Ika Weekly Newspaper, congratulate …