Taiwo Akinlade and Timothy Abidemi Lekan after about six years of their murderous crime have been sentenced to life imprisonment in a judgment passed by Justice O.A Musa of the Federal Capital Territory High Court Bwari, Abuja, for the murder of Sylvester Emefiele, from Ewuru, Agbor, in Delta State and an employee of the Nigerian National Petroleum Corporation (NNPC). 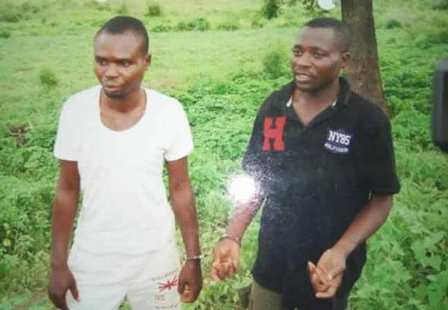 Taiwo Akinlade and Timothy Leken, both commercial drivers, reportedly killed their victim, Sylvester Emefiele after his abduction on the night of September 23, 2012.

However, three conspirators; Saidi Baba Tunde, Banjo Olaniyi and Saliu Afeez, were discharged and acquitted, two of whom were said to have bought items belonging to the deceased and the third said to have prepared the charm that made the victim unconscious for weeks.

The accused persons were said to have confessed to the crime during investigation. There are to spend the rest of their lives in Kuje Prison, Abuja.