KOKA FLYOVER TO BE OPENED FOR PUBLIC USE DECEMBER 15 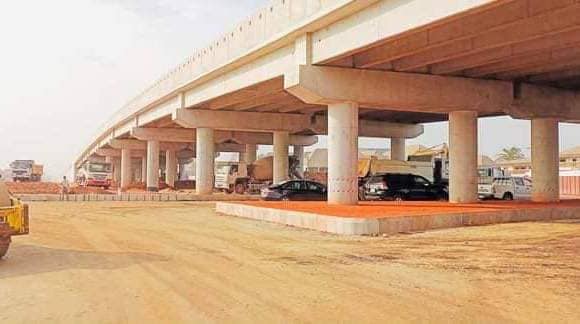 KOKA FLYOVER TO BE OPENED FOR PUBLIC USE DECEMBER 15, SAYS OMODON

Motorists need not bother about likely gridlock on the Koka Interchange (Flyover) axis of the Asaba/Onitsha expressway at yuletide as the bridge would be open for public use on December 15, 2022.

The Delta State Commissioner for Works (Urban and Highways), Mr. Noel Omodon, who disclosed this to newsmen after his inspection of the Koka bridge on December 7th 2022, expressed satisfaction with the progress of the project.

According to Omodon, ”we are rounding up now; we are trying to conclude the project. We are working on all the adjourning traffic lanes under the bridge. Meanwhile, they (the contractor) are applying asphalt on the bridge which is like the final structural phase excluding the furnishings such as lighting and painting.

‘Hopefully, we will get the bridge ready for this yuletide to control any likely surge of traffic on this axis. By December 15, 2022, we should have opened this Koka bridge for use by smaller vehicles because the bulk of the traffic involves buses and cars.