The Bishop of Issele-Uku Diocese, His Lordship, Michael Odugwu Elue noted that late Chief Solomon Chukwuma, the Ochudo of Akumazi kingdom was a man of the people and an epitome of wisdom.

The Bishop made this disclosure on Saturday 31st July 2021 in his homily during the one-year memorial Mass for late Chief Solomon Chukwuma held at St. John the Baptist Catholic Church, Agbor. 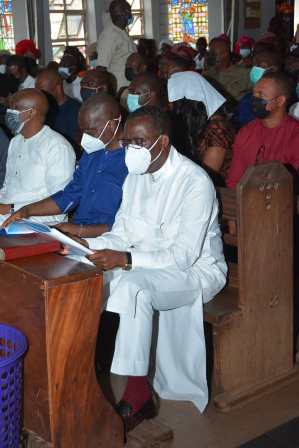 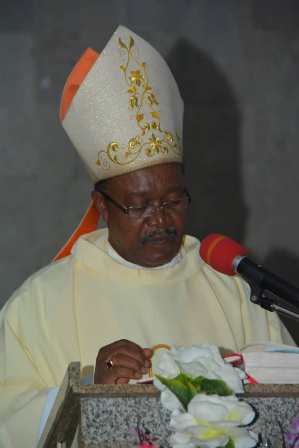 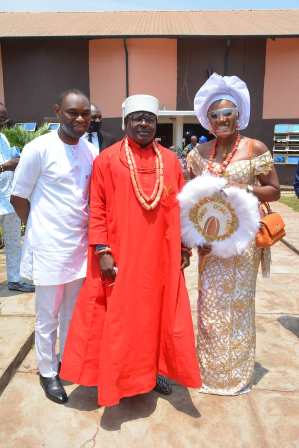 He pointed out that Chief Chukwuma died during the outbreak of the coronavirus pandemic and was not properly mourned the way he ought to. The Bishop maintained that during that period, almost everyone who died was suspected to have died of the pandemic including the aged and even those vaccinated of the deadly pandemic.

Continuing, he pointed out that death is not the end of life but, the beginning of a new life. He urged all to prepare themselves and be conscious that life will come to an end someday. Bishop Elue noted that as Christians, we should be hopeful of resurrection on the last day, and always recall the baptism we share with Christ and implore God’s mercy.

He said Chief Chukwuma shared in the water of baptism with Christ and was nourished with the sacrament of Holy Eucharist, adding that almost everyone admired the qualities of the Ochudo of Akumazi kingdom and prayed to God to forgive his trespasses and usher him into His heavenly kingdom.

While admonishing the bereaved family to take consolation from the fact that their father, brother, and uncle died in the Lord, he called all Christians to have a sober reflection of their lives, cross-examine themselves, and make amends where necessary, saying that tomorrow may be too late.

The memorial ceremony which was continued the newly built Vienna Arena at 313 Old Lagos/Asaba Road, Agbor, was graced by highly notable personalities to include the Governor of Delta State, His Excellency Sen. Dr. Ifeanyi Okowa, traditional rulers, business mogul, academicians, religious leaders, and others.

Mrs. Kate Chukwuma noted that the death of her dearly beloved husband was like yesterday, adding that it is still fresh in her heart. She said Chief Chukwuma was a loving husband and good father to their children.

She said they both toiled together to achieve their set goals, but just at the time of relaxation, the husband vanished into thin air, adding that she misses her ever-smiling husband who according to her was a man loved by all.

Continuing, Mrs. Chukwuma pointed out that her husband was somebody who would go extra mile for the comfort of everyone. She prayed to God to grant him eternal rest.

According to his eulogy, late Chief Solomon Chukwuma was born into the family of late Pa Chukwuma of Akumazi-Umuocha, Ika North East Local Government Area of Delta State in the year 1956. He started his basic education in Benin city and proceed to the prestigious Anglican Grammar School Ubulu-Uku.

He was nicknamed “Solo Hit” he worked in Ika Local Education Authority of the then Bendel State and voluntarily retired in the year 2010.

Solo Hit was a man of exceptional human qualities who took the responsibility of others to himself. His exceptional qualities earned him numerous leadership positions in different groups. He was made the Ochudo (Peace seeker) of the Akumazi kingdom by HRM S. C. Osagie III for his relentless efforts for peace.