The Institute of Corporate and Public Administrators of Nigeria (ICPAN) on the 25th of September, 2021, honoured some elites in the society during their 2021 fellowship with a doctorate award, among the awardee was Lucky Udu. 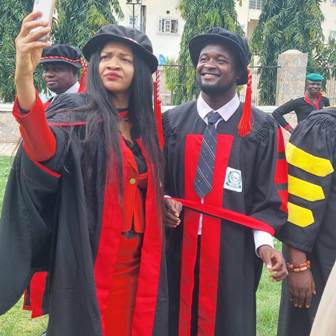 Mr. Lucky Udu hails from Ika North East Local Government of Delta State. He was born on the 2nd of June, 1997.

He lost both of his parents before he even knew who they were. Though it was a rough ride, he has successfully completed his first degree in English Language at Elizade University and he is the C.E.O of Lucky Udu Studio Ltd. 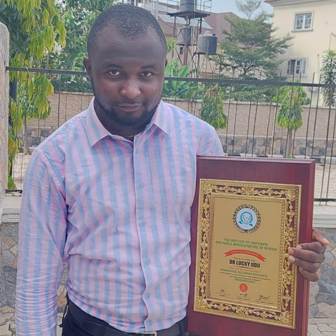 For over five years now, Mr. Lucky Udu has been a noteworthy speaker on the social media space with over 60 million followers.

He shares a passion for community service and national development. With a platform of over 250,000 followers on Facebook, he has drawn the attention of millions of people across Africa to some of the major vices that constitute a backward society.

A filmmaker, poverty activist, and speaker, Lucky Udu is determined to investigate the ills of society and propagate the high ideals of morality, industry, and selflessness to the course of the less privileged in the society.

Inspired by the death of his parents, his filmmaking mastery, and the voice of an activist, he creates captivating and impactful content that provokes and inspires a global audience on social media and so far has received consistent applause from notable men and women in society.

It was observed that during the induction in Abuja, Lucky Udu stood the youngest amongst the awardees.