A rather bizarre situation was recently unraveled at the premises of the Magistrate Court I, Agbor as normal proceedings was prevented due to the presence of charms and other fetish objects blocking the three entrances into the Magistrate court. Each of the doors was 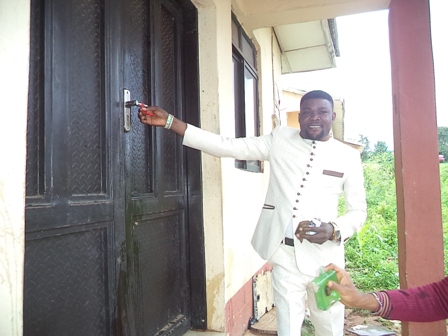 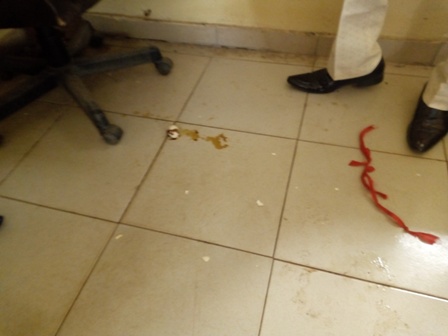 Magistrate Court officials, barristers, litigants and all others who had one business or the other to do in the court, were seen in a state of confusion and apprehension, as they dreaded going anywhere near the Magistrate court’s entrances for fear of being harmed or jinxed by the charms.
It took the intervention of some known men of God invited on the behest of the Magistrate to salvage the situation. They conducted fervent prayers and sprinkled anointing oil on the charms before going ahead to remove them from the court’s entrances.
Efforts made by Ika Weekly Newspaper reporters to get comments from the Magistrate and Court Registrar proved abortive as they declined speaking on the issue, but from all indications, the charms were placed to stall court proceedings and instill fear on all present at the scene. The Magistrate however, insisted that work must go on after the men of God had sanctified the arena and assured of the dispersal of every evil and demonic manifestation. 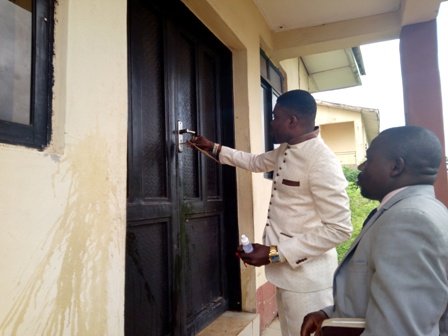 Speaking with one of the Pastors who conducted the spiritual cleansing of the Magistrate court, Apostle Okenye Chuks Elisha of Wind of Change Deliverance Ministry, Agbor who is popularly referred to as “Baba Fire,” he stated that the charms were meant to jinx anyone who dared come close to the entrances, but that the almighty power of God had neutralized their evil potency and sanctified the whole Magistrate court premises. He gave the perpetrators of the evil act just one week to confess their sins and repent of their evil ways or face the wrath of God.